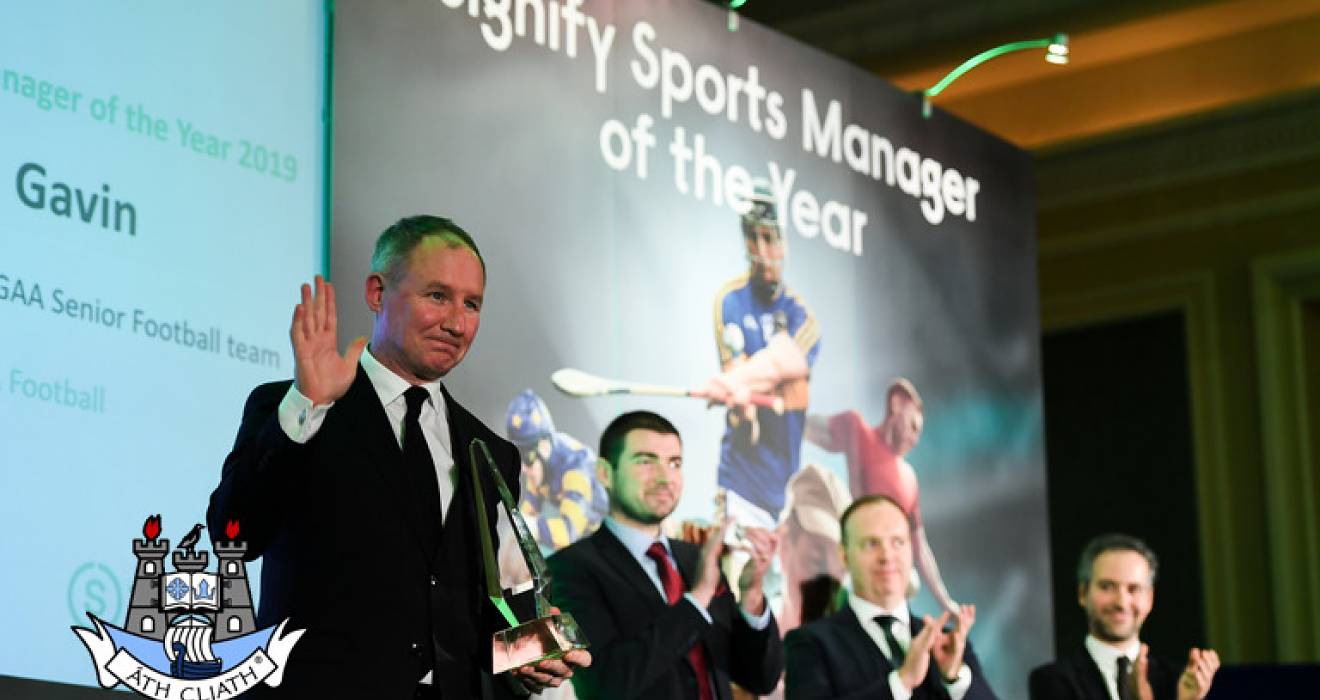 Six-time All-Ireland winning senior football manager, Jim Gavin, was today' announced as the Signify Sports Manager of the Year after leading the Dubs to a historic five Sam Maguires in-a-row.

Jim called time on his tenure last weekend as he 'hands on the reins' and spoke about both his decision and time in charge.

"After every campaign, after every championship run, you have to reflect upon the season that is gone," said Jim.

"I took that time to deliberate on what is best for my family, my work and obviously the football team as well.

"The conclusion I came up with at the end was that what was best to allow the team the space to grow again was for me to simply hand the reins on."

Jim admitted it was a hard decision to come to: "It was. I have been involved for 12 years as a manager of Dublin football teams, be it under-21 or senior level.

"Absolutely it has been a massive part of my life. I have loved every moment of it. I had a great journey, great times, worked with a phenomenal and exceptional group of players.

"I'm really honoured to be able to share my coaching and managerial journey. I have been surrounded by a great backroom team who have supported me really well. I'm honoured to hand it over to someone else.

"It's a choice you make. I had no issue giving the time I gave. One's life is defined by the choices you make. I volunteered my time and I'm proud of being involved with it.

"I won't have any regrets, that is for sure. I gave it my all for as long as I could. I'm just really excited for 2020 and excited for the team and to see what will happen with them."