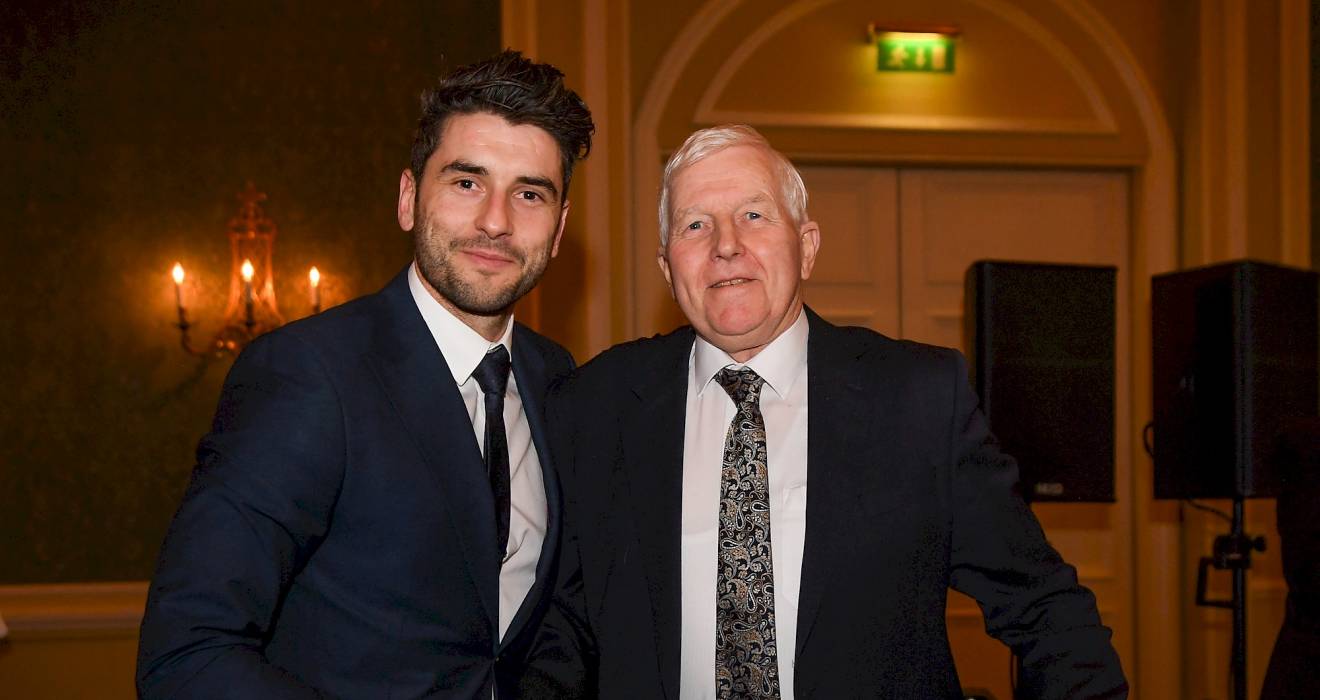 Dublin GAA wishes to pay our deepest respect and offer our condolences to the family and friends of Dublin footballing legend Johnny Joyce who passed away this week.

The St Vincent's clubman was an All-Ireland SFC winner with the Dubs in 1958 and is the county's second highest goalscorer ever, his intercounty playing days stretched from 1956 to 1963.

During the All-Ireland SFC winning season of 1958 Johnny's goal-scoring heroics were central to their success, hitting 5-5 that summer.

In the 1960 Leinster SFC Johnny scored 5-3 'officially' against Longford in a provincial quarter-final, another goal that he scored was 'officially' recorded as an own goal.

Last December Johnny, along with several of his team-mates from the 1958 All-Ireland winning panel, were guests at the current Dublin panel's All-Ireland medal presentation night.

He was loved and admired by all, on behalf of Dublin GAA I would like to offer our sincerest condolences to his family and friends. Ar dheis Dé go raibh a anam dilís. 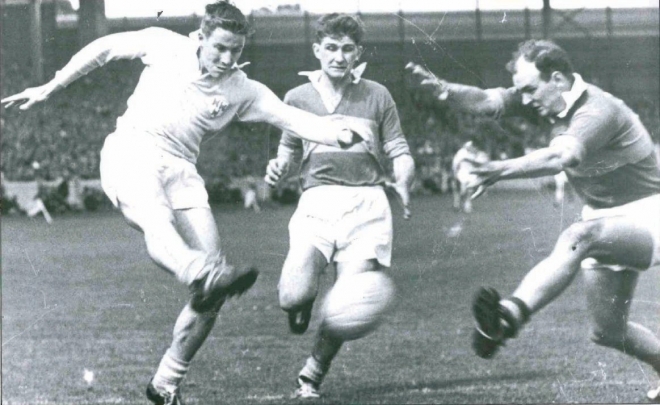 Last summer Niall Scully of the Herald interviewed Johnny Joyce for the Decades of the Dubs magazine series, here is that interview.

'The man with the golden boot - Cyril walked around the pitch to take me off. Then I scored a goal ... and another!'

Decades of the Dubs - The 50s/60s: Johnny Joyce, the player famous for scoring 6-3 in one game, tells of the Championship exploits that ensured his place in the history books of Dublin football

Johnny Joyce. The Dub who put six goals in the Longford net. People still want to talk about it.

It was in the Leinster SFC quarter-final of 1960 in Cusack Park, Mullingar. All these years on, Johnny sits at his kitchen table just up the road from Parnell Park.

A smile lights up the memory.

"Cyril Freaney was a selector and he said to me going out: 'Get this over with, quick!'"

Johnny obliged. He scored three goals within the opening ten minutes. He finished the day with 6-3. Match reports at the time attributed 5-3 to Johnny, calling one of his six as an own goal, but the prolific St Vincent's forward says it was definitely six of the best!

"It was a once-off. The match was played over 60 minutes, so the record will always stand. But it's what you do over a season that really counts."

In 1958, as the Dubs won the grand slam securing the NFL, Leinster and All-Ireland titles as well as the O'Byrne Cup and Brendan's Cup that the Dubs played in that season, Johnny was in the form of his life.

He scored an incredible 18 goals and 22 points over the course of the year, including 7-8 in the league and 5-5 in the championship.

"I played as a kind of a roving full-forward. I was surrounded by very clever footballers."

In the '58 All-Ireland semi-final against Galway, Dublin were in trouble.

"We were five points down with less than ten minutes to go. There was no manager as such. The five selectors would make the call. They decided to take me off. But Cyril Freaney, one of the selectors, didn't agree.

"In those days, they didn't have any boards to hold up for substitutions, so Cyril was told to walk around the pitch to tell me. The Hogan Stand was getting built at the time. There were no spectators on that side.

"But there were still well over 70,000 at the game. The place was crammed and you couldn't hear anything. As Cyril said later, he was taking 'baby steps' to come around to me because he felt I should be left on!

"As he was walking around the pitch, I scored a goal. He wondered what should he do now. Then I scored a second. So he said to himself there's no way I'm taking Johnny Joyce off, especially in front of the Hill!"That was a great Galway side. They drew level again, but we won it with the last kick of the match, a 14-yard free [from Ollie Freaney]."

On Johnny's kitchen wall, there's a picture of that Dublin team on '58.

"It's a different game now. Paddy Kennedy of Kerry had a big impact on me when I was a young fella. The way he used to soar into thesky to catch the ball. It was something I tried to perfect myself."

In the Scoil Mhuire yard in Marino, Johnny would practise jumping as high as he could. He always put in the extra hours on his own, honing his skills.

And the spring he developed as a kid stood to him all through his career.

"Anticipation is such a crucial factor in the game," he says.

But there was one bounce of the ball he didn't expect. A phone call from Dublin County Board Chairman, Seán Shanley.

Johnny never received his 1963 Leinster SFC medal. But over a half a century later, Seán invited Johnny to Parnell Park for a special presentation of the medal.