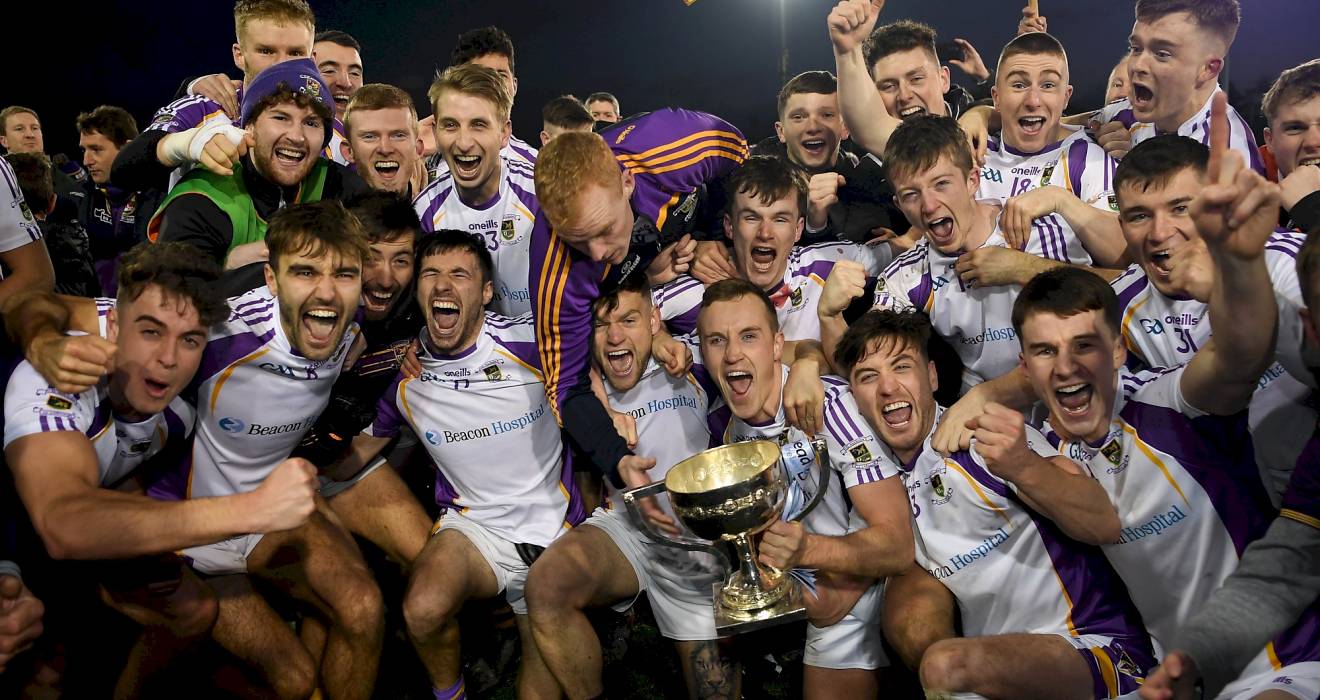 Kilmacud Crokes are the Go Ahead Dublin Senior 1 Football Champions for 2021.

They edged past St Judes in a titanic tussle at Parnell Park on Sunday afternoon to complete the double for the Stillorgan men, following their Senior hurlers’ victory in the Go Ahead Senior A Final last weekend.

Substitute Callum Pearson kicked the winner for Crokes deep into injury time, as his side came from behind in the final quarter to snatch victory.

Both teams took their time to get going in the game, as both defences took control early on. Judes’ goalkeeper Paul Copeland pulled off an excellent save in the opening minutes to deny Crokes’ Dara Mullin a goal.

Indeed, the first half water break came and went without a score being registered by either side.

Judes finally opened the scoring on 23 minutes- and did so in some style- as Kevin McManamon set up Alan Connolly to fire to the net.

Worth the wait… here’s Alan Connolly’s goal for @clgnaomhjude in the #GoAheadDSF1 Final.

The Go Ahead Man of the Match Paul Mannion replied with Crokes’ first score shortly afterwards, but a Daragh Kavanagh point ensured Judes went in three up at half time.

Both teams improved after the restart, with Judes in particular beginning to find scores easier to come by.

Third-quarter points from David Mannix (0-02) and Connolly helped the Templeogue men to a 4-point lead by the second half water break, as frees from goalkeeper Conor Ferris and Mannion kept Crokes in touch.

However, Robbie Brennan's Crokes charges upped their challenge in the final quarter.

Two points from Mannion reduced the gap to two, before a superb goal from substitute Cian O’Connor pushed Crokes ahead for the first time with ten minutes to play.

A crucial moment in today’s #GoAheadDSF1 final, as Cian O’Connor hit the net for @KCrokesGAAClub pic.twitter.com/JK0AdC0ats

However, Crokes' strength off the bench told late on, as substitute Aidan Jones levelled in injury time.

And Pearson’s strike from a tight angle with 64 minutes on the clock proved to be the winner, as Crokes saw out the game to win and claim a ninth ever title.