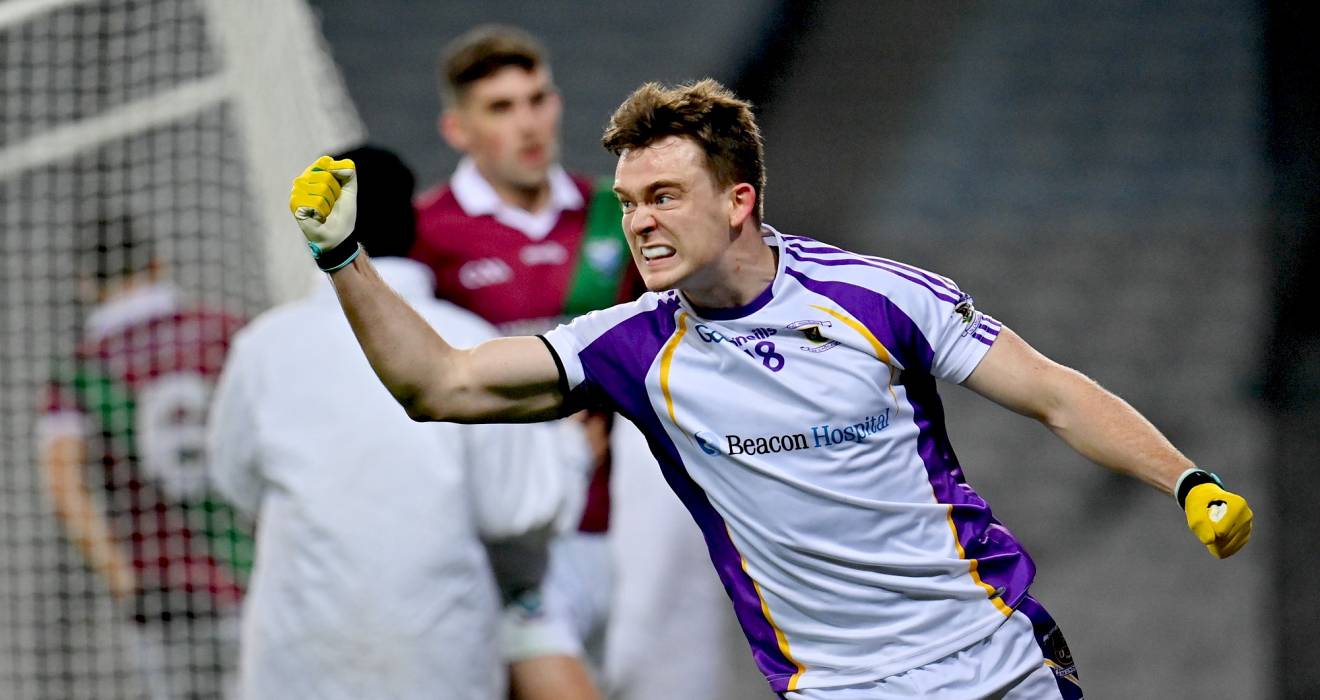 Kilmacud Crokes are into the AIB Leinster Club Football Final, after a comeback victory over Portarlington under the floodlights at Croke Park on Saturday evening.

The Go Ahead Dublin Champions trailed by five points at the start of the second half, but fought back to win by two and seal their place in January's provincial decider.

Both sides started the game strongly and scores from Dara Mullin and Dan O’Brien for Crokes were cancelled out by a Colm Murphy brace with just 4 minutes on the clock.

The game calmed down after that, with a David Murphy point for Portarlington the only score for the remainder of the opening quarter, as the Laois side went into the first water break a point to the good.

Crokes struggled to break down the Laois Champions’ defence and were forced to shoot from distance, resulting in eight first-half wides.

A late Shane Cunningham point in first half injury time- Crokes’ first score for 28 minutes- meant the Dublin champions went in 0-07 to 0-03 down at the break.

#Champ2021 - Congratulations to the Senior Footballers who have progressed to a Leinster Final against Naas in January! pic.twitter.com/VW6eC2QZTj

A Callum Pearson brace, alongside scores from Paul Mannion and Captain Shane Cunningham closed the gap to the minimum.

Jake Foster struck a point for Portarlington to put two between the sides at the second half water break, but the game’s crucial score came just moments after the restart.

Substitute Cian O’Connor- the Crokes goal hero in the Go Ahead Dublin Football Final last month- hit the net again with a stunning finish, having been played in by Dara Mullin.

A brilliant finish from Cian O'Connor for @KCrokesGAAClub's crucial goal in this evening's AIB Leinster Semi-Final win over Portarlingtonpic.twitter.com/S3w8ZkxdGL

Portarlington responded well with two quick scores to move ahead again with less than 10 minutes to play.

But three points on the trot- a Paul Mannion brace and another from Shane Cunningham- put Robbie Brennan’s side in control late on.

Colm Murphy closed the gap to a single point for Portarlington in injury time, but they couldn’t find another score to send the tie to extra time, as Dara Mullin fisted the final point of the game to seal victory for Kilmacud.