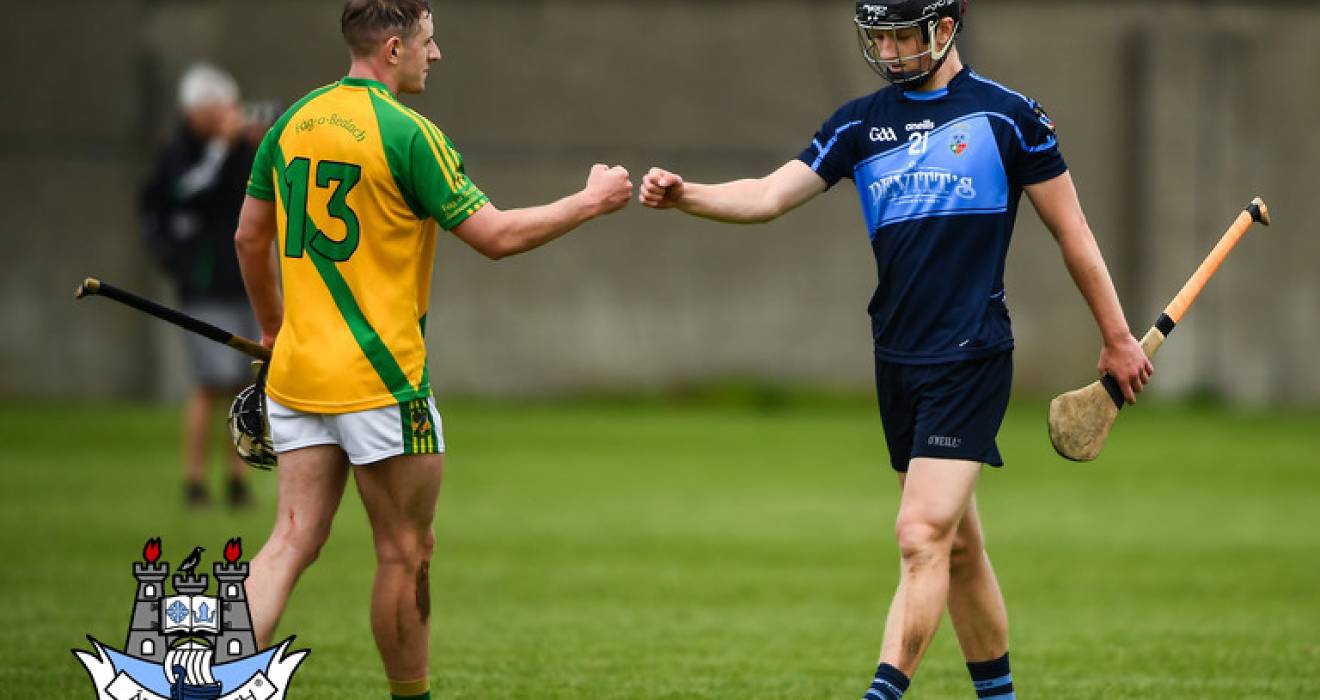 The opening game in the Dublin SHC 'A' concluded in a flurry of excitement in this Group 3 Round 1 clash at O'Toole Park on Saturday afternoon.

Jude's looked to have timed their run to the finish perfectly as they came from behind to lead by two points in injury time.

However, Faughs launched their last attack following a missed '65' by Danny Sutcliffe and were rewarded when Chris Bennett angled a low drive to the net from 20 metres to edge his side a point ahead with time almost up.

There was just enough time though for Danny Sutcliffe to secure a share of the spoils for Jude's in the fifth minute of added time against their Tymon North neighbours.

With wind advantage Faughs settled the better and the impressive Carl O'Mahony landed two fine points for his side, he was to finish the afternoon as his side's top scorer with 0-11, including eight frees.

One point better in the scoring chart was Jude's Dublin star Danny Sutcliffe with 0-12, including eight frees and one successful '65'. His ball winning ability and vision in the half-forward line was also central to Jude's gaining control around the third-quarter as they looked to mount a winning finish.

But coming up to the first-half interval Jude's, through the accuracy of Sutcliffe and a point from Aidan O'Donovan were very much in the contest when trailing by a point, with the scores 0-11 to 0-10, at half-time.

The introduction of Fionn Ó Riain Broin looked to spark the Jude's attack as he pointed soon after being brought in and another Sutcliffe score had the sides level approaching the three-quarter stage.

Fergal Heavey had edged Faughs back in front before Diarmuid McLoughlin struck clinically for the Jude's goal and it looked like it was set to see them to victory.

Carl O'Mahony closed the gap with a converted free before Faughs threw caution to the wind late on for Chris Bennett to fire to the net.

But all was not lost for Jude's with Sutcliffe showing his big-game nerve to equalise in the fifth minute of injury-time.