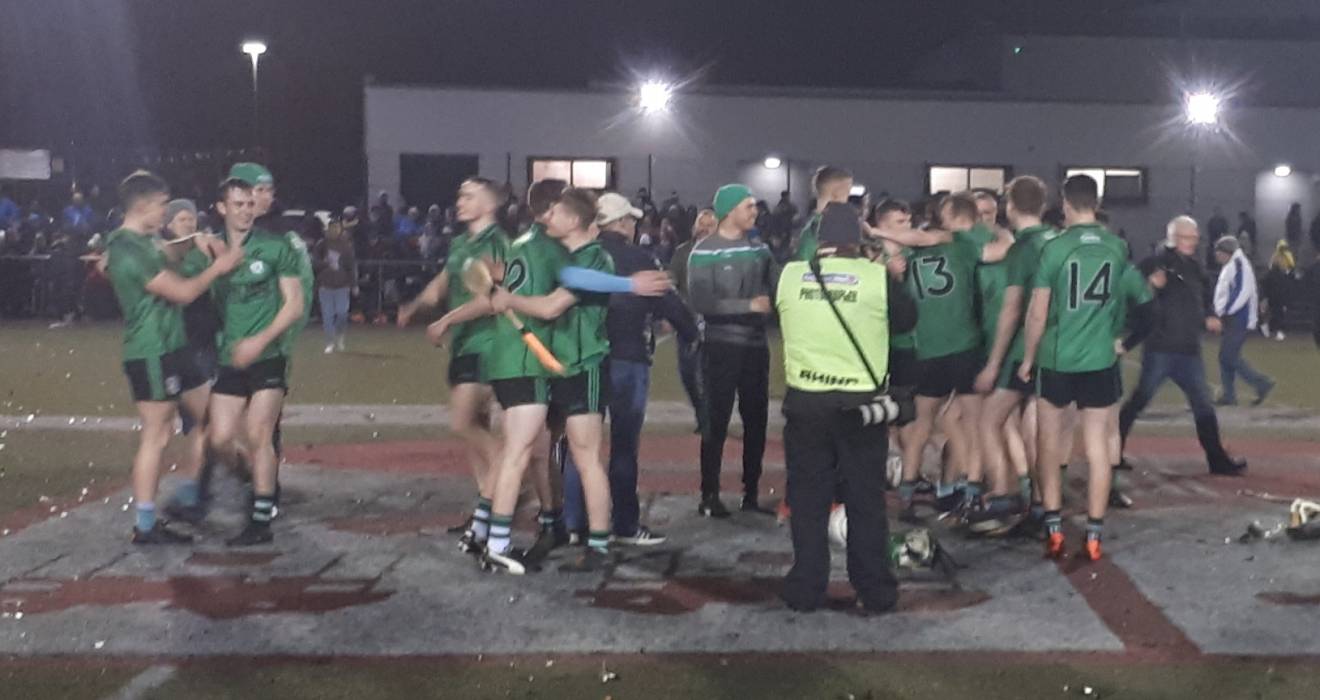 Two goals inside the opening ten minutes put Lucan Sarsfieds on the road to victory in this Dublin U21HC 'A' final on the all-weather at Russell Park on Tuesday night.

The understanding between Ciarán Dowling and Matthew Dunne on the inside line for Lucan caused problems for the Na Fianna defence and gave them the perfect kick-start to this physical duel.

Sarsfields held the upperhand in terms of work-rate, physicality and team play and by half-time were 3-4 to 0-7 clear.

Lucan's opening goal arrived in the fourth minute when Ciarán 'Dowser' Dowling made ground along the endline before picking out Matthew Dunne who fired past Peter Mongey in the Na Fianna goal.

The same duo combined in the ninth minute for Lucan's second goal to give them a seven-point lead, 2-2 to 0-1, and Na Fianna were playing catch-up thereafter. 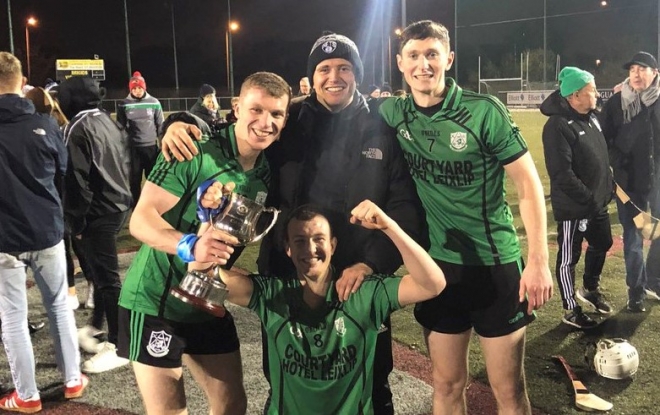 Before the midpoint of the half Lucan had registered their their green flag when Harry Ladd found the net following good work by the influential Ben Coffey and Cian McHugh to make it 3-2 to 0-3.

To add to Na Fianna's woes wing-forward Eoin O'Dea hobbled off injured, while Kevin Burke could not play at all owing to injury and Colin Currie was restricted to a late substitute role.

Donal Burke put over two fine points from play and assumed freetaking duties, which were a concern for the St Mobhi Road outfit all night, as his side struggled to gain a sustained foothold in the contest.

Burke converted two frees early in the second half and with Donal Ryan beginning to exert an influence in the middle third Na Fianna threatened a comeback, it was short-lived.

At the three-quarter mark Harry Ladd was in the right place at the right time after Na Fianna keeper Peter Mongey had saved the original goal attempt and now Lucan were 4-5 to 0-9 clear.

With ten minutes remaining Lucan were awarded a penalty and Ben Coffey had the luxury of taking the simple point to make it 4-7 to 0-9.

As the game moved into added time Donal Burke arrowed a free from 25 metres to the Lucan net. Before the finish Na Fianna were reduced to 14 men when Seán Currie was sent off on a second yellow card.