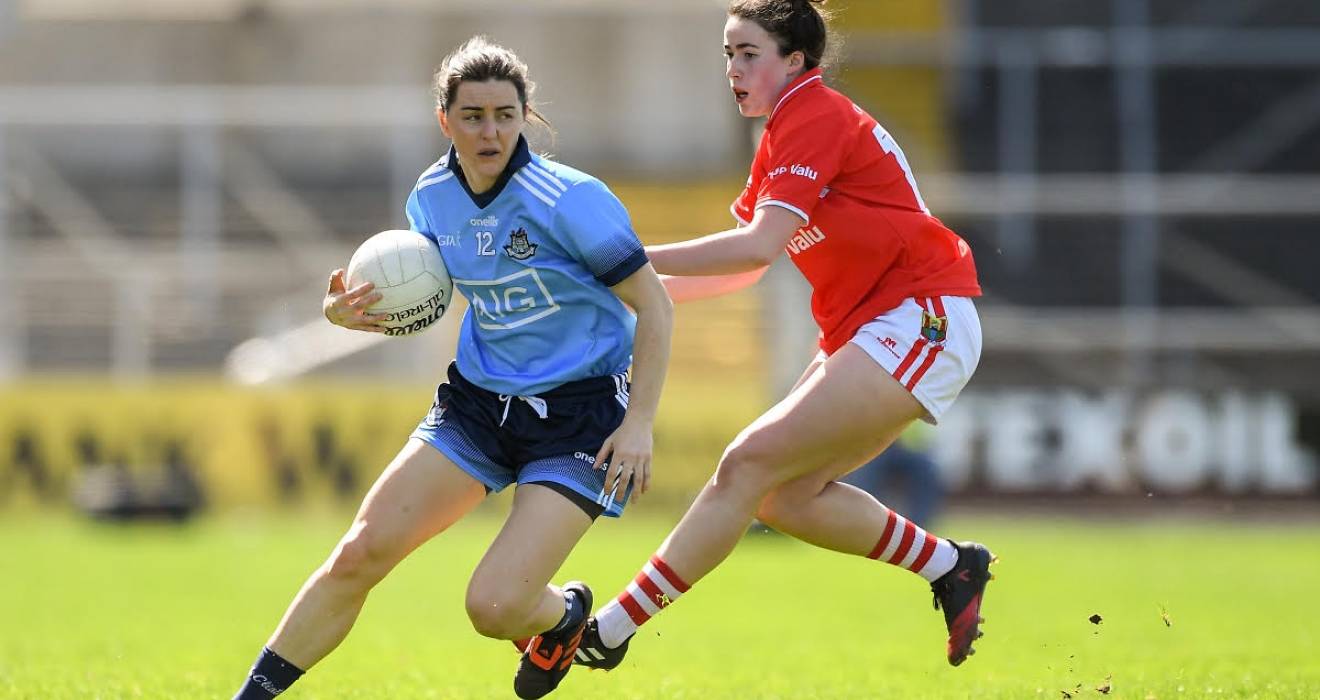 Lyndsey Davey: We have to up our game

With back-to-back TG4 All-Ireland SFC titles in the bag, Lyndsey Davey had no clue as to what lay ahead in 2019.

That was before a gentle coaxing from Mick Bohan saw her return and now only Cork stand in the way, in Sunday's All-Ireland semi-final, of a shot at a three-in-a-row.

Talk of retirement proved premature after Dublin’s show of strength against Cork in last year’s final, and although Davey turned 30 yesterday, she feels further than ever from the exit door.

“I was saying after the Kerry game (quarter-final) that it was my last game in my 20s. You don’t know where the years are after going, but it’s great to be still playing and competing well,” said Davey, who played her first All-Ireland final in her debut year of 2004 as a 15-year-old.

“Last year, it was taking its toll a bit, but it’s only in the off-season that you make your mind up. Some people took it that I was considering retirement but it was just a case that I hadn’t decided what I was doing.

“As soon as Christmas was over Mick got in contact, and it’s very easy to get roped back in. You’re playing with your friends and just having so much fun, I think when you’re enjoying it and making good memories, it’s very hard to walk away from that set-up.”

Victory today against Cork will see Dublin reach their sixth All-Ireland final in-a-row, and after three successive defeats to the Rebelettes in the annual showpiece, the 2018 win over Cork was a sweet victory for the Sky Blues.

Davey doesn’t agree that that defeat has wounded Cork in any way, and she pointed to the most recent meeting of the sides in the Lidl NFL Division 1 semi-final as evidence to the contrary.

“The good thing is that the two teams know each other so well. I think we bring the best out in each other,” said Davey, who was nominated for the TG4 Senior Players’ Player of the Year award last year.

“Even if you look at that League semi-final, it went to extra-time and there was only a point in it. I think it will be another competitive game and hopefully an exciting game.

“I wouldn’t say they are wounded at all. Last year they were probably building, considering they are coming off the back of losing some of their more experienced players. So to be still up there competing shows the strength and depth in the Cork side.

“Even look at what they are doing at underage. They seem to have a good flow of underage coming through. They are stepping up to the mark so quickly at senior.

“Last year’s final, they’ll probably want to redeem that, but hopefully it will be a competitive game.

“I think it will be a really tight encounter again.”

Like many of her experienced teammates, Davey had planned a gradual return to the team in 2019, but the lure of playing at Croke Park meant she was handed a bench role in Dublin’s Lidl NFL Round 1 defeat to Donegal.

Dublin followed that with five wins in-a-row, before Cork defeated them twice at the end of April on their way to the League title.

Since then, Dublin are unbeaten, but they have yet to deliver a 60-minute performance like the one that won them the Brendan Martin Cup last year.

Westmeath, Waterford, Monaghan and Kerry have all been accounted for this summer, but back in Croke Park again, Davey knows those displays won’t suffice against Cork.

“We know what we are up against. The performance we had against Kerry isn’t going to be good enough for the semi-final. We know we have to up our game.

“We seem to be improving every game that we’re getting. That’s one thing that we wanted. With different injuries, it was tough at times but girls have started to come back at the right time. We’re as happy as we can be.

“There is always very little between the teams in terms of the score at the end of the game. Every time we face Cork there is only a point or two in it. I have no doubt it is going to be the exact same and I just hope we are the right side of the result.”