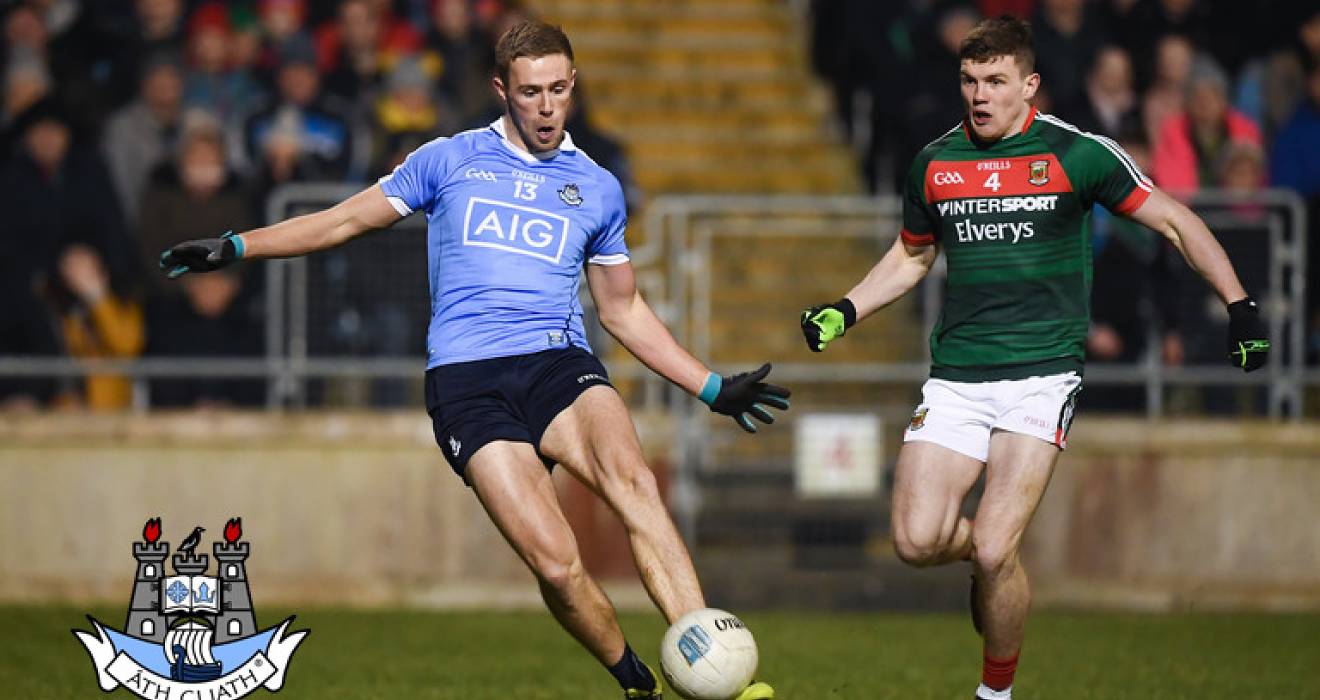 Goals from Paul Mannion and Niall Scully paved the way for Dublin's victory in this NFL Division 1 clash at Elverys MacHale Park, Castlebar on Saturday night in front of a crowd of 15,313.

It makes it four wins from four starts for the Dubs in this year's league with games to come against Kerry, Galway and Monaghan.

This victory means that Dublin under the management of Jim Gavin remain unbeaten Mayo, with a record of ten wins and three draws dating back to 2013.

Dublin started in stunning fashion when a ball over the top by John Small saw Mannion leave his marker, Eoin O'Donoghue, in his wake as the Crokes man sprinted through on goal and left keeper Rob Hennelly with no chance.

Dublin had other first half goal opportunities that they failed to take with Ciarán Kilkenny's effort off his left foot clearing the crossbar while James McCarthy was denied from close range by Hennelly.

Dean Rock was excellent from placed balls as the visitors led 1-9 to 0-7 at the break with Mick Fitzsimons and Jonny Cooper impressing in defence.

Twelve minutes into the second half Dublin as good as sealed victory when Darren Daly, Mick Fitzsimons and Scully were all involved in the build-up leading to a long Rock handpass into the danger zone when Scully appeared at full tilt to outjump keeper Hennelly and Kevin McLoughlin to fist the ball to the net.

Mayo did have chances throughout the game but their shooting let them down while Conor Loftus entered off the bench late on and converted three frees in injury-time while Dublin finished with 14 men after Mick Fitzsimons was dismissed.