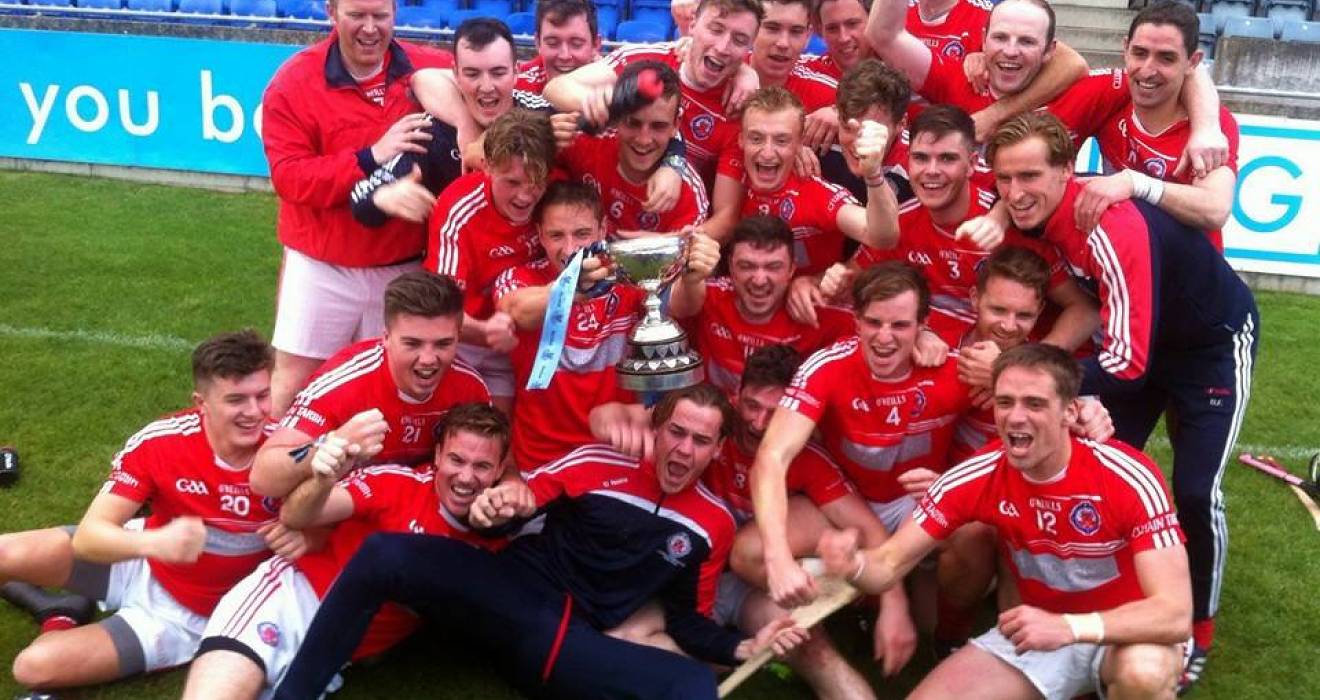 McDyer hero for Tarf in JHC ‘A’ decider

Ryan McDyer was the Clontarf scoring hero as his tally of 1-8 helped Clontarf to a 1-16 to 0-9 victory over Kilmacud Crokes in last Sunday’s Dublin JHC ‘A’ final at Parnell Park.

Two fine John Gleeson points in the opening four minutes got Clontarf off the mark before Kilmacud replied with a fine score from distance by Matthew Geraghty.

Clontarf led 0-9 to 0-5 at the break following points McDyer, Dara Bergin and Gleeon.

However, Crokes might have been closer but Johnny Maher’s penalty effort flew over the crossbar.

Clontarf began to put distance between the sides in the last quarter with Dublin minor Paddy Smyth hitting two points from play and Man of the Match Ryan McDyer scoring the only goal of the game.

Crokes did however have some hurling joy on Sunday when they defeated Skerries Harps 0-19 to 1-10 in the JHC ‘C’ final at O’Toole Park.

Michael Roche was the scorer-in-chief for the winners as the corner-forward hit 0-14, mostly from deadball.

James McMahon had a day to remember as he top-scored with a personal tally of 2-6, 1-4 coming from placed balls.