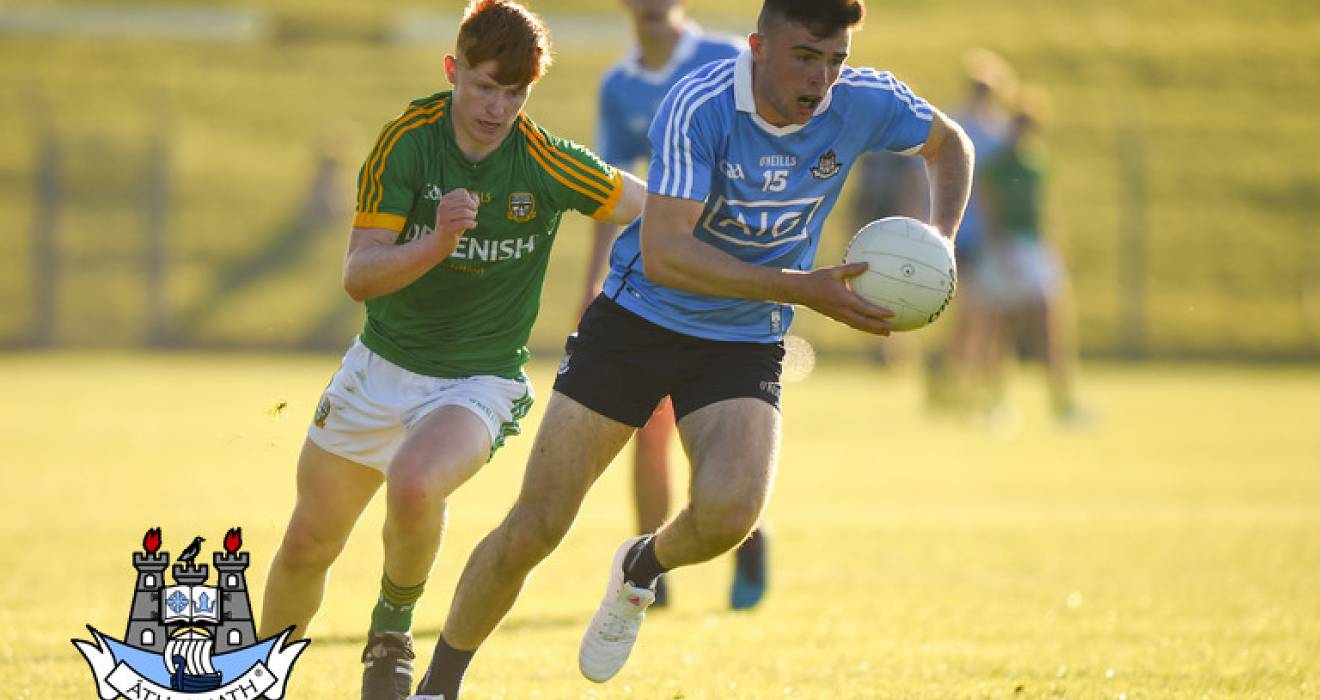 Dublin U20 football manager Tom Gray knows his side face a step up in class when they face Meath in this Saturday's EirGrid Leinster U20FC semi-final at Parnell Park (2.0).

The Dubs have overcome Wicklow and Longford to date but face a Royal County side containing a few players who have already enjoyed senior intercounty experience.

Late goals by Ciarán Archer and sub Conor Kinsella put a gloss on Dublin's 3-10 to 0-9 victory over Longford last weekend after the sides had been level at the break.

"The conditions were extremely difficult and led to a number of handling errors," said Tom Gray.

"We wouldn't be entirely happy with how we played, having said that, and it's easy to make excuses because of the conditions.

"In fairness to the team, their work-rate was excellent all the way through the game and we're really happy with the tackle count.
"We are very much aware that we need to improve if we are to progress further in the competition.

"Meath are an exceptionally good team with a lot of strong forwards.

"We recognise that we have to improve but we are very much looking forward to it," added Tom.

The counties met earlier this season in the opening round of the John Kerins U20 Football Development League when Meath prevailed 2-13 to 2-11 in Dunganny.

First half goals from Kieran McKeon and Kieran Murphy helped Dublin to a 2-8 to 1-4 lead with Jordan Morris hitting the Royal County goal.

The Dubs made several changes for the second half and made some alterations later in the period as Meath took control in the final 15 minutes with Dylan Keating’s 59th minute goal helping Meath to victory.

A lot of the players who will feature this Saturday will be somewhat familiar with each other having clashed in the Leinster MFC last year and also in 2018.

Last year Dublin came with a strong finish with Luke Swan's goal helping his side to a 4-10 to 2-10.