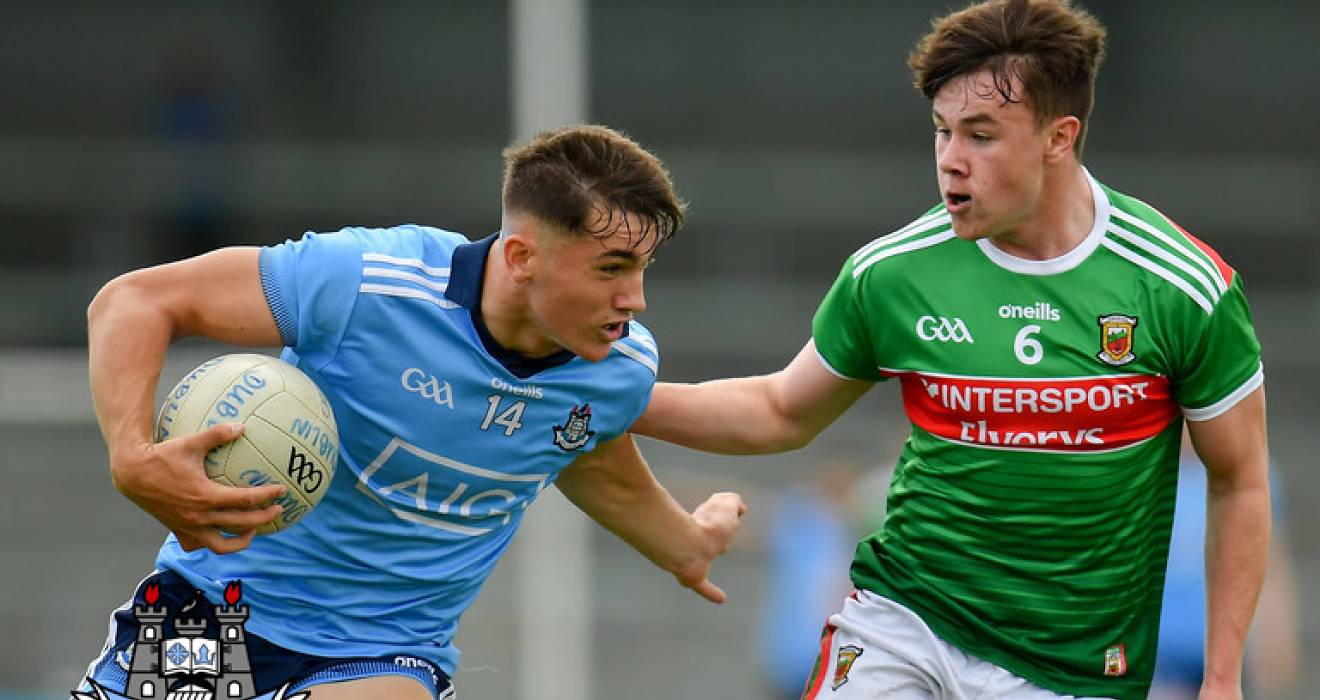 Minor footballers edged out by Mayo in thrilling quarter-final

The Dubs came with a storming finish, with Senan Forker to the fore, and were maybe unlucky not to get more from the late siege they laid to the Mayo goal.

An Ethan Henry goal, following a long run through the heart of the Dublin defence, put his side 3-8 to 0-9 four minutes into the second half.

Then Dublin created a goal chance following great interplay but Ross Keogh's close range effort was pushed out by keeper Luke Jennings for a '45' that deadball expert Fionn Murray converted.

Dublin were rocked by a Ruairi Keane goal in the 49th minute, again following a punishing run at the heart of the Dublin defence.

But the Dubs refused to buckle with Luke Curran firing over a point and then cracking a half-volley to the Mayo net following Swan's initial incision. It was now 4-9 to 1-16.

Within a minute Dublin were level when Alex Rogers got Dublin's second goal.

However, five minutes from time a fumble in the Dublin full-back line presented Rory Marrin with a golden chance he didn't miss when firing past Hugh O'Sullivan.

Fionn Murray converted a '45' and as the game moved into added time Dublin had a claim for a penalty when the ball looked to be handled on the ground by a defender.

But it wasn't too be.

In the fifth minute of injury-time, after Luke Curran had put over a free, Mayo escaped another goalmouth scramble and with it Dublin's championship dreams were ended.

Mayo led 2-8 to 0-8 at the half-time interval after looking more clinical in attack during the opening 30 minutes.

Mayo did raise a green flag in the seventh minute when Paul Walsh worked his way past several tackles before sliding the ball low to the net past Hugh O'Sullivan to give his side a 1-2 to 0-1 lead.

Luke Swan powered his way through on goal in the 13th minute following good interplay between Dara Fagan and Alex Rogers but his goal effort went just outside the post.

Mayo's second goal came at the midpoint of the opening half an it had an element of luck to it.

Ethan Henry's long-range point effort came back into play off the angle of upright and crossbar and the in-rushing Ciarán Mylett palmed to the net at the second attempt which propelled his side into a 2-3 to 0-2 advantage.

Dublin had a sighting of goal within a minute but Fionn Murray's close range effort, from a tight angle, was parried by keeper Luke Jennings, it wasn't the last time he was going to come to his county's rescue.

But points from Colm Walsh and Fionn Murray, following good work by Harry Colclough, and cut the deficit to two clear goals.

Over the conclusion of the opening half Dylan Thornton and Irwin (free) got points for Mayo with Ross Keogh, after a good long handpass from Luke Swan, and Alex Rogers cut the lead once again to make it 2-8 to 0-8 at the break.