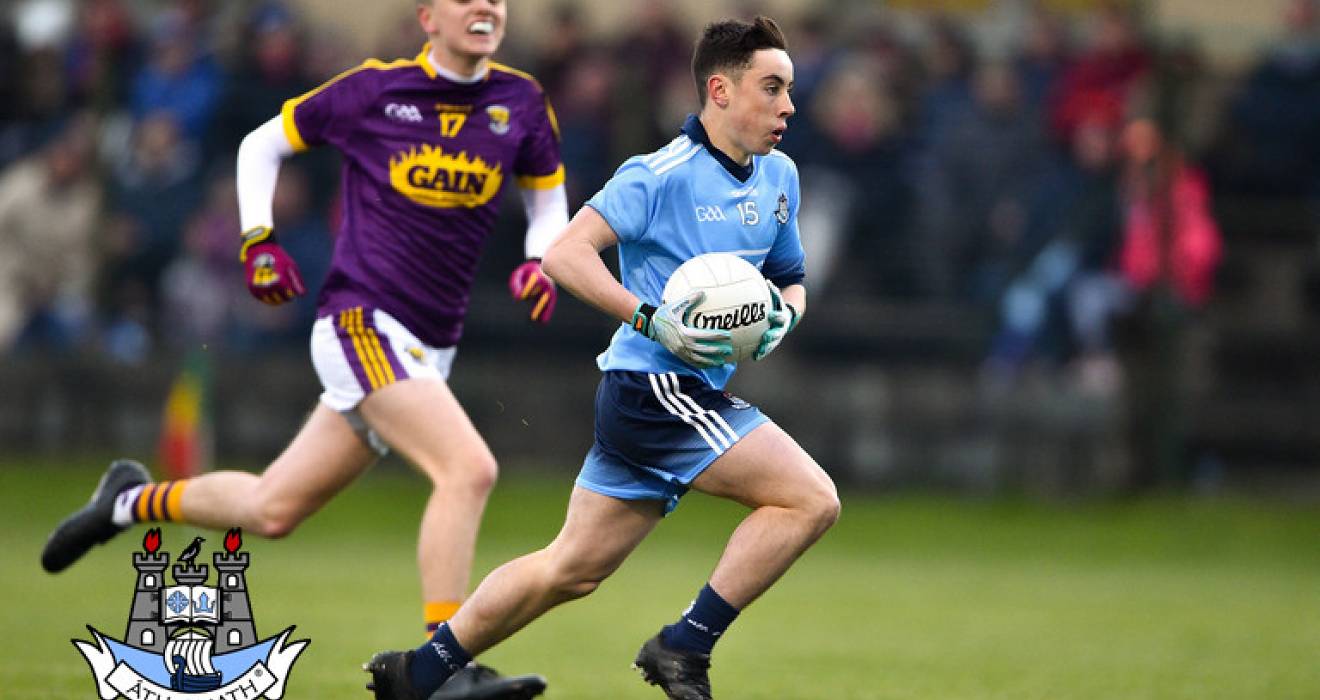 The Dubs have made a strong start to their campaign by recording wins against both Meath and Wexford to sit at the top of their grouping.

With two counties to progress from this group to the quarter-finals the Dubs are currently in the driving seat but a combination of results can still upset their ambitions.

Dublin made it two wins from two starts when defeating Wexford, 3-12 to 1-10, in Bellefield, Enniscorthy last Wednesday night.

Dublin had to play for 50 minutes with 14 players after the sending off of wing-forward Ryan O'Dwyer in the 12th minute but the Slaneysiders were never allowed made the numerical advantage count.

Playing with wind advantage Dublin opened well and led 0-5 to 0-0 inside 19 minutes. Two Murray frees got them up and running inside four minutes before the young Dubs almost struck for goal but Dara Fagan's close-range shot came off the post before they reworked an opportunity for Robbie Bolger, to put over.

Fagan cleverly made space to kick Dublin's fourth point before a stylish point from Bolger pushed his side five points clear.

However, two Jack O'Leary points and one from play from wing-back Leigh Whelan cut the gap to 0-5 to 0-3 with five minutes to play in the opening half.

Crucially Dublin finished the opening period on the up with Bolger, who hit 1-3 from play overall, scoring a superb individual goal in the 28th minute when he dodged around three defenders and fired low to the net after great defensive work initially by the Dubs. 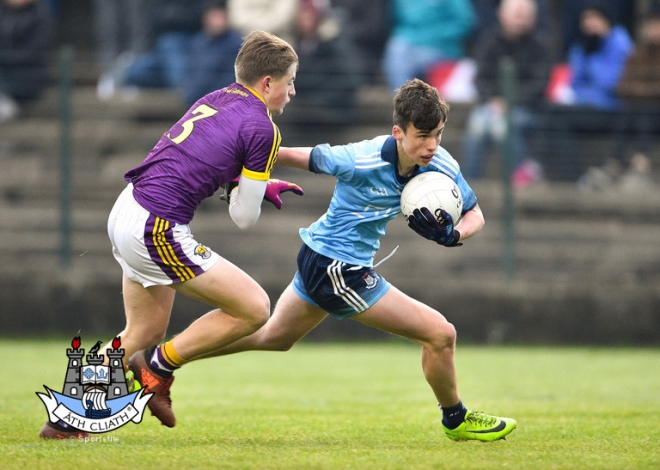 In Dublin's opening encounter their defeated Meath 4-10 to 2-10 in Parnell Park.

It was an edge-of-the-seat battle between these provincial rivals with the young Dubs showing good mettle over the conclusion to work their way to victory.

The counties were level 2-6 each at the break and the Royals moved two points clear early in the second period courtesy of points from David Bell and Eoghan Frayne.

Dublin had threatened to goal immediately on the restart when Senan Forker and Luke Murphy-Guinane dovetailed brilliantly but Forker’s effort was saved by Meath keeper Dean Pluck.

If luck went against Dublin on that occasion it went with them just before the midpoint of the half when Fionn Murray’s free came back off the right upright and the hard-working Ryan O’Dwyer rifled to the net to put Jim Lehane’s lads 3-7 to 2-8 in front.

It was a lead Dublin never surrendered.

However, Meath, who kicked 14 wides compared to just one from Offaly, finished the stronger to run out three-point victors.

Offaly did not score from play during the entire match with Cormac Delaney converting four frees and Morgan Tynan one.

In their opening game in Group 2 Offaly edged out Wexford 1-10 to 1-9 in Bellefield, Enniscorthy.

Cormac Delaney's 43rd minute penalty was vital for Offaly after the Slaneysiders had led 1-4 to 0-5 at half-time.