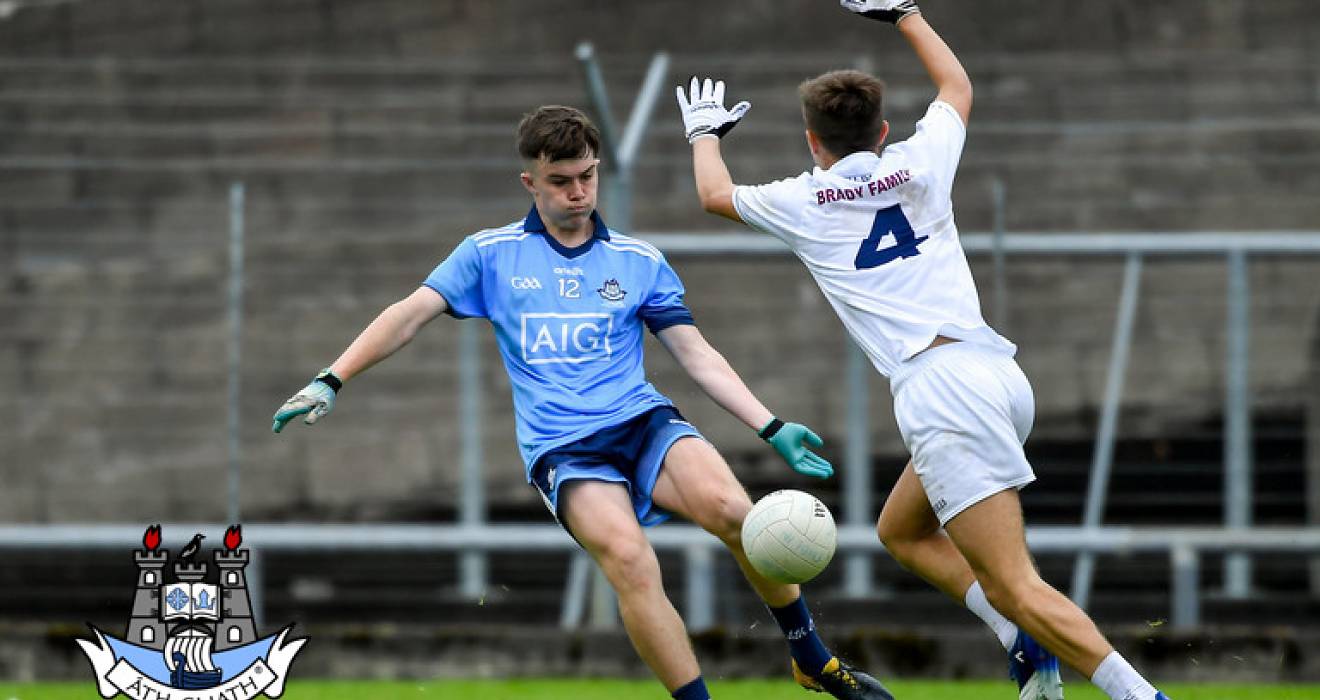 It was a pulsating battle from first whistle til last and after extra-time goals from wing-forwards Aaron Browne and Eoin Bagnall to victory.

In an action packed game Dublin led at half-time in normal time 0-8 to 0-7 but Kildare had squandered the best chances.

The game was delayed by ten minutes as Forker was attended to on the pitch by medics before being taken by ambulance to Navan hospital, he returned home on Saturday night.

The Lilywhites looked the livelier early on with Dublin keeper Hugh O'Sullivan pulled off a superb save to deny the quick-thinking Eoin Bagnall who drilled for goal from a close range free.

Dublin, through the accuracy of freetaker Fionn Murray, worked their way into the contest with Ryan O'Dwyer also on target with two frees to see Jim Lehane's side hold a 0-8 to 0-7 interval lead.

A minute into the second half Alex Rogers hit the Kildare crossbar with a shot but Dublin eventually reworked the opening for the hard-working Luke Swan to scramble the ball to the net.

By the 34th minute Dublin were five points up after Alex Rogers had pointed off his left to make it 1-9 to 0-7.

The Lilywhites looked the more powerful during this period while Dublin made some unforced errors.

Fionn Murray broke Kildare's scoring sequence with a free and in the 50th minute he hit a thunderbolt which rebounded back into play off the underside of the Kildare crossbar.

A goal then might have put Dublin on the road to victory but as it was Kildare nosed in front with two fine points from Aaron Browne to lead by a point with the game moving into injury-time.

Four minutes into added time Fionn Murray showed great nerves to put over an equalizer and the game was headed for extra-time (1-11 to 0-14).

Kildare made the dream start to extra-time when sub Eoin Meehan pointed before Eoin Bagnall punished Dublin defending with a goal to propel his side into a 1-15 to 1-11 lead.

Dublin recovered as the half progressed with points from Fionn Murray (two frees) and one from play from sub Luke Curran.

However, in the second minute of added time Kildare struck for the decisive goal when Aaron Browne found the net as Dublin showed signs of tiring as mistakes crept into the game.

Points at the start of the second period of extra-time from Shane Flynn and Eoin Bagnall to open up a 2-19 to 1-14 lead.

But Dublin refused to give in with Luke Swan in particular in attack winning a lot of possession under pressure and at times outnumbered.

A foul on Swan in the third minute of the second period of extra-time resulted in a penalty with Ryan O'Dwyer's spot-kick parried over the crossbar by keeper Cian Burke.

Dublin battled to the finish but Kildare had built up too strong lead with Burke again saving his side in the dying seconds when denying Swan from close range.