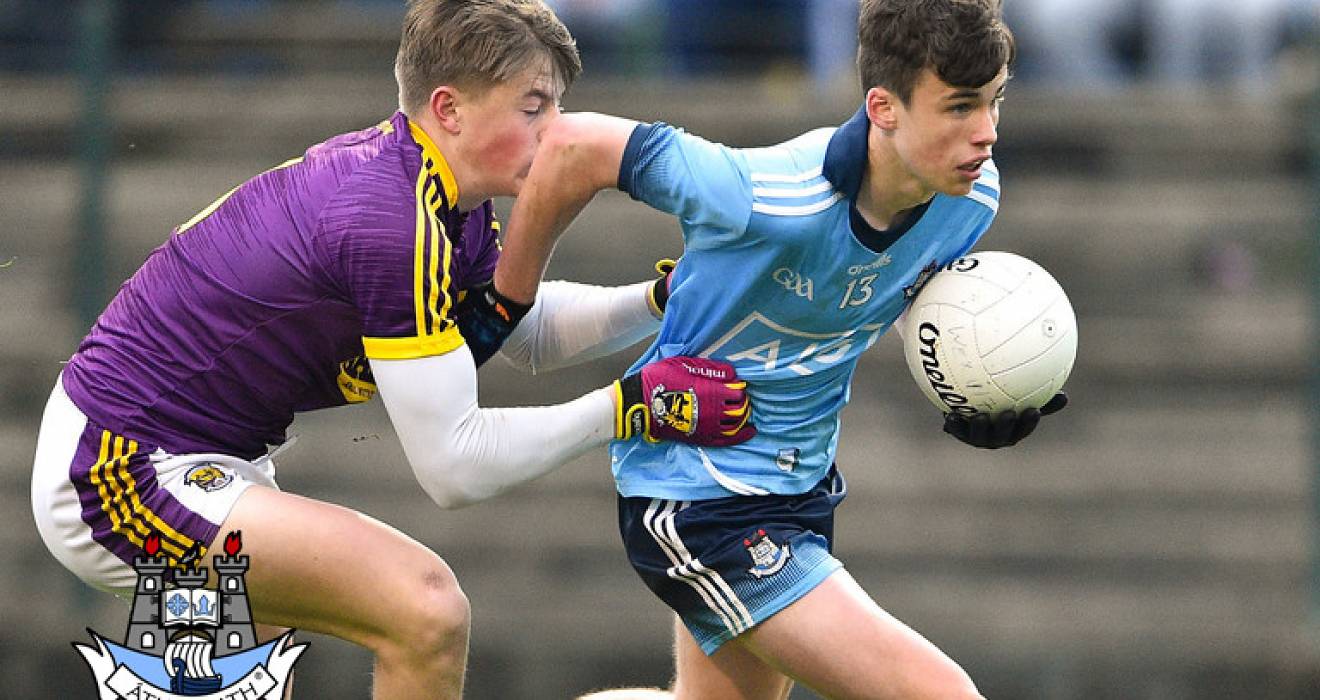 Dublin's minor footballers made it two wins from two starts when defeating Wexford in Wednesday night's Leinster MFC (U17) encounter in Bellefield, Enniscorthy.

Two goals early in the second half (32nd and 34th minutes) from Fionn Murray helped steer the Dubs to victory after they had led 1-7 to 0-3 at the interval.

Dublin had to play for 50 minutes with 14 players after the sending off of wing-forward Ryan O'Dwyer in the 12th minute but the Slaneysiders were never allowed made the numerical advantage count.

Playing with wind advantage Dublin opened well and led 0-5 to 0-0 inside 19 minutes. Two Murray frees got them up and running inside four minutes before the young Dubs almost struck for goal but Dara Fagan's close-range shot came off the post before they reworked an opportunity for Robbie Bolger to put over.

Fagan cleverly made space to kick Dublin's fourth point before a stylish point from Bolger pushed his side five points clear.

However, two Jack O'Leary points and one from play from wing-back Leigh Whelan cut the gap to 0-5 to 0-3 with five minutes to play in the opening half.

Crucially Dublin finished the opening period on the up with Bolger scoring a superb individual goal in the 28th minute when he dodged around three defenders and fired low to the net after great defensive work initially by the Dubs. 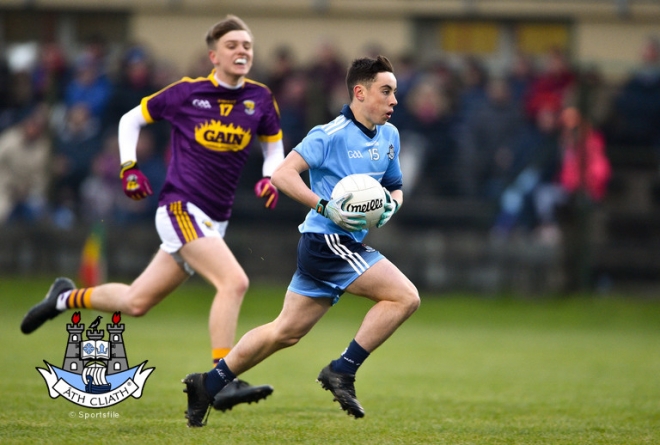 Murray converted his third free and a brilliantly struck shot by centre-forward Sean Kinsella saw Dublin hold a seven-point half-time lead but they had to face into the elements in the second half.

Any hopes of a Wexford comeback were rocked by two well executed Dublin breakaway moves leading to goals early in the second period with Murray on the mark on both occasions.

His second came following good work by Senan Forker and Bolger with the Thomas Davis lad showing a good eye for goal for Dublin to move 3-7 to 0-4 clear.

The hosts though battled back with points from subs Joe Curtis and Ryan Connolly and Leigh Whelan's second point cut the gap to 3-7 to 0-7 with over 20 minutes remaining.

However, their occasional aerial bombardment of Hugh O'Sullvan's goal failed to pay dividends as the Ballyboden St Enda's netminder did well under the high ball.

Murray broke the Wexford chain of scores with a tricky pointed free before Wexford were thrown a lifeline when a mix up in the Dublin defence gifted Curtis a goal.

Dublin looked dangerous on the counter-attack on occasions to the finishing line as Wexford pushed hard to close the gap even further.

Points from both Murray (free) and Fagan, after a great move from defence, as well as sub Luke Curran helped Dublin home with eight points to spare.