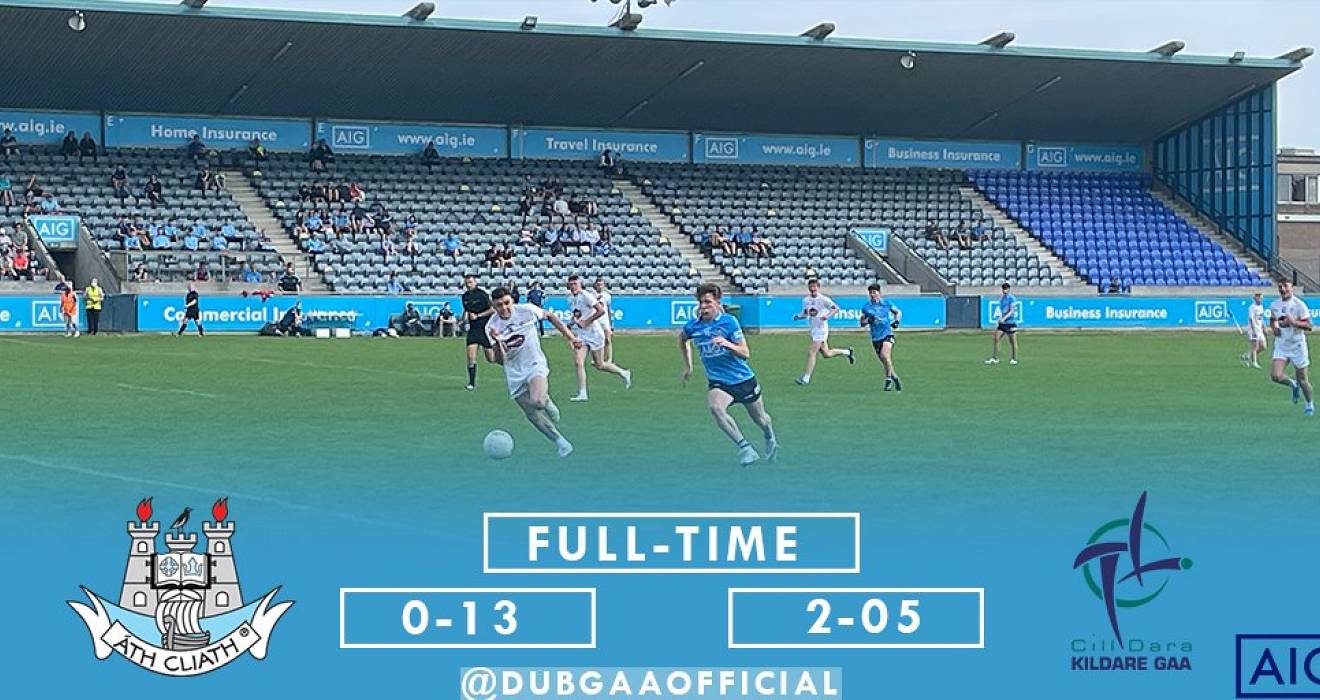 In a tight battle Kildare, playing with the wind advantage, edged in front for the first time in the contest inside the last five minutes but Dublin kicked the final three points to progress to a provincial final meeting with Meath on Bank Holiday Monday, August 2 in O'Connor Park, Tullamore (12.0).

Dublin led 0-5 to 1-1 at half-time having held the upperhand possession wise but were hit with a 27th minute goal from Fionn Cooke to level it 0-4 to 1-1.

The Dubs got the concluding point of the first period when Scott McConnell made a great fetch and converted the mark.

Dublin continued to dominate in the second half despite playing into the wind and scored the first four points after the restart.

The industrious Mark McNally scored two, the second off his less favoured left boot, with Seán Gannon firing over a close-range free in between.

The hard-working Ciarán Duggan was rewarded for his efforts with a point to make it 0-9 to 1-1 after 43 minutes.

By the second water break it was 0-9 to 1-2 but Dublin got the opening score of the fourth quarter when Ciarán Duggan again was on target.

However, for the first time in the game Kildare came with a sustained period of pressure ignited by Elliot Beirne's 52nd minute goal.

Gavin Thompson then shot three points in succession, including one free, to see the Lilywhites into the lead in the 56th minute - 2-5 to 0-10.

Dublin though showed resilience with corner-back Ronan Geoghegan's superb point from distance inspiring his side.

Corner-forward Tadhg Gorman then showed his skills before finding the range and sub Karl Flynn with a 60th minute point from a mark sealed victory.

Dublin, however, picked up a few late injuries which will concern them as they prepare for the Leinster decider.

The opening half was an even more cagey affair but four points from Tadhg Gorman (including two frees) had Dublin 0-4 to 0-0 ahead by the first water break.

The Dublin defence had looked solid with Dan Murphy manning the edge of his square to telling effect while wing-forward Zach Delmar worked back tirelessly for his side.

But Kildare came right back into it with a goal in the 27th minute and by the break there was just the minimum (0-5 to 1-1) between the sides.