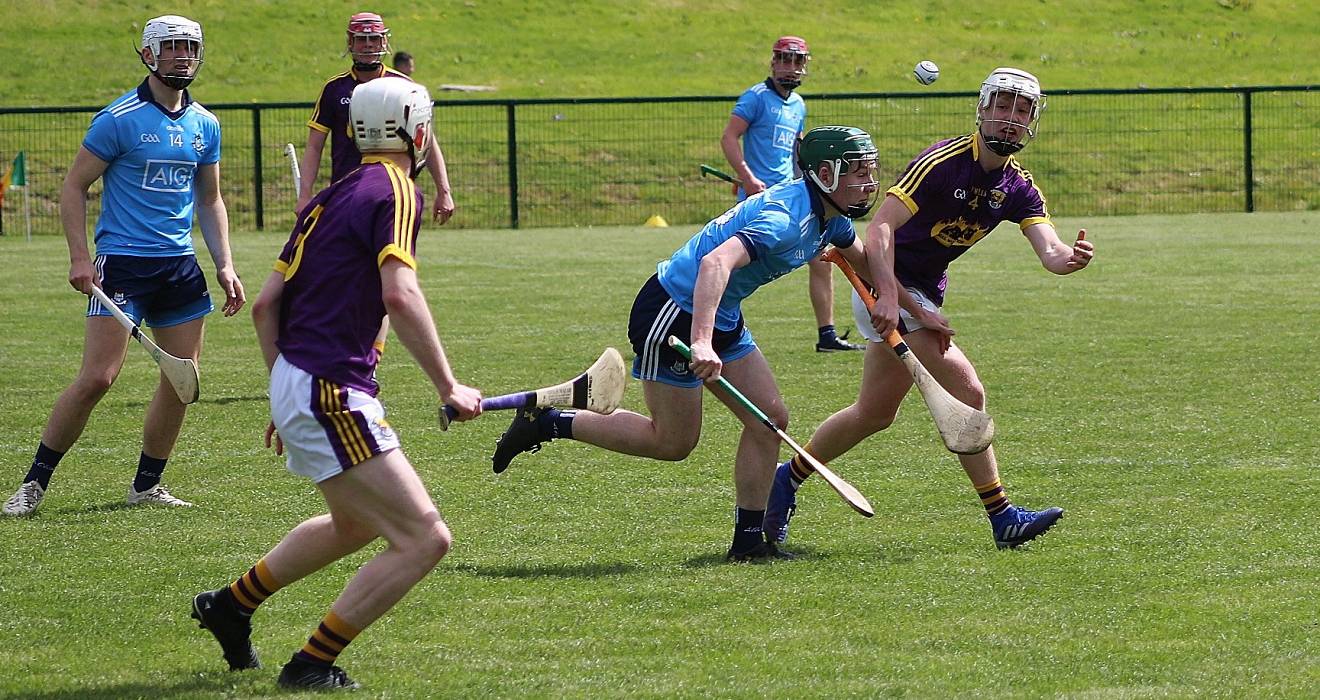 A stirring Wexford fightback saw the Slaneysiders earn a draw in a dramatic finish to Saturday's Leinster MHC Tier 1 Round 3 clash at Bellefield, Enniscorthy.

Heading into the last ten minutes Dublin looked well set for victory as they held a 3-14 to 0-14 lead.

However, it was all Wexford to the end as they tallied an unanswered 2-3 in the last seven minutes plus added time to snatch a draw.

The draw though sees Dublin and Kilkenny advance to the provincial semi-finals, the Dubs edging out Wexford on scoring difference. Wexford and Offaly will now be among the quarter-finalists.

Dublin led by eight points at the break, 2-10 to 0-8, but Wexford rallied before the three-quarter mark with points from Conor Foley, Cian Byrne, Cian Molloy (free) and scorer-in-chief AJ Redmond to make it 2-11 to 0-13 after 41 minutes.

Charlie Keher's goal for Dublin following a brilliant turn and shot looked broke the Wexford hold and when Ben McSweeney added a point Dublin looked back in control.

They were still nine points clear heading into the last ten minutes when Wexford rocked the Dubs.

Three Redmond frees and goals from Josh Shiel and David Cantwell brought the sides level as the game entered injury-time and so if finished … all square.

Dublin were 2-10 to 0-8 clear at half-time after bookending the opening period with goals.

Brendan Scanlon's seventh minute goal gave the Dubs a good start and despite three wides in succession they then found their range with points from Ben McSweeney and Dara Purcell to lead 1-3 to 0-1 after 12 minutes.

Two AJ Redmond frees, the second was moved forward for a Dublin infringement after it was originally struck wide, reduced the deficit.

However, Dublin then enjoyed their best passage of the to score six point without reply over the following five minutes.

Charlie Keher started the chain of scores with a point from play before Dara Purcell, who also caught the eye against Offaly, scored three points in-a-row,

A close range Keher free propelled Dublin into a 1-9 to 0-3 advantage by the 22nd minute.

As the half moved towards its conclusion the Slaneysiders improved and points from Redmond (two frees) and Josh Shiel to close the gap to 1-10 to 0-7.

But Ben McSweeney, who got a great goal against Kilkenny in the opening round, struck again to make it 2-10 to 0-7.