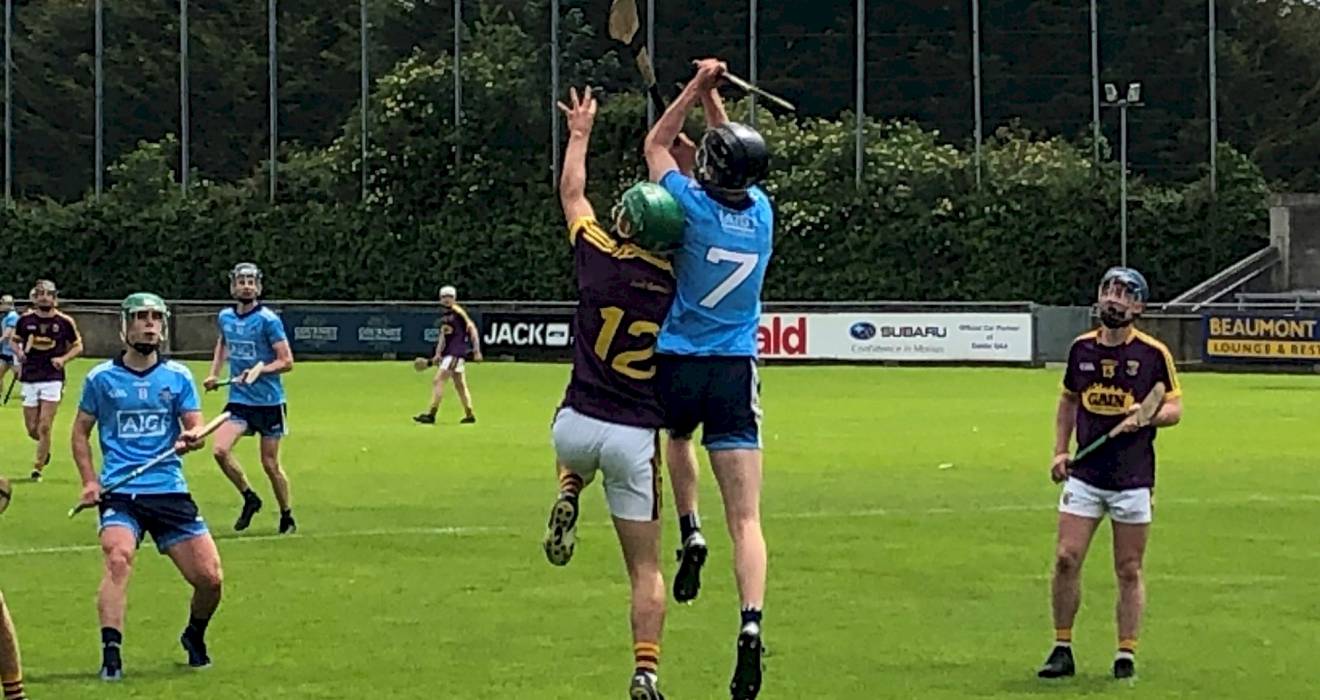 Minor hurlers rally but Wexford have too much in reserve

The Slaneysiders had Dublin playing catch-up for most of the opening period and left the Dubs will a steep uphill task after opening up a 2-10 to 0-5 lead by the 29th minute.

Wexford looked sharper in the early passages and dominated on the breaking ball around the middle third, allied to that they had an ace marksman in corner-forward AJ Redmond.

The Rathnure man hit 1-6 from deadball in the first half with his goal, direct from a 20-metre free, in the 18th minute a vital score as it pushed his side into a 1-7 to 0-3 lead.

Dublin were heavily reliant at this stage on the freetaking of Ben McSweeney as Dublin took too long to spark to life.

Indeed Conor Murray, with two points, was Dublin's sole scorer from play in the opening period.

However, Dublin did have some sightings on goal with Wexford keeper Cian Byrne doing well to parry a goal attempt from Dara Purcell in the seventh minute.

Late in the opening half Brendan Scanlon's angled drive looked destined to rattle the net but rebounded off the put of the upright.

Wexford's second goal came in the 29th minute when the influential Richie Lawlor's goal attempt was stopped by keeper Eoin O'Connor but Dylan O'Neill was lurking to sweep the sliotar over the line to give his side a 2-10 to 0-5 advantage.

Before the break Dublin cut the deficit thanks to a McSweeney free and Murray's second point of the half to make it 2-10 to 0-7 at half-time.

Dublin improved massively over the course of the second half and laid siege to the Wexford goal late on but the goal they needed proved out of reach.

Sub Charlie Keher had the best chance in the 50th minute after being picked out by Dara Purcell but his shot blazed over the crossbar.

Dublin kept battling to the finish but a well organised Wexford defence were giving nothing away easy and they had enough in reserve to hold on for victory.