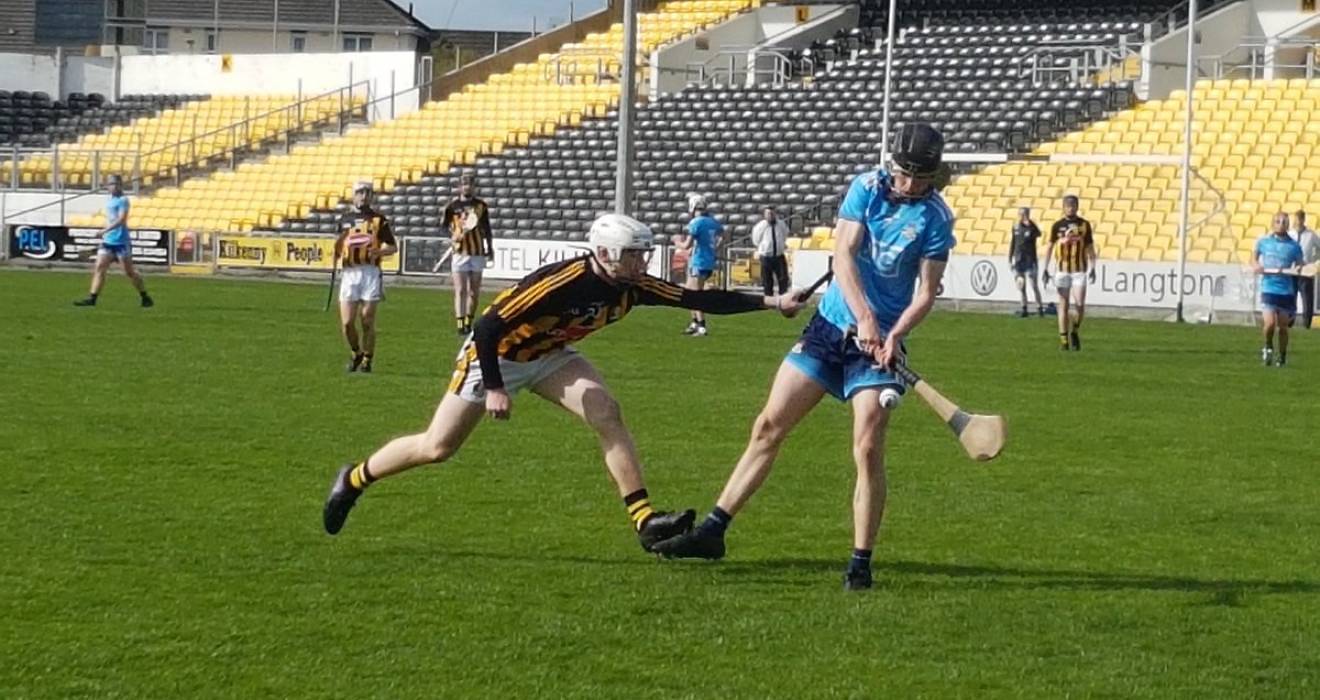 Dublin minor hurlers will hope to emulate the feat of their footballing counterparts and defeat Wexford away when they face the Slaneysiders in their Leinster MHC (U17) Tier 1 Round 3 game at Bellefield, Enniscorthy this Saturday (2.0).

Both counties have recorded one victory (both against Offaly) and one defeat (both against Kilkenny) in their campaigns to date and Saturday's tussle promises to be a very close encounter.

The young Dubs upped the level of their display in the second period, having led 0-12 to 1-7, at the break and dominated the last quarter to eventually run out convincing victors.

Dublin's only goal arrived in the last minute of normal time when Luke Swan fended off a couple of defenders before rifling to the roof of Adam Fitzgerald's net.

At this stage Swan had been moved out to the half-forward line and both the Castleknock lad and wing-forward Ben McSweeney were influential going down the home straight as Dublin pressed home their advantages.

In their opening game Dublin lost narrowly to Kilkenny, 0-15 to 2-8, in Nowlan Park.

It took an Andy Hickey point in the 59th minute to eventually seal the deal for the Cats in their entertaining Leinster MHC Tier 1 Round 1 clash.

It took the Cats the entire second period to eventually overhaul Dublin, after the visitors had led 2-5 to 0-7 at the half-time interval.

Dublin's two goals came in quick succession just inside the last ten minutes of the opening half.

The first arrived in the 21st minute when Waddick did will in defence before midfielder Conal O Tuathaill showed good pace and angled the sliotar into Luke Swan. The powerful Castleknock lad had plenty still to go after winning possession but showed good goal-scoring instinct when firing to the net from ten metres.

That score brought the sides level, 1-3 to 0-6, with five of Kilkenny's scores coming from the deadball accuracy of Billy Drennan.

Drennan replied with a Kilkenny free from 50 metres before Dublin concluded the half with two fine points from Brendan Scanlon as the Dubs midfield and attack worked well in unison.

The Slaneysiders will be championship hardened after two tight battles to date: defeating Offaly 3-11 to 2-11 in O'Connor Park, Tullamore in their opener before then losing to Kilkenny 3-13 to 2-15 in Bellefield, Enniscorthy last weekend.

Against Offaly goals from AJ Redmond and Luke Kavanagh gave Wexford a 2-6 to 1-7 interval lead but with ten minutes remaining the counties were level, 2-10 each.

However, Cian Byrne struck a late decisive goal for the Slaneysiders.

Their second game was a similarly tight affair with the point-taking of AJ Redmond helping his side to a 0-12 to 1-6 half-time lead despite losing a player to a red-card.

The game was in the melting pot as the game moved into added time before Jack Doyle's 64th minute goal snatched victory for the Cats.