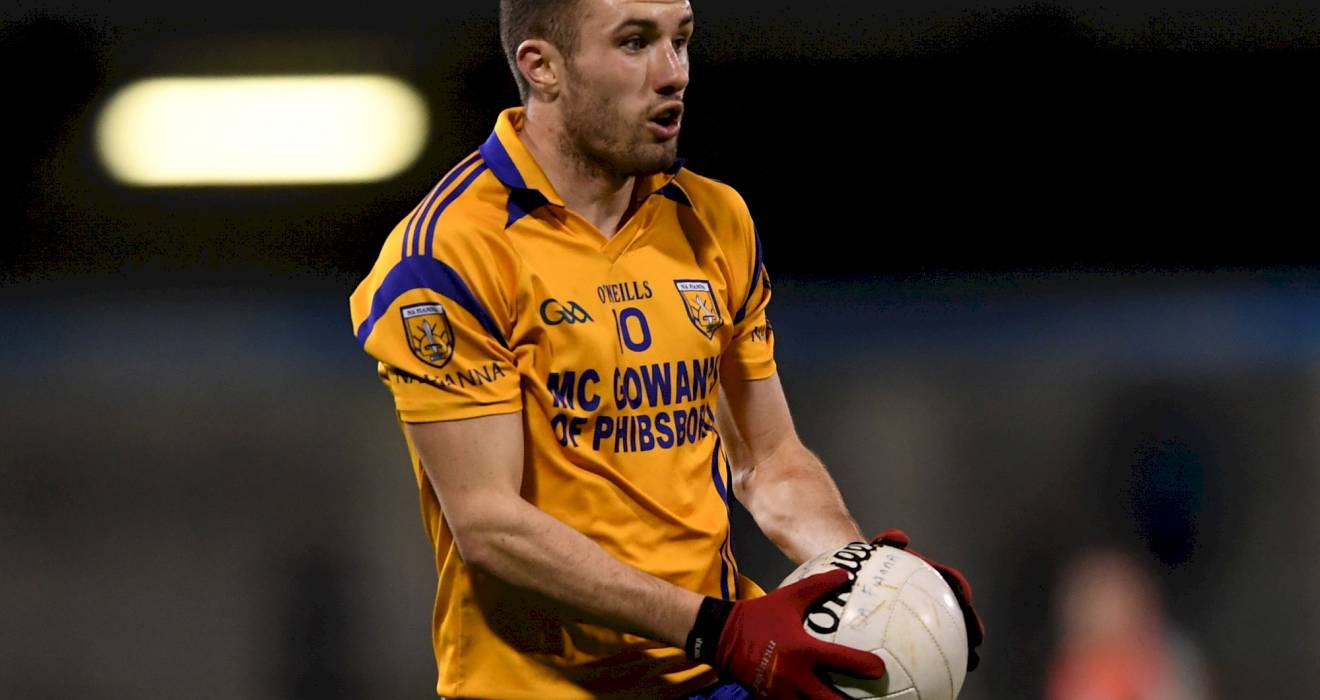 Na Fianna and Cuala set for U21FC ‘A’ decider

The under-21 footballers of Na Fianna and Cuala will strive to conclude their year on a high when they come face-to-face in this Saturday's Dublin U21FC 'A' final at Abbotstown (all-weather pitch, 2.0).

In their semi-final Cuala defeated Ballyboden St Enda's 3-15 to 2-9 in Páirc Uí Mhurchu with Darragh McAdam tallying 2-6 for the Dalkey side.

Dublin senior panellist of this year, Peadar Ó Cofaigh Byrne (pictured below in action against Galway with Na Fianna's Donal Ryan), who also starred for the county's U20 footballers, dominated at midfield with Eoin Kennedy and Eoghan O'Callaghan also impressing for Cuala. 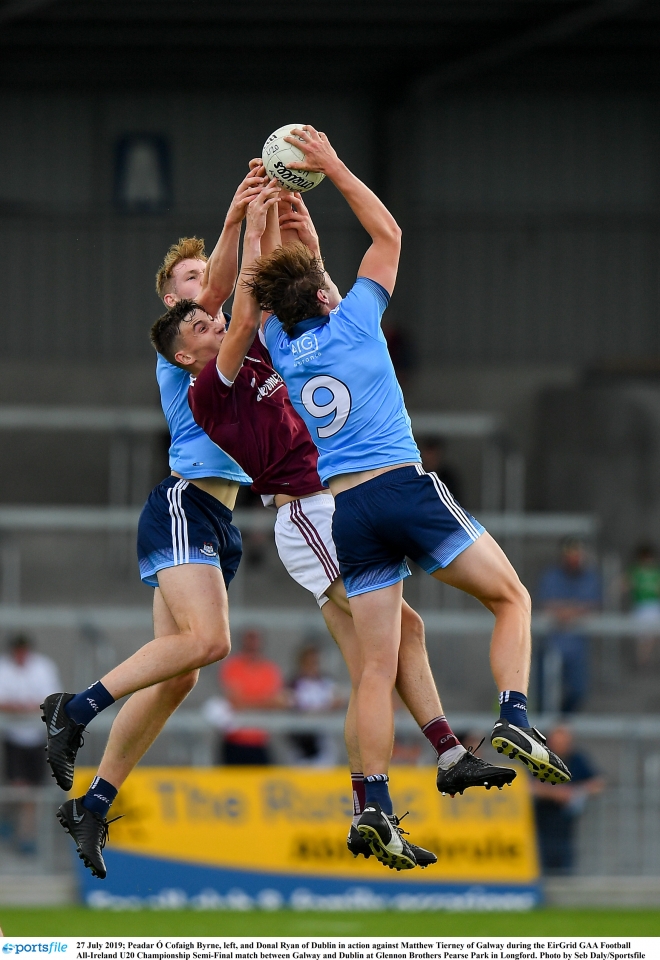 Na Fianna, who lost the U21HC 'A' final last Tuesday to Lucan Sarsfields, experienced a much tougher semi-final as they edged out Clontarf by the minimum, 1-13 to 0-15, at St Mobhi Road.

David Lacey, another Dublin U20 of this year, hit 1-3 for the victors while his Dublin U20 teammate, goalkeeper David O'Hanlon, made a crucial late save.

Na Fianna had a strong representation on this year's Dublin U20 panel that reached the All-Ireland final with several others contributing to their narrow victory with Brian O'Leary hitting 0-4, James Doran 0-3 and Donal Ryan 0-2.

In their quarter-finals Na Fianna received a walkover from Kilmacud Crokes while Cuala defeated Thomas Davis 1-17 to 1-5.