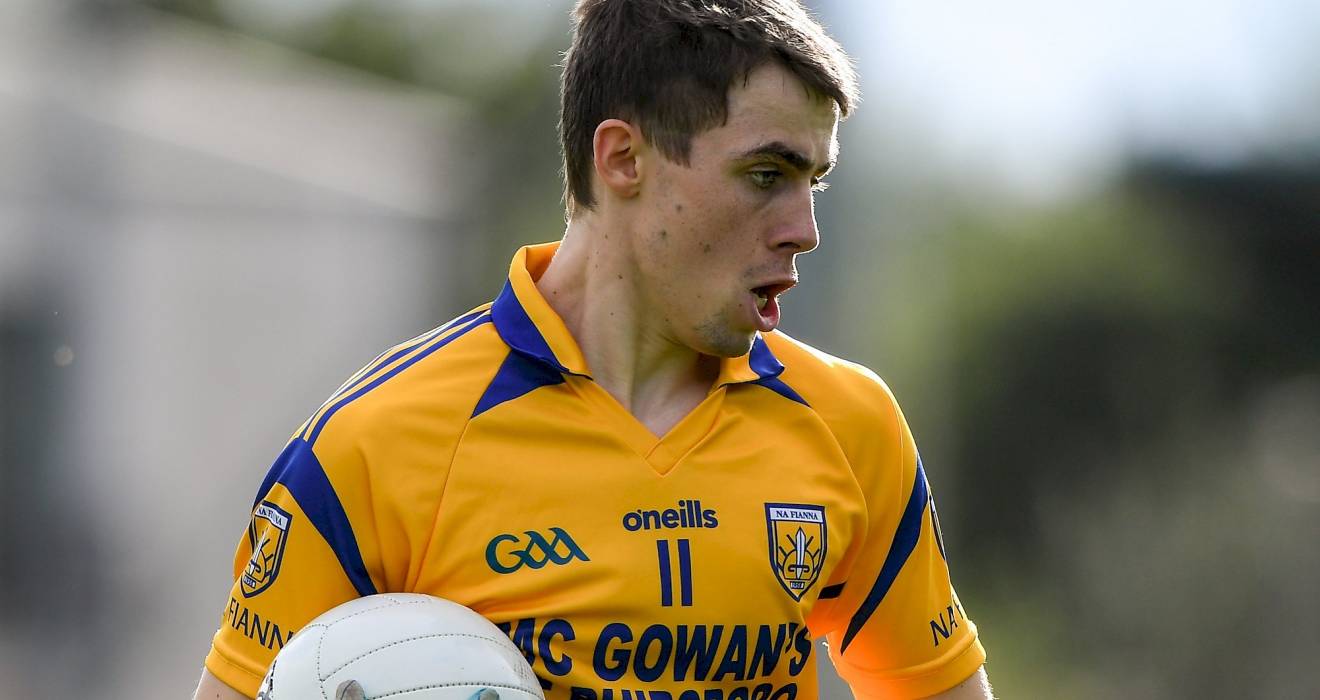 A strong opening and closing quarter saw Na Fianna progress to the quarter-finals of the Go-Ahead Dublin SFC1 following their Group 1 Round 3 victory (0-17 to 0-11) over Raheny in Parnell Park on Sunday afternoon.

Na Fianna's reward is a last-eight clash against the in-form Kilmacud Crokes - the other quarter-final pairings are: St Jude's v Thomas Davis, holders Ballymun Kickhams v Lucan Sarsfields and Ballyboden St Enda's v Castleknock/Ballinteer St John's (who are involved in a play-off to see who progresses in second place from Group 2).

Na Fianna led 0-8 to 0-4 at half-time but Raheny restarted well with points from Darren Byrne, when David O'Hanlon parried over his goal attempt, and a Seán Grenham free after he was fouled himself.

The St Mobhi Road lads replied with an Aaron Byrne '45', before Brian O'Leary tagged on two points with sub David Quinn making a positive impact on his introduction.

O'Leary slotted five points from play in total and finished as the game's top scorer from play - Raheny's Seán Grenham's 0-5 all came from frees.

Before the three-quarter mark Brian Fenton and Grenham (free) had closed the gap to three points, 0-11 to 0-8.

James O'Kane, who kicked two fine points during this well-contested duel, closed the gap to just two points but Na Fianna heeded the warning with sub Conor McHugh, Aaron Byrne from a tight angle, and Byrne again following good work by McHugh and Eoin O'Dea, kicking points to establish a 0-14 to 0-9 lead.

O'Kane responded for Raheny and while Seán Grenham was to convert a fifth free points in between from Aaron Byrne, James Doran, after a good interception from Eoin Murchan, and Seán Caffrey gave the Glasnevin side the cushion they needed.

The St Mobhi Road men scored the opening five scores of the half to lead 0-5 to 0-0 inside 12 minutes.

Brian O'Leary and James Doran got them off the mark before O'Leary again made it 0-3 by the eighth minute.

The last of these scores came after Na Fianna keeper David O'Hanlon had made a great save to deny Cian Ivers a goal and the Mobhi men swept forward to good effect.

It was not Raheny's lone goal-scoring opportunity of the first half as Paddy Reid also drove a thunderbolt off the woodwork in the 13th minute.

Points from Darragh Kennedy, picked out by David Lacey when showing good vision, and Brian O'Leary, following good defensive work by Niall McGovern made it 0-5 to 0-0.

Alastair Fitzgerald was black-carded in the 15th minute and Seán Grenham finally opened Raheny's account when converting a 16th minute free to make it 0-5 to 0-1 at the first water stoppage.

Aaron Byrne extended Na Fianna's lead on the restart, after a foul on Brian O'Leary, but scores from James O'Kane and Seán Grenham (free) cut the deficit to 0-6 to 0-3.

Before the half-time break David Lacey converted two frees either side of a Raheny point from Eoin Keogh. However, Ben McHugh was black-carded in the act of fouling Lacey for the second of those frees. 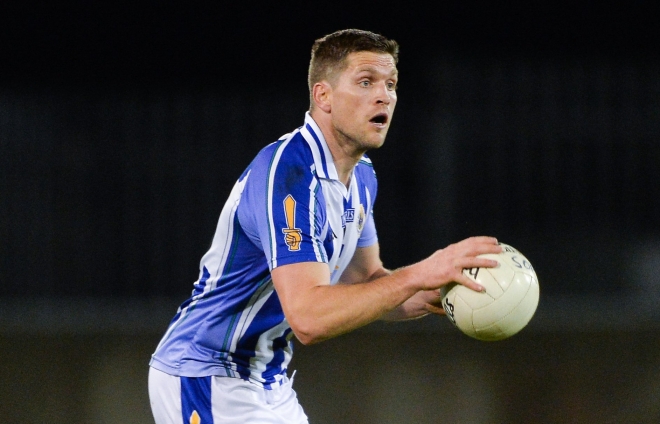 At O'Toole Park a second half goal from Conal Keaney steer Ballyboden St Enda's to a 1-12 to 0-5 victory over Whitehall Colmcille in the other SFC1 Group 1 tie.

Whitehall opened the scoring in the first half before points from Ryan Basquel, Kieran Kennedy and Warren Egan, from long range, helped Boden into a 0-3 to 0-1 lead.

Points at the start of the second half from Ryan Basquel (free), Aran Waters and Ryan Basquel again (free), following a foul on Waters, made it 0-9 to 0-4 after 40 minutes.

Keaney's goal in the 45th minute pushed his side seven points clear with Colm Basquel adding three points (including two frees) before the finish. 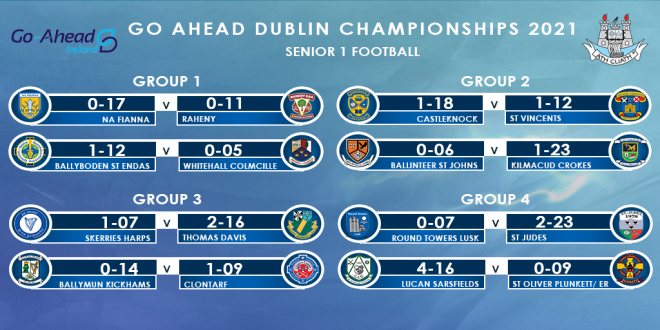