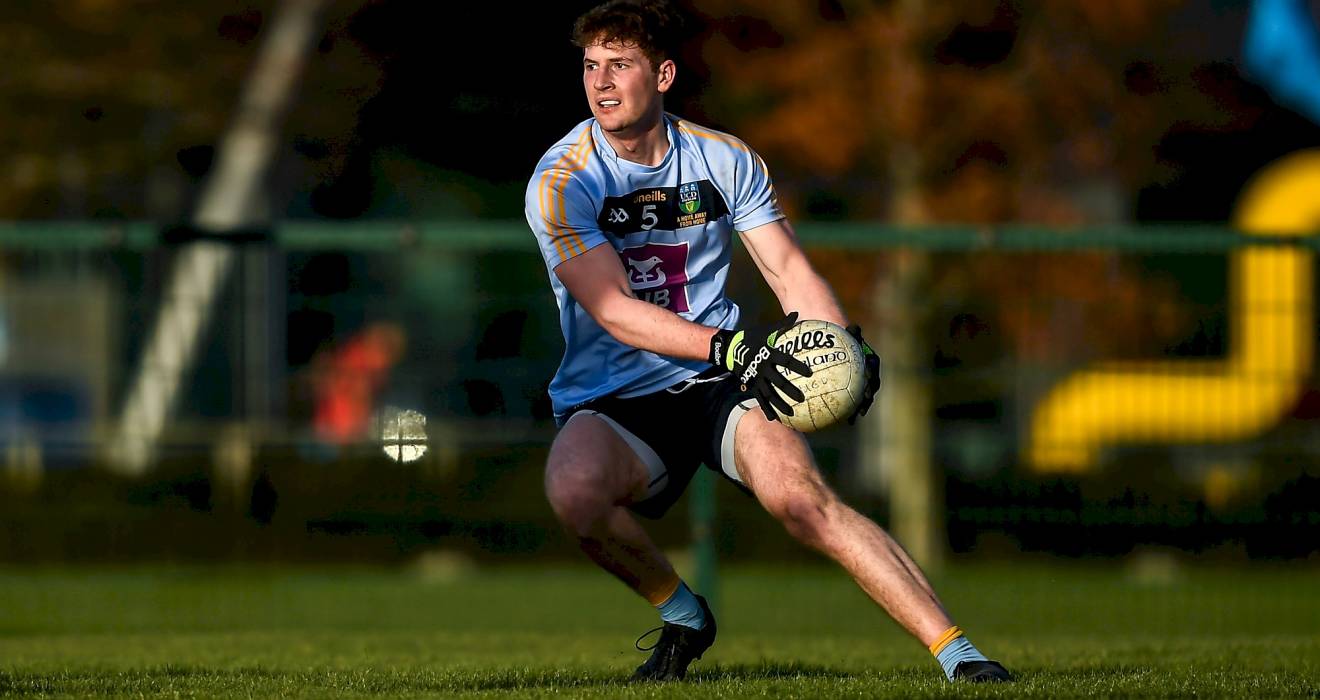 Several Dublin club players will be in opposing camps, as hosts DCU face UCD in this evening's Sigerson Cup semi-final at the DCU Sportsgrounds (6.0).

You can watch the game LIVE here:

DCU have beaten Garda College and Queen's University while UCD required extra-time in both their victories to date over St Mary's, Belfast and University of Ulster, Jordanstown to reach the last-four.

UCD progressed to the last-four when powering on in extra-time to knockout St Mary's (2-10 to 2-6) last Sunday afternoon in Billings Park, Belfield

The John Divilly-managed side looked primed to progress in normal time when holding a three-point lead entering injury-time but some poor defending was punished when Matthew McGleenan struck for a late Queen's goal to force extra-time.

In extra-time UCD were the dominant force with goals at the close of both halves from Ryan O’Toole and Gary Walsh, who scored 1-5 (0-3f) overall, proving decisive.

Con O'Callaghan got injured in the warm-up for UCD first round victory over UUJ and has not featured in either of their two games to date.

In their opening round tie UCD eventually saw off UUJ 0-13 to 0-11, again at Billings Park, Belfield.

Jordanstown looked to have made a winning move when scores from Michael McKernan, Lee Brennan and Daire Gallagher edged them two points clear with ten minutes remaining.


However, points in added time from Gary Walsh and Luke Fortune drew UCD level, 0-7 each, by the end of normal time.

It was one-way traffic in the first period of extra-time as UCD dominated thanks to two points apiece from Ray Connellan and sub Fiachra Clifford as they held on for victory.

DCU, who are managed by former Dublin senior footabller Paddy Christie who also managed the country's minors for two years (2015, 2016), enjoyed a massive 26-point (7-14 to 0-9) quarter-final victory over Queen's University at DCU's Sportsgrounds.

Monaghan native Michael Bannigan was also DCU's chief scorer in the first round victory over Garda College (0-11 to 0-9) at DCU's Sportsgrounds when his late flurry of points saw his side to victory.

Letterkenny IT face IT Carlow in the other Sigerson Cup semi-final.