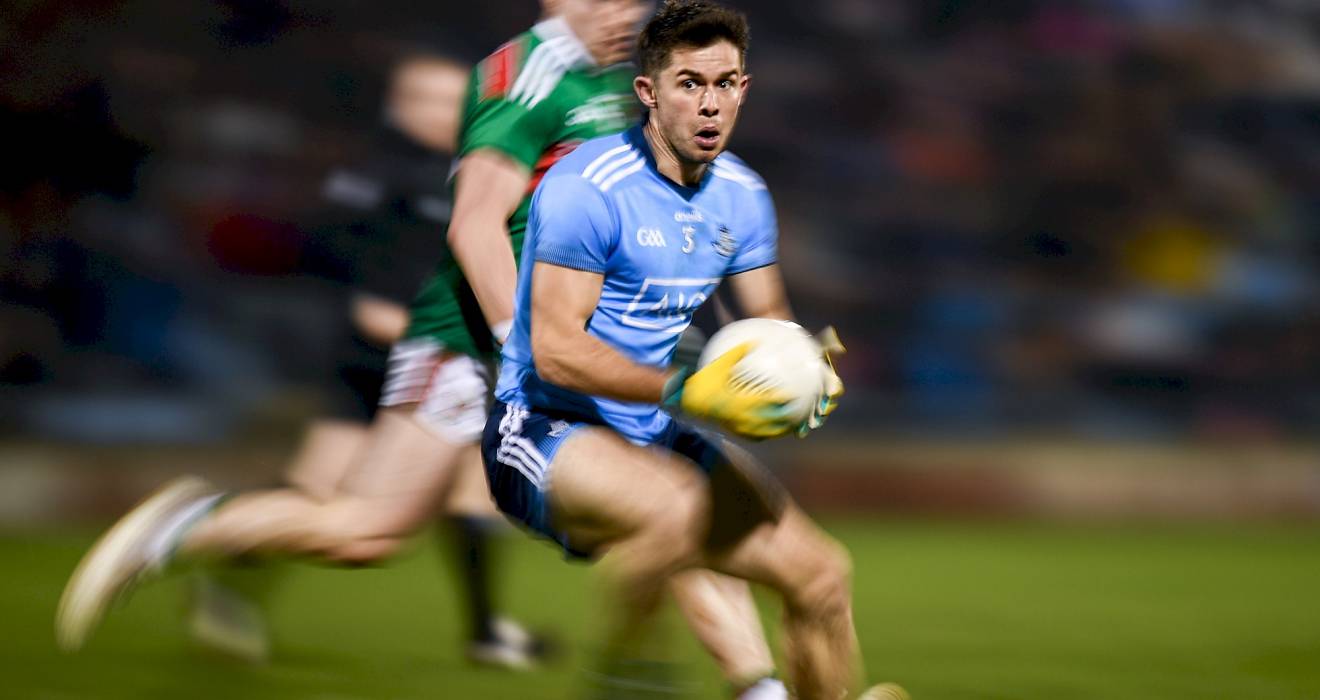 The only goal of the night, before an attendance of 15,148, arrived in the tenth minute of the second half when Dean Rock connected with a pass from Kevin McManamon at the front post and guided it into the opposite corner to give his side a 1-6 to 0-5 lead.

Mayo’s case was made all the harder as they were reduced to 14 men in the 15th minute when Jordan Flynn was red-carded for a high challenge on John Small.

The game opened up a bit in the second half and with the advantage of the extra man Dublin built up some breathing space after an opening half when Mayo held slightly the upperhand but were guilty of some poor shooting.

Mayo held a 0-5 to 0-3 advantage with half-time approaching following a point from a mark by Fergal Boland.

However, the Dubs finished the half with a bit of bounce when Dean Rock converted a close range free following a foul on his Ballymun Kickhams clubmate John Small.

Before the break another of the Kickhams crew, James McCarthy, joined the attack to slot the first of his two important points to bring the sides level, 0-5 each, at the break.

Two minutes into the second half Dan O’Brien, making his starting NFL debut, crowned a hard-working display with a point to nose Dessie Farrell’s men in front.

They never trailed thereafter with Rock’s 45th minute goal propelling his side into a four-point lead, 1-6 to 0-5.

Mayo had closed the gap with a James Durcan free, following a foul on Lee Keegan, before Dublin had Michael Fitzsimons black-carded, he returned to action in added time.

The introduction of Aaron Byrne boosted the Dublin forward unit with his injection of pace once again causing trouble for a tiring defence.

The Na Fianna man had a fisted point effort come back off the crossbar in the 63rd minute but did get on the scoresheet in injury-time as Dublin sealed victory.

In between McCarthy slotted his second point, a well judged effort from the right of the posts after unselfish play by David Byrne and Brian Fenton, and Rock converted his third free. 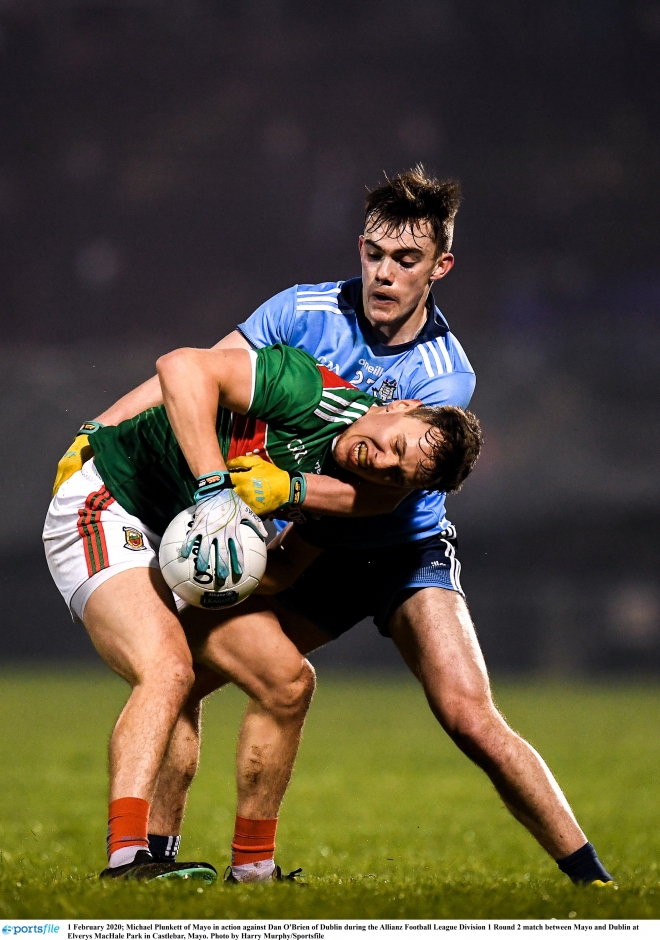