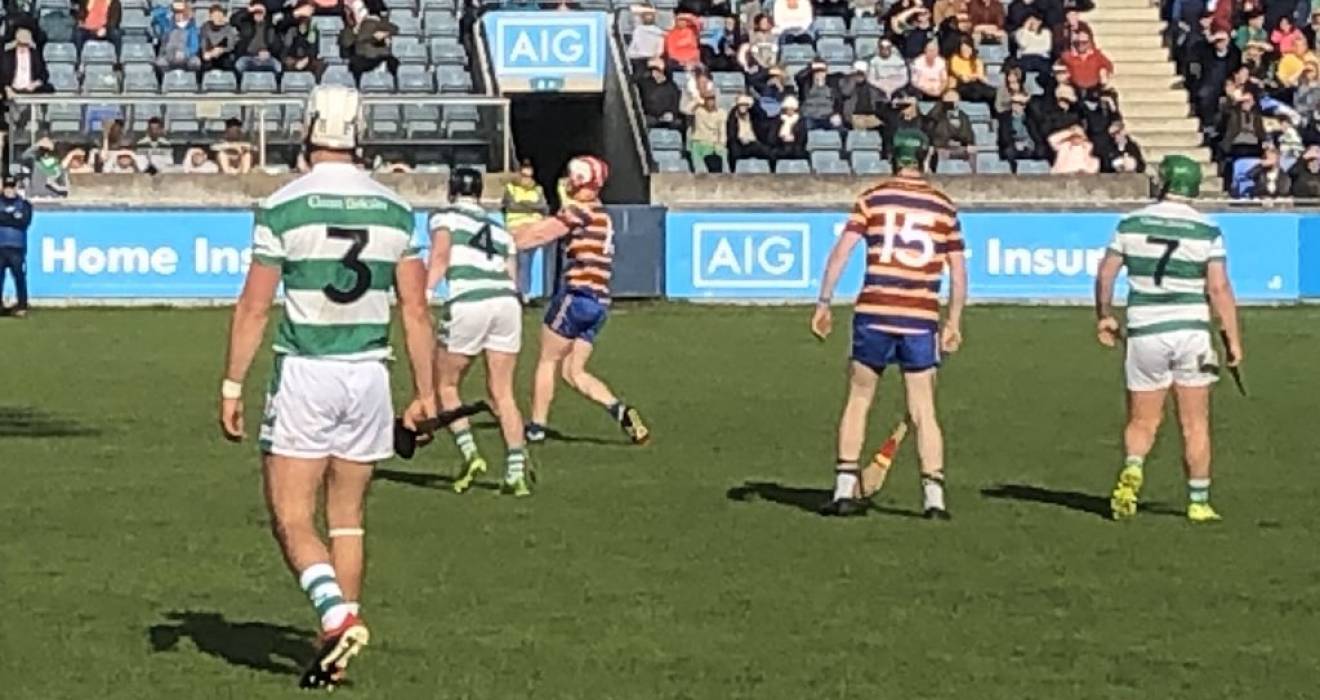 Scoil Uí Chonaill will represent Dublin in the Leinster Club IHC following their 0-20 to 3-9 victory over Round Tower, Clondalkin in Sunday’s play-off in Parnell Park.

Scoil, the Dublin SHC ‘B’ champions of this year, came with a storming finish to edge out the Clondalkin outfit, Dublin’s IHC winners, to set up a meeting with Wicklow’s senior champions, Bray Emmet’s, in two weekends time.

Round Tower Clondalkin led 3-9 to 0-14 with five minutes of normal time remaining but they failed to score again as Scoil hit six points without reply.

Tower’s led 2-3 to 0-6 at half-time with their first goal coming in the eighth minute when a long delivery into the danger area from Jack Whelan ended up in the net, their second arrived in the 29th minute when Barry Finn fired to the Scoil net from close range.

The opening exchanges in the second half were evenly balanced but Eric Finn’s goal in the 43rd minute which was followed by two points saw the Clondalkin men lead 3-7 to 0-11 with 15 minutes to go.

However, Tower’s managed just one further point as Scoil took charge and their scoring surge at the finish brought them to victory.