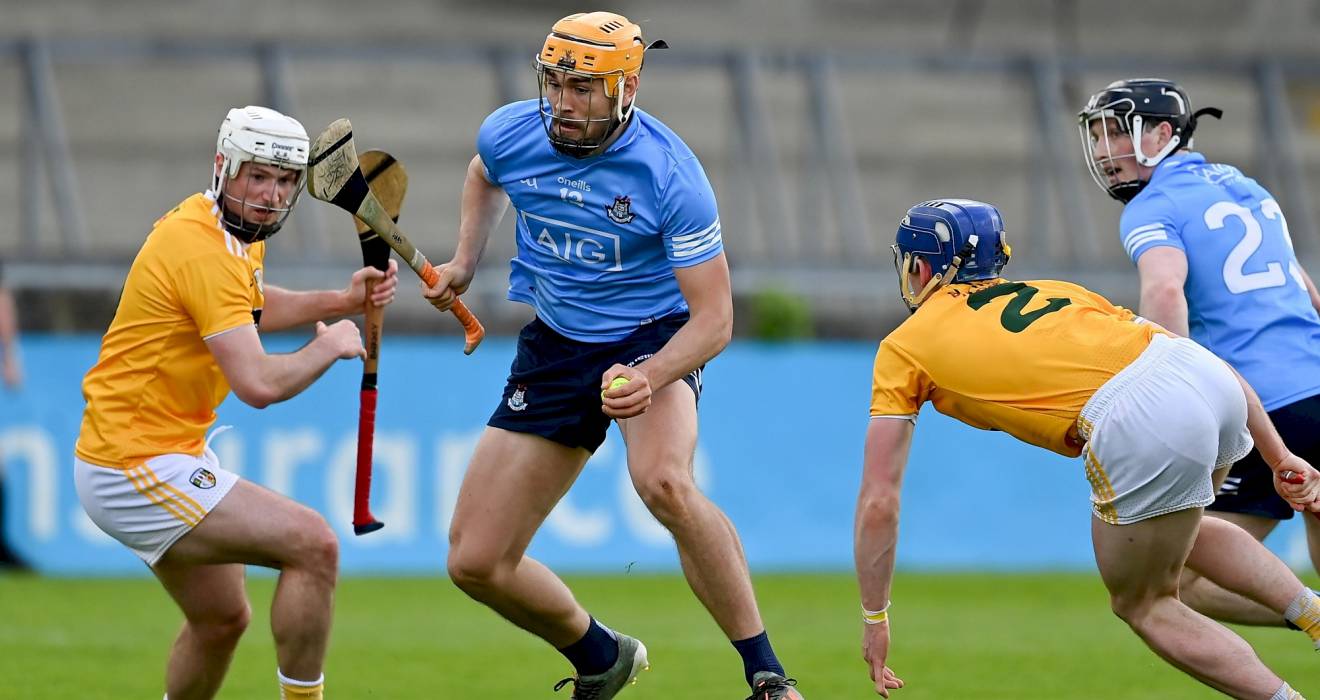 The sides will meet again not too long down the road in Leinster SHC action and Dublin manager Mattie Kenny didn't feel Saturday's game has any impact on that meeting.

"We know from past history that it's not significant at all, winning a league game like this. Championship is knockout hurling and it's always about what happens on the day," said Mattie.

"Every match in the Championship is a kind of a cup final and we'll have to go out again and get the result on that day.

"Antrim are a fine team with some really good performers. They're physically strong and very fit. At the final whistle they were going as strong as they were at the start. They're going to be a huge challenge for us again next month."

Dublin showed the greater fluency after the first water break as their defence completely nullified the visitors' attack.

Up until that point, the contest was evenly shared in terms of possession, scores and errors with Antrim showing well through the efforts of wing-forward Niall McKenna who added a brace of fine scores.

Dublin responded in kind through well-taken points from Conor Burke, Jake Malone and Seán Moran before they took the lead through a Donal Burke ‘65’ in the 17th minute.

The remainder of the half was a story of Dublin control as Cian O’Callaghan and Eoghan O’Donnell closed up shop, limiting Antrim to a solitary point in that second quarter, and while the marksmanship was awry at times, Danny Sutcliffe grew into the game with a trio of classy scores.

A brace of Donal Burke points prompted a 0-13 to 0-6 interval lead and that same pattern of supremacy was maintained in the early stages of the resumption as Daire Gray matched Sutcliffe’s efforts with three points of his own.

These scores handed the hosts a ten-point buffer by the 45th minute and that buffer was required as Antrim fought back, thanks to a 51st minute Neil McManus penalty after a foul on lively substitute Conor Johnston.

Three minutes later, Ronan Hayes worked an opening in Antrim's last line of defence before passing to Jake Malone, the Cuala man then picked out Hayes in front of goal and he fired to the net for Dublin's first goal in this year's league campaign.

Their deficit was reduced to five points by the 64th minute after an excellent Keelan Molloy point but Dublin’s bench made a positive impact as John Hetherton, Davy Keogh and Paul Crummey all chipped in with points to ease Mattie Kenny's side home to victory.