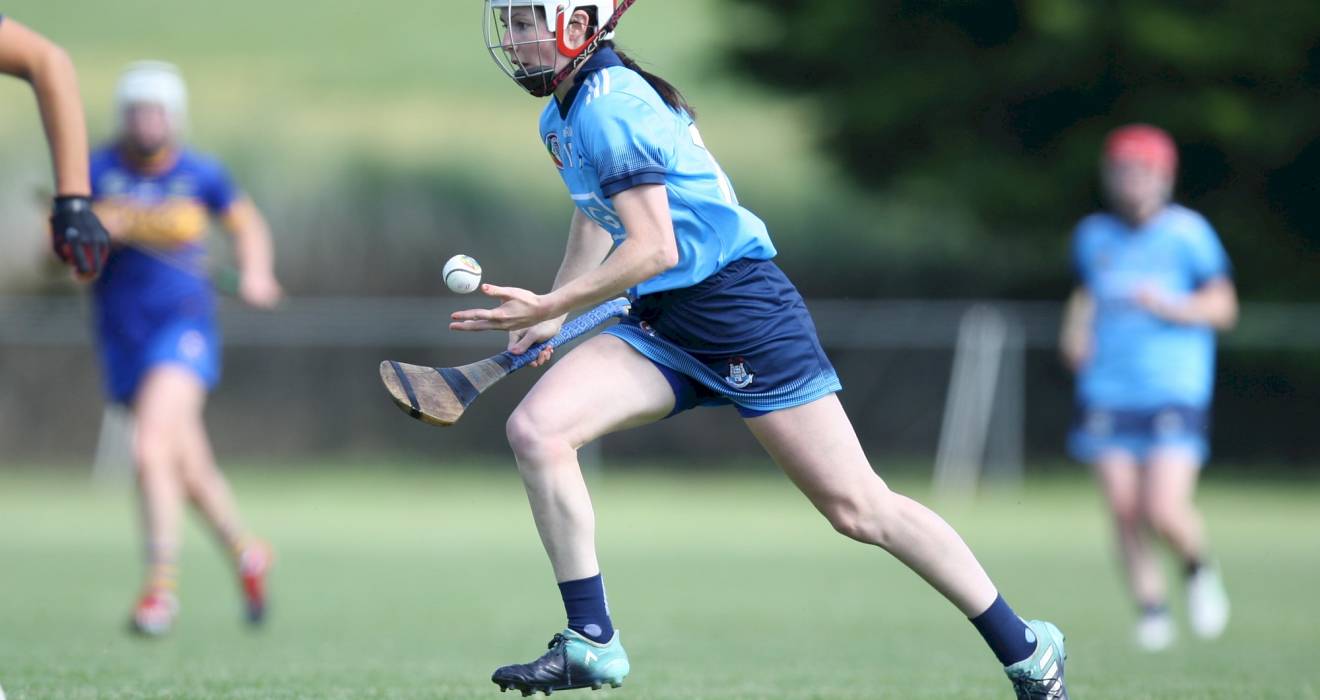 Senior camogie side edged out by Tipp

Dublin were edged out by Tipp by five points (1-11 to 0-9) in a hard-fought encounter at The Ragg on Saturday afternoon.

In a game where every score was hard-earned, Niamh Treacy put Tipp in front after 30 seconds but then Dublin pushed 0-2 to 0-1 ahead after ten minutes of action.

It could have been much more, after Caoimhe Burke pulled down Sinéad Wylde for a penalty, but the Dublin attacker – who was in superb form from frees throughout most of the game – pulled her effort wide of the post.

Tipperary edged in front and two monster scores from Mary Ryan from midfield helped them to lead by 0-7 to 0-4 at half-time.

They struck another point before the crucial score after 40 minutes set them on a winning path.

Grace O’Brien turned over a short Dublin puckout and the ball was worked to Eilish McDonald for the only goal of the game.

Late points from Laura Twomey and Gráinne Quinn kept Dublin it but Cáit Devane finished with 0-5 and McDonald with 1-2 for Tipp, while Caoimhe Burke made a superb late save to deny Wylde and preserve a 1-11 to 0-9 win for the Premier women.

LIBERTY INSURANCE ALL IRELAND SENIOR CHAMPIONSHIP: Frank Browne’s Dublin Senior team travelled to The Ragg to face Tipperary in round 4 of the Liberty Insurance All Ireland Championship on Saturday last. The girls put up a great battle and were a good match for Tipp but it was not to be. Dublin were very unlucky in front of the goals when many attempts missed the net by inches and Tipperary came away with the win which results in Dublin not qualifying for the All-Ireland quarter final. Full Time Score: Tipperary 1.11 v Dublin 0.09 The final game of Dublin’s Senior Team will be against Clare on Saturday next July 20th, time and venue TBC. Whilst Dublin are out of Championship, this is a hugely important game to ensure they avoid any relegation issues.

ALL-IRELAND INTERMEDIATE CHAMPIONSHIP: Dave Dunning’s Dublin Intermediate team travelled to Kinegad to play their 4th match of the Championship. It was not their day. Westmeath won 2.16 to Dublin’s 1.09 Next up for the Inters is on Saturday next July 20th when Dublin play at home to Galway at 4pm at Round Towers GAA, Monastery Road, Clondalkin.

ALL-IRELAND CAMOGIE U16A CHAMPIONSHIP: After a great win over Clare last week, Jonny Jackson’s U.16A team fell at the hands of Galway on Sunday in R2 of the All Ireland Championship. FT score Dublin 0.15 v Galway 7.10. Dublin play away to Wexford in R3 on Sunday next July 21st in what will be a crucial match for positions in group stages. Time and Venue TBC.

LEINSTER POC FADA: Congratulations to Hannah Bourke (Castleknock) Dublin who took 1st place in the Leinster Poc Fada U16 competition and to Stef Carthy (Na Fianna) who came 3rd in the Leinster Seniors.

DUBLIN CAMOGIE SUMMER CAMPS: Dublin Camogie will be running a Summer Camp again this year. All of the Coaches will be Dublin Seniors.it promises to be a great Camp. Details are as follows- Dublin Camogie Summer Camp at Abbotstown for Ages 11, 12 , 13Tuesday, Wednesday and Thursday July 23rd, 24th and 25th.10am to 2pm . €60 per child €100 for 2 siblings. To register, for the camp please e-mail dcdbsecretary@gmail.com