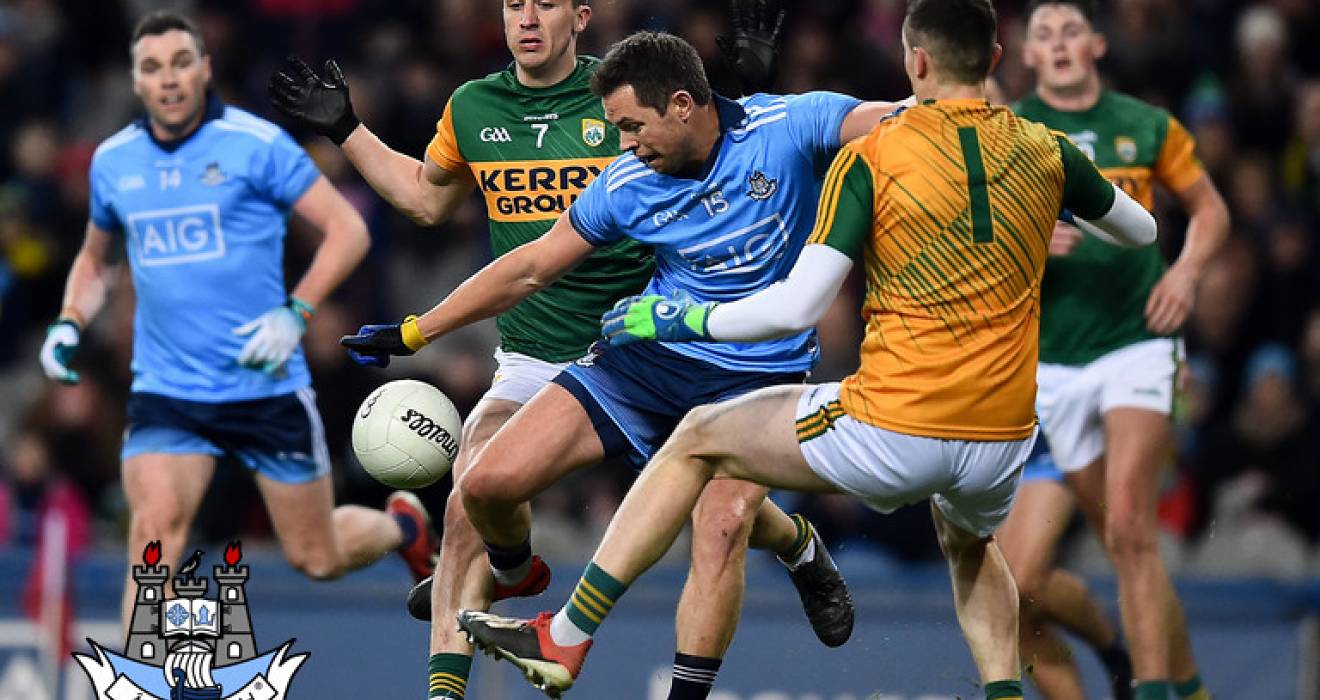 An attendance of 42,502 came through the turnstiles and those who stayed to the finish experienced a terrific tussle that ended in drama with David Clifford kicking an equalising free for the Kingdom in the tenth minute of added time.

Kerry moved three points clear inside the last ten minutes of normal time but as ever Dublin's resilience and will to win came to the fore and they looked to have snatched victory when Dean Rock converted his sixth free, to add to his first half penalty, in the 77th minute.

Points from Rock (free), the influential James McCarthy, a Ciarán Kilkenny (two) including one mark after a powerful fetch and point from lively sub Aaron Byrne saw Dublin reel in Kerry between the 62nd and 69th minute to draw level, 1-17 each, as the game moved into added time.

Niall Scully edged Dublin in front before Paul Geaney (free) brought the sides level when punished a mix up in the Dublin defence.

Rock's free seven minutes into injury-time, after the Dubs had held possession for 26 passess and over two minutes, looked to have given new Dublin manager, Dessie Farrell, victory on his NFL bow as boss but Kerry got once last chance and they took it to share the spoils.

Dublin, despite only returning to training in the past two weeks, bolted out of the blocks at the start and engineered a 0-5 to 0-1 lead by the 14th minute.

Conor McHugh did well early on, kicking one excellent point from play as well as being fouled for two frees that Dean Rock converted.

However, David Clifford's superb individual goal rocked Dublin in the 18th minute to bring the sides level (0-5 to 1-2) after the impressive James O'Donoughe had three minutes early cut the deficit.

Then Brian Fenton took the game by the scruff and before the interval he had 0-4 in his account, all superb strikes.

Four minutes before the end of normal time in the opening half Dean Rock was fouled in the square and from the resulting penalty he sent Shane Ryan the wrong way to propel his side into a 1-8 to 1-6 lead.

By the break Dublin were 1-10 to 1-9 clear following Brian Fenton's fourth point from play in the opening period. The Dubs played out the conclusion of the first half and the early period of the second half with 14 men following defender Eric Lowndes being black-carded in the 38th minute.