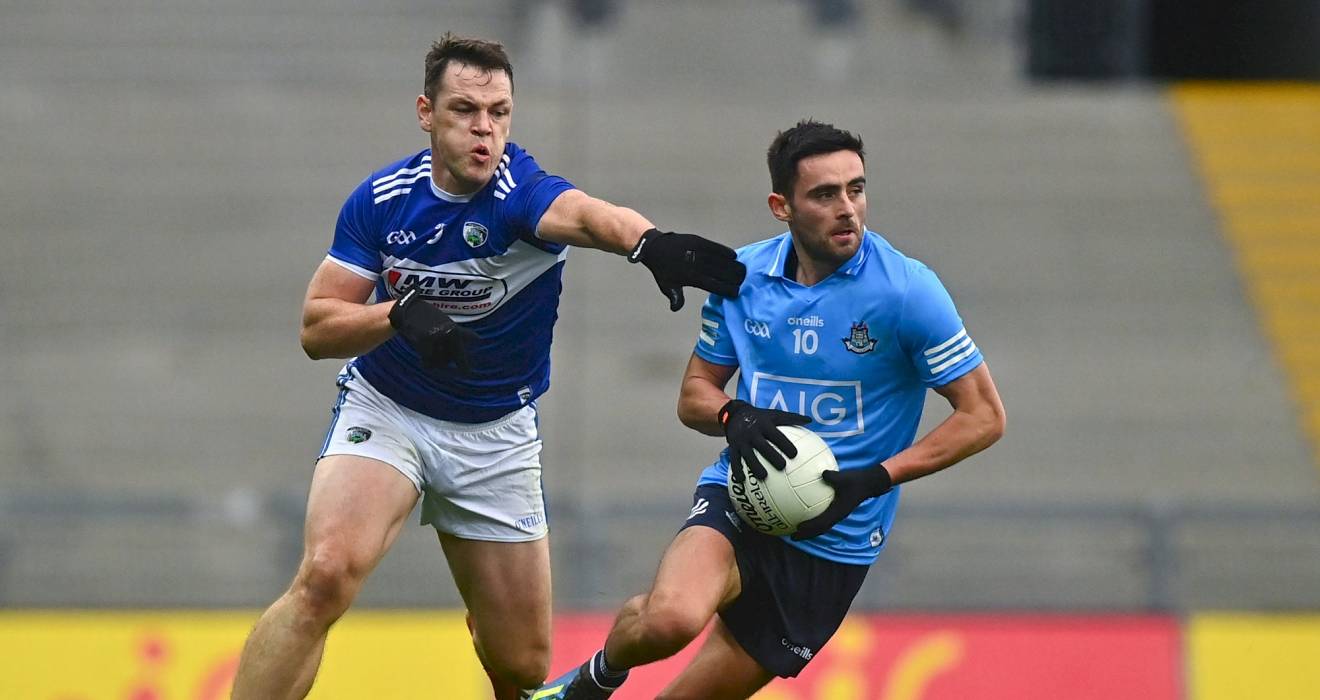 Dublin cruised into the Leinster decider after his 22-point victory over Laois at Croke Park on Saturday.

The Dubs would have won by more but for some goalkeeping heroics from the O’Moore County’s netminder Niall Corbet who denied Dublin on several occasions.

Brian Fenton and Niall Scully had great goalscoring opportunities in the opening half with Corbet also parrying efforts from Con O’Callaghan in the 49th minute which went over for a point and John Small, from a tight angle, in the closing minutes.

The Dublin goal itself had a charmed life in the second minute when Laois forward Evan O'Carroll rounded Michael Fitzsimons and headed goalward, however, his goal attempt hit the post and was cleared to safety by Seán Bugler.

Dublin ran away from their opponents in the second half with sub Cormac Costello showing great accuracy from play and deadball.

Dublin will face Meath, impressive victors over Kildare in their provincial semi-final, next Saturday in Croke Park (7.0) in the Leinster final.

The game opened at a relatively slow tempo but following the first water break Dublin upped their tempo and tallied 1-4 without reply before half-time to lead 1-7 to 0-2.

A 24th minute point off his left by Ciarán Kilkenny made it 0-4 to 0-2 to Dublin before Seán Bugler hit Dublin’s first goal when he combined with the influential Brian Fenton before angling to the net off his left foot.

Points from Ciarán Kilkenny and the industrious Niall Scully extended Dublin’s lead before Paddy Small fired over, having missed a few earlier opportunities. 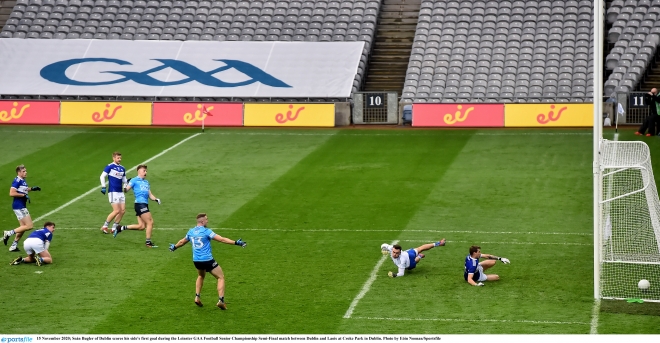 Seven minutes into the second half Ciarán Kilkenny shot on the half-volley to the net to beat the advancing Niall Corbet after a well weighted handpass James McCarthy had put his through on goal.

As the game wore on the introduction of Paul Mannion, Brian Howard and especially Cormac Costello added ball-wining and scoring potency to Dublin’s attack as they continued to keep the scoreboard ticking over - nine different players scoring before the final whistle.