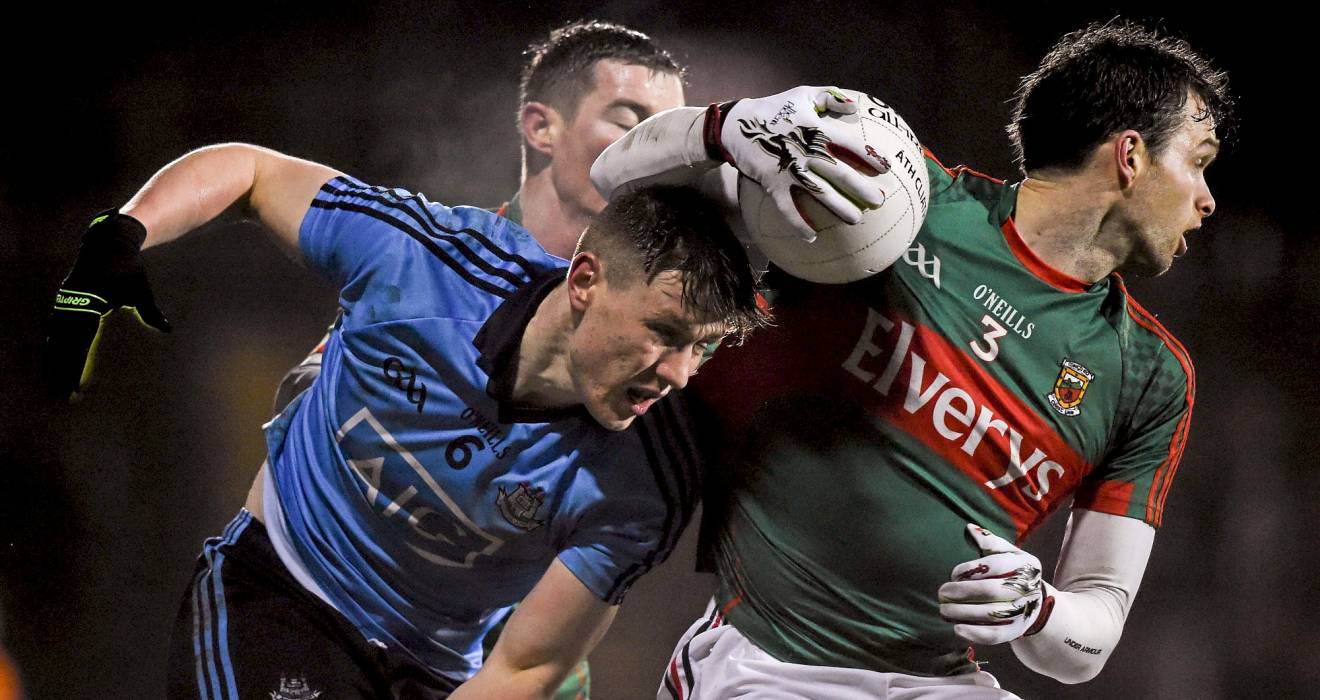 That makes it two wins from two starts for the holders who face Monaghan in Croke Park in their next outing on Saturday, February 27 in Croke Park (7.0).

Dublin had to show the belief and determination of champions to dig out this victory on a night not made for playing any free-flowing football in front of a crowd of 10,520.

Forced and unforced errors were the order of the night but it was Dublin who showed more patience and will to win in the second half after Mayo had frustrated a wind-assisted Dublin in the opening period.

Mayo flooded bodies back inside their own '45' in the first half leading to a very dull encounter while Dublin did not play with anything like the penetration and pace they exhibited against Kerry in their opening game.

Both teams finished the game with 14 men when both Johnny Small (Dublin) and Colm Boyle (Mayo) were dismissed on second yellow cards in the 76th minute. Dublin also picked up two black cards when Philly McMahon (third minute) and Jonny Cooper (71st minute) had to be replaced.

There was no clearcut goal-scoring chances in either half which tells its own tale and in a stop-start opening half Dublin held a 0-4 to 0-3 interval advantage after Dean Rock converted a '45' in the third minute of first half added time.

Moments of skill were seldom with Diarmuid Connolly's 20th minute point, off his left foot, the pick of the opening half scores while Dublin utilised possession well in the 31st minute for Denis Bastick to slot over following good work from the highly influential James McCarthy and Tomás Brady.

Diarmuid O'Connor, Mayo's best player on the night, brought the sides level in the 43rd minute but then Dublin hit their most important phase of the game.

A Rock free, following a foul on Emmett O Conghaile, and points from McCarthy, an excellent score off his less favoured left foot into the wind, and Rock again propelled Jim Gavin's side into a 0-7 to 0-4 lead.

Evan Regan closed the gap before lively sub Cormac Costello showed great awareness to work a one-two with Cooper before splitting the posts, 0-8 to 0-5.

Mayo keeper Rob Hennelly put over a '45' to give Mayo hope of a late surge for victory but O Conghaile's point which curled in brilliantly gave Dublin the breathing space to get out of Castelbar with an important win.