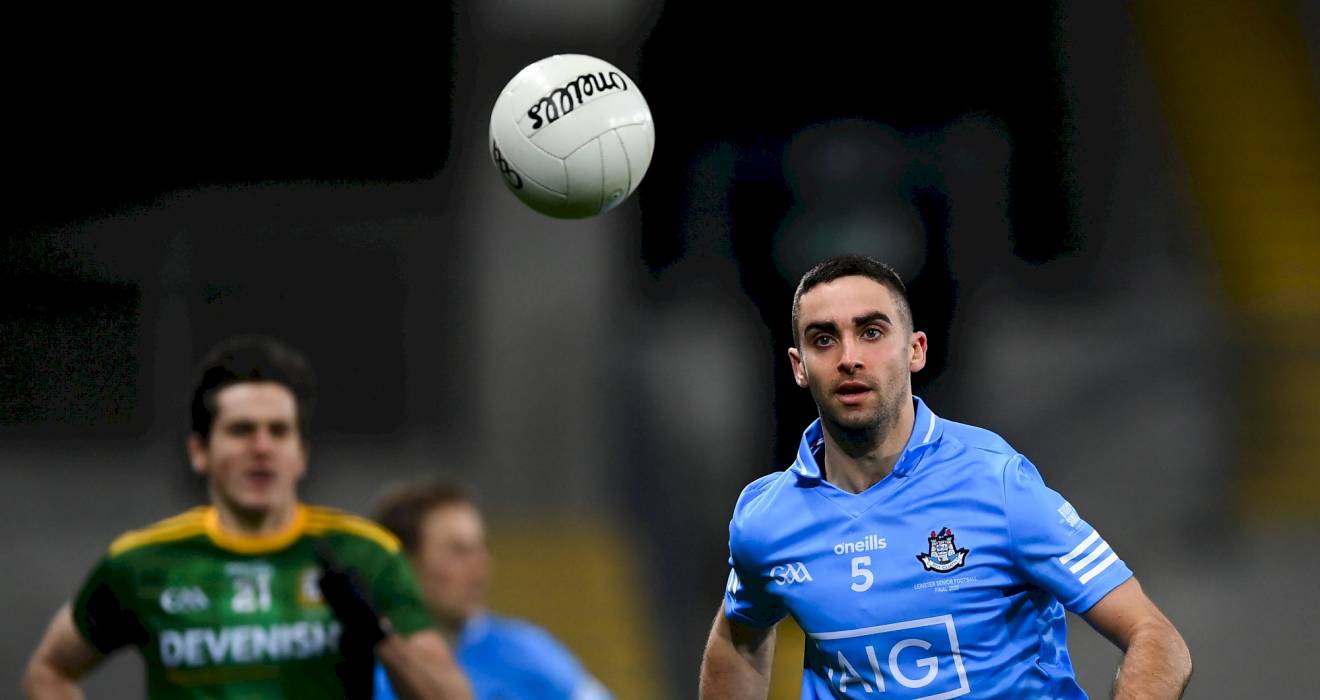 Dessie Farrell’s men showed great precision and work-rate and set about their task of winning from the opening whistle.

Dean Rock’s eighth minute goal, a superb team move from a Stephen Cluxton kickout, put the Dubs on their way as it ignited a scoring sequence of 2-10 before the half-time interval.

Paddy Small, Ciarán Kilkenny and Dean Rock added points and by the first water break were 1-6 to 0-2 up. 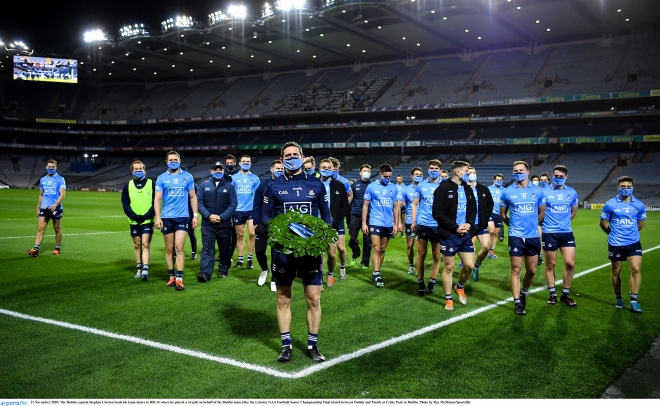 Dublin maintained their scoring streak after the short break with Seán Bugler hitting the second goal in the 23rd minute – another incisive move with wing-back Robbie McDaid covering great ground. By the half-time break Dublin led 2-12 to 0-2.

The sight of Dublin forwards working back deep in their own defence was a clear sign of their willingness to work hard as the Meath side, who had tallied 12 goals in their previous championship games in this campaign, had their routes to goal shut down.

Meath had early chances but Dublin tackled in numbers and generally closed down the opportunities quickly as they went another Leinster SFC game without conceding a goal.

And when the opportunity did arrive for Meath sub Joey Wallace late in the second half Stephen Cluxton pulled off an excellent save to deny him from close range.

In added time Dublin got their third goal – a brilliant run by Kevin McManamon saw him through on goal, his attempt was parried by keeper Mark Brennan but Niall Scully was on hand to sweep the rebound to the net.

Despite Dublin’s victory the down side was the red card shown to Cormac Costello while a few players picked up niggles – Dublin’s All-Ireland semi-final (against Ulster champions Cavan) is on Saturday, December 5 (5.30). 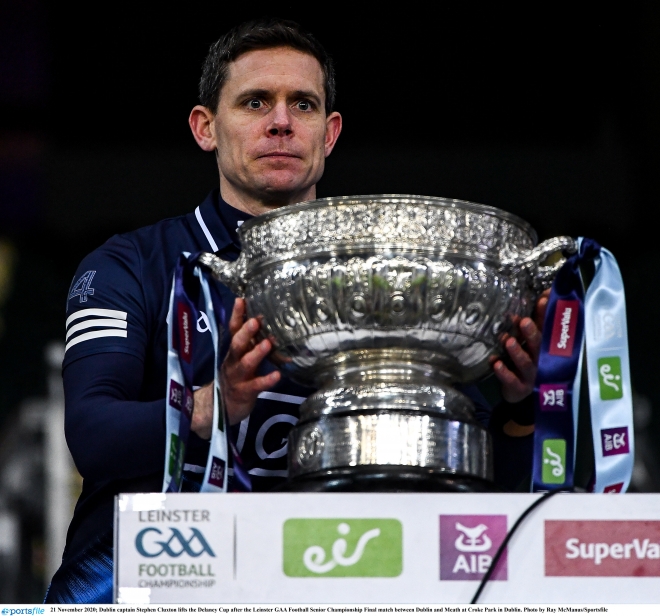 Dublin manager Dessie Farrell said his team were determined to mark the 100th anniversary of Bloody Sunday with a victory.

"Obviously it's a huge occasion for the GAA," said Dublin manager Dessie Farrell.

"In some ways, what happened here 100 years ago is very much part and parcel of our identity as an organisation. We touched on it during the week about the importance of the night and the commemoration and we just felt in our own small way that it was important to recognise the people who perished on that night and (who were) struck down in very sad circumstances, and to just take the opportunity to be grateful for all we have and the opportunity that we've been provided by all those who have gone before us, our forefathers and people like who were killed here 100 years ago."

The Dublin boss acknowledged afterwards that this display was the best of his reign so far – seven league games and three in the championship.

"It was, yeah. Obviously Meath had put together some very good performances, we got a sample of it in Parnell Park a couple of weeks back in the league. They will probably count themselves unlucky not to have got more out of that game on that night. So we were ready for a big challenge here for sure.

"We knew we'd have to step it up for a Leinster final and based on what we'd seen from Meath they were coming in very confident, had been bagging a lot of goals, were on the crest of a wave so it was definitely going to focus the minds for sure. I think we saw a pretty decent and focused performance from us tonight which was very pleasing."