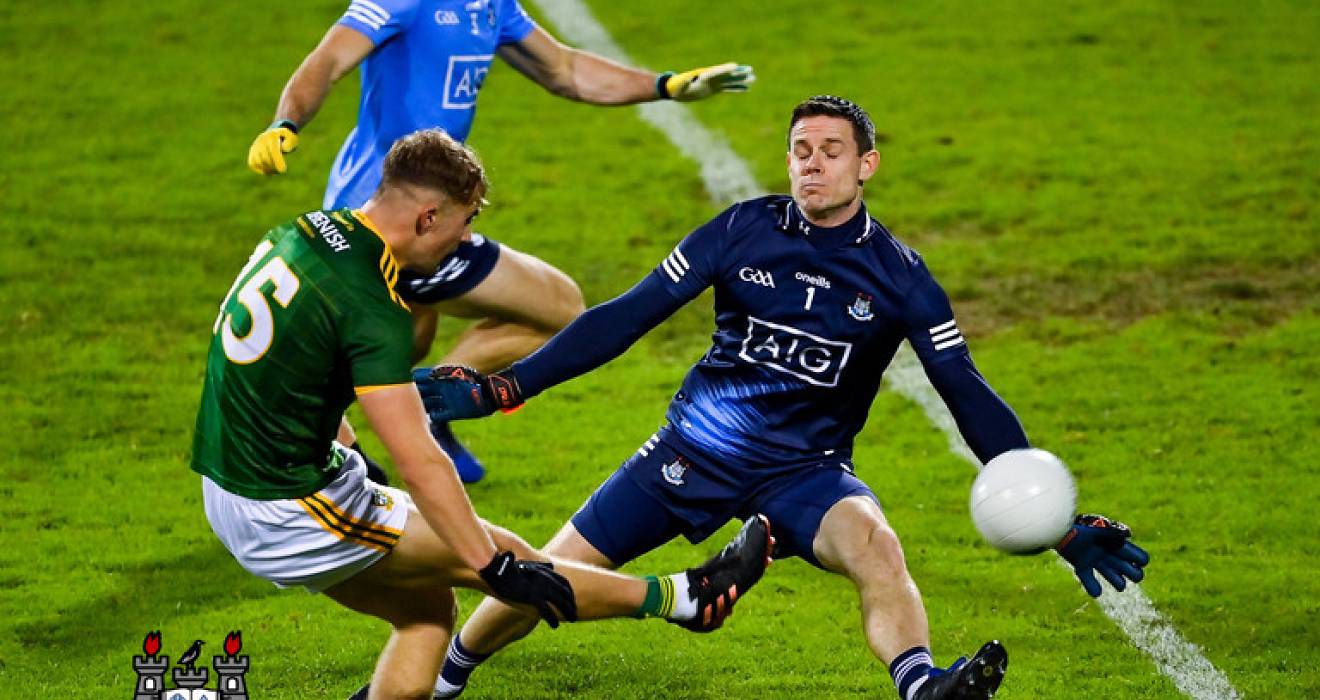 Senior footballers win on historic night for Rock and Cluxton

Johnny's career spanned from mid July 1919 to late May 1938 and on Saturday night Cluxton added that record to his incredible collection having first feature for the seniors in the summer of 2001.

It was a mixed display from Dessie Farrell’s men – opening very brightly, leading by seven points after 25 minutes but having to battle to the finish to see off Meath who got within a point by the eighth minute of the second half.

Dublin opened impressively to lead 1-4 to 0-1 inside ten minutes after Shane Walsh had opened the scoring for the Royal County.

Dean Rock’s eighth minute goal, after being played through on the ground by club-mate Paddy Small, saw him break Jimmy Keaveney’s record and he added two points soon after with Con O’Callaghan and Ciarán Kilkenny Dublin’s other scorers.

Dublin’s other record-breaker, Stephen Cluxton, had a busy enough night as Meath put pressure on his kickouts to good effect at times while he showed great alertness on several occasions as Meath threatened to strike for goal including late in the opening half when he denied Cathal Hickey from close range.

Paddy Small kicked two fine first half points for Dublin with Brian Fenton doing well at midfield but it was their opponents who concluded the first half on the up with four converted frees in-a-row from Thomas O’Reilly to leave it 1-10 to 0-10 at half-time.

A stylish left-footed point from Brian Fenton within a minute of the restart moved Dublin four clear but Meath were very much in contention following points from Cillian O'Sullivan and Thomas O'Reilly (both frees) as well as another from Shane Walsh.

Walsh went close to goaling for Meath in the 47th minute but his shot from close range hit the side-netting.

It was a let off for the Dubs and four converted Dean Rock frees over the next ten minutes helped them regain their clear goal advantage.

Dublin had introduced  Brian Howard, who brought ball-winning ability and industry to the middle third and with Con O'Callaghan and Ciarán Kilkenny both kicking two points over the close of the game, Con showing great determination to keep the ball in play for his team-mate's fourth point of the night, they secured both league points.