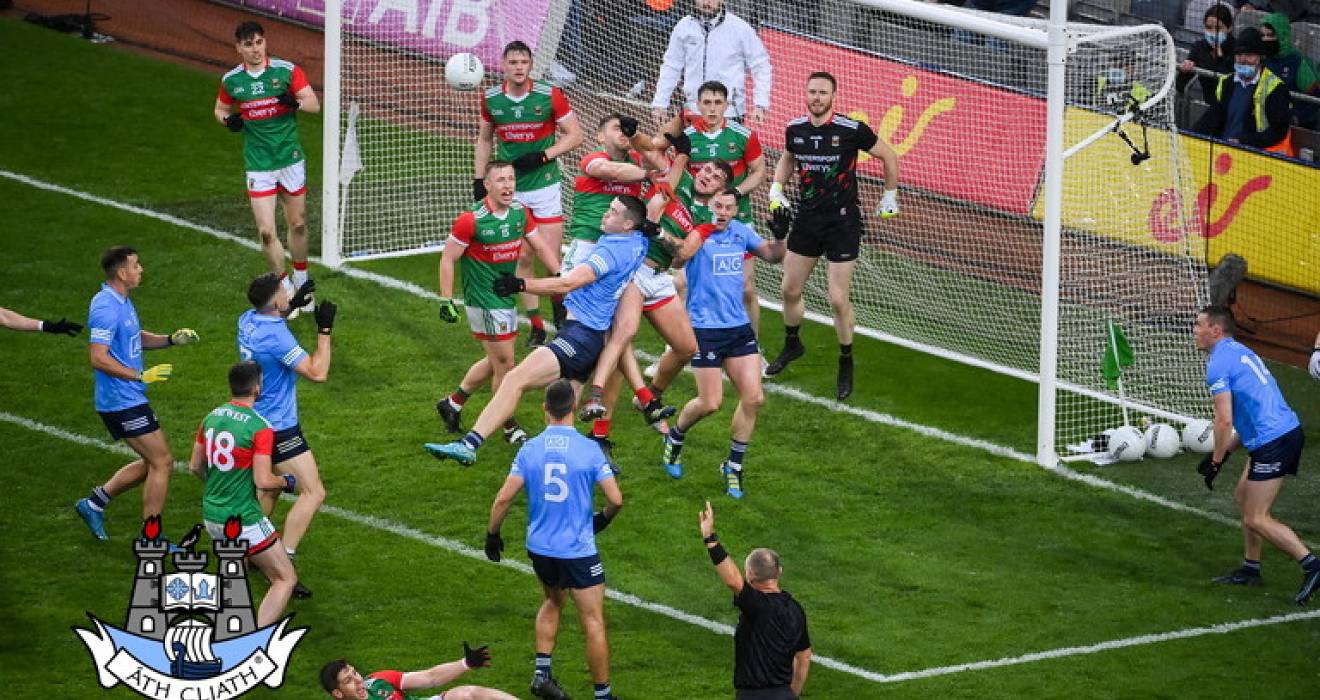 The Dubs led by seven points at one stage of the opening half and by six points at half-time in normal time but the second half belonged to Mayo who forced extra-time as Dublin struggled to wrest back momentum.

It was Mayo keeper Robert Hennelly who forced extra-time (0-13 each at full-time) when converting a '45' in the seventh minute of added time, afforded a second attempt at the kick as a Mayo sub was still making his way off the pitch when his first effort drifted wide.

In extra-time, much as the second half of normal time, Mayo's direct running game had Dublin on the back foot as they powered their way to victory.

Dublin had Colm Basquel black-carded in the first half of extra-time and with that advantage the Dubs found it even harder to contain the Connacht champions.

In normal time it had started well for Dublin with Ciarán Kilkenny and Paddy Small enjoying bright openings as Dessie Farrell's men entered the break six points to the good.

Afterwards a disappointed Dubin manager said: “We showed really good glimpses sometimes in matches. First half was really good at times, (the) second half not so.

“It’s hard to identify, it revolves around the lack of consistency. What that group achieved has been tremendous. They managed to keep going back to the well, and it is not easy when you know the hours, the commitment behind it.

"A lot of people see them coming in on a Saturday or Sunday and don’t know how it takes over your life. For them to do it over the last five or six years has been incredible.

"We were rattled in the second half. After half-time we knew Mayo were going to come with a lot. We found it difficult to get out past their high press.

“We thought we could get a score or two and weather the storm, but we could never get that additional score. We found it hard to disrupt their momentum and left a lot to do in extra-time.

“I think we played so badly in the second half, we could make amends and address the situation. The black cards, a bit of fatigue in the system, and it was very hard for us to get the ball back. Black cards at any time makes it hard to get possession, but especially in extra-time."