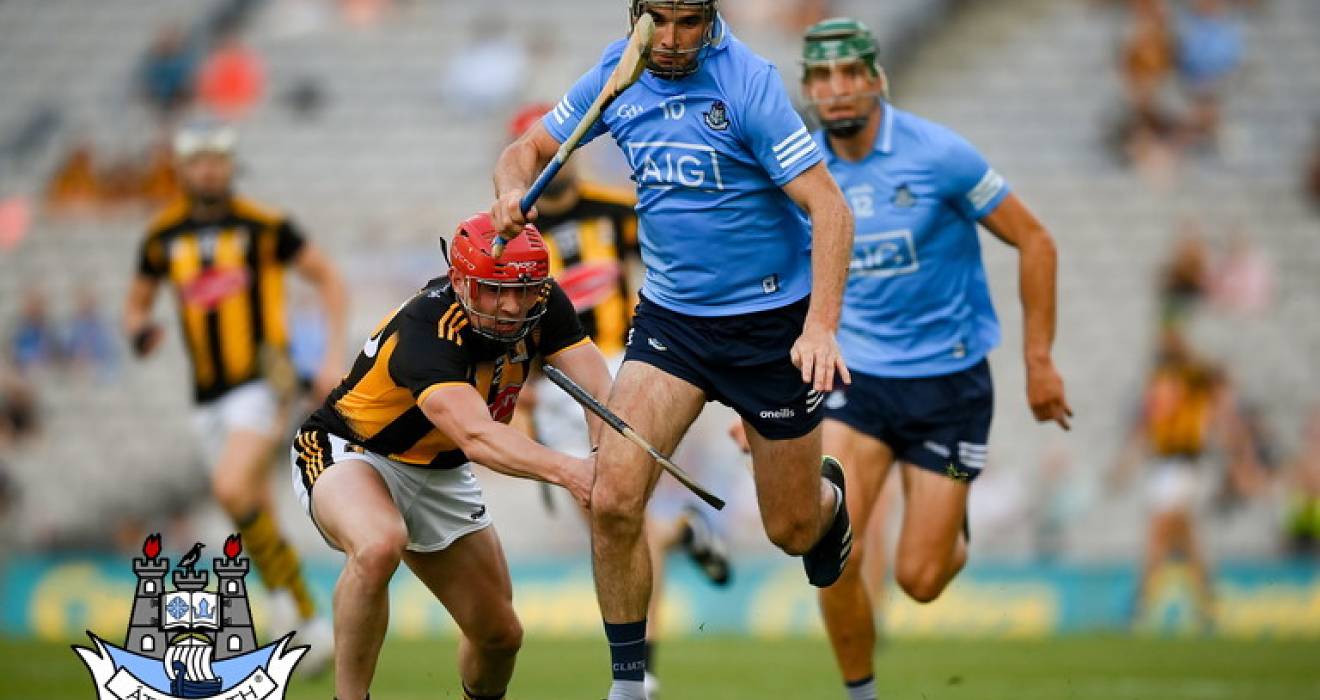 A battling Dublin faded in the second half of Saturday's Leinster SHC final at Croke Park as defending provincial champions, Kilkenny, kept a secure grip on the Bob O'Keeffe Cup.

Dublin were struck by a positive Covid-19 case on Friday and the medical team and public health authorities identified three further players as close contacts so in line with protocols, the following players (in alphabetical order) were not involved - Ronan Hayes, Cian O’Callaghan, Oisín O’Rourke and Fergal Whiteley.

Ronan Hayes and Cian O'Callaghan had been selected to start earlier in the week and when Eoghan O'Donnell was forced off very early in the game Dublin's resources were stretched to the limit.

The quartet were replaced in the match-day squad by Seán Currie, John Hetherton, Fiontánn MacGibb and Ronán Smith with Currie being introduced to the action as a temporary sub late on.

Despite all those setbacks and being 0-4 to 0-0 in arrears by the sixth minute Dublin battled bravely and were level (0-9 each) approaching the half-time interval before the Cats concluded the opening period with scores from Eoin Cody, James Maher and TJ Reid.

Just before the break Cian Boland made inroads on goal but was tackled and from a ground position tried to bat to the net but his effort went wide.

There were not many goalscoring opportunities at either end but Chris Crummey did have a 'half-chance' in the 26th minute but his shot off the left, after being picked out by a Cian O'Sullivan handpass, went wide of the post.

Dublin did record some very encouraging scores in the first half with some excellent striking by Danny Sutcliffe and Chris Crummey finishing off clever moves by Mattie Kenny's men.

Goalkeeper Alan Nolan also fired over a free from his own '45' in the 31st minute during a period of Dublin dominance when Cian Boland and Chris Crummey (twice) also split the posts - the first of this brace from the Lucan Sarsfields clubman coming after good work by Daire Gray and Cian Boland.

Dublin's defence aided by the midfield duo of Conor Burke and Rian McBride, though depleted by those missing, did well in the opening half and with half-time approaching Dublin were very much in the hunt when on level terms before Kilkenny put three points between the sides by the interval, 0-12 to 0-9.

Coming up to the second water break Kilkenny began to extend their lead while their subs off the bench made a positive impact overall for Brian Cody's men.

In the 49th minute Dublin keeper Alan Nolan was alert to smother an effort as Eoin Cody set his sights on goal but by the three-quarter marker Kilkenny were 0-19 to 0-12 in front.

While Donal Burke kept the scoreboard moving for Dublin from placed ball whatever outside chance Dublin had of staging a late revival was extinguished in the 62nd minute when Jake Malone was adjudged to have fouled Alan Murphy in the square with a penalty awarded.

Cuala clubman Malone was yellow-carded and sin-binned for ten minutes as TJ Reid expertly converted the penalty as Kilkenny went on to be crowned Leinster senior hurling champions for the 73rd time.