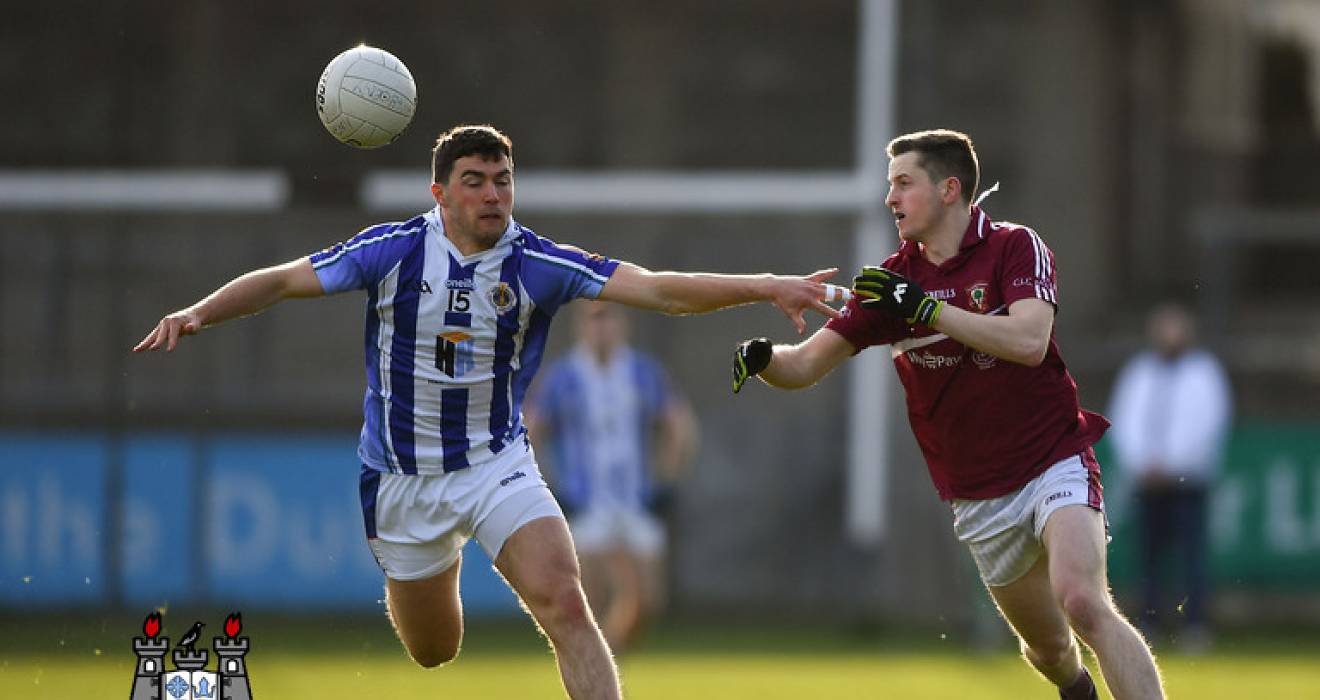 Strong second half sees Boden to SFC1 victory over Raheny

Boden were 0-7 to 0-5 ahead at half-time before dominating the second half - outscoring their opponents 2-10 to 0-3 in the second period - including a dominance that resulted in a third-quarter score of 2-5 to 0-1.

Within a minute of the restart Warren Egan, who scored 1-4 from play overall, fired to the Raheny net after Conal Keaney had initially forced a turnover to release Alan Flood goalward.

Raheny replied with a Darren Byrne point but it proved to be their only score of the third quarter as Boden moved 2-12 to 0-6 ahead by the three-quarter mark.

Colm Basquel got the second Boden goal in the 36th minute when he raced through on goal from outside the 45-metre line before finding the net.

.@Bodengaa’s Warren Egan blasts to the net for the opening goal of the game #GoAheadDSF1 pic.twitter.com/q6WUOVQRvH

Five minutes from time Boden almost got a third goal but Warren Egan's shot was well saved by Ciarán Heapes.

Boden had led by two points at half-time after both teams took a while to get properly motoring.

Raheny were also left to rue a number of good goal-scoring opportunities in the opening 30 minutes.

In the fifth minute Seán Grenham pulled his shot wide when he might have offloaded to Jack Dalton, unmarked on the far post.

And a second goal for @Bodengaa- Colm Basquel this time.

In the second quarter Harry Donaghy again was in the right spot at the right time when he stopped James O'Kane's goal-bound strike.

The sides were level 0-2 at the first water stoppage before Ballyboden St Enda's put together a run of four unanswered points.

Alan Flood fired over following a powerful run from Warren Egan to make it 0-3 to 0-2 to Boden in the 18th minute.

Warren Egan got on the scoresheet himself before a Colm Basquel free made it 0-5 to 0-2.

Conal Keaney pushed their lead out to four points when he curled stylishly over following good work from Kieran Kennedy and Ryan Basquel.

However, Raheny reacted impressively with Brian Fenton giving them a good platform from the centre of the field.

Points from James O'Kane (two) and a Seán Grenham free cut the deficit to the minimum before Ryan Basquel concluded the first half scoring for Boden.