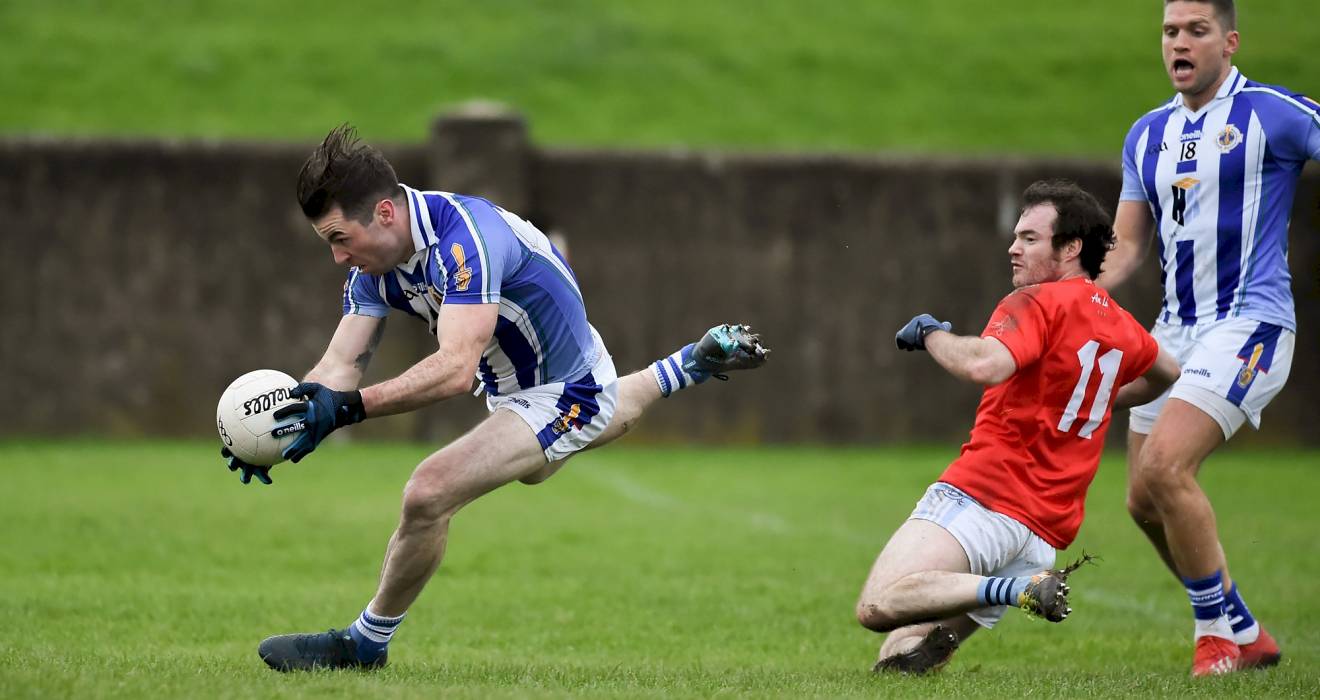 The sides were level 0-3 each at half-time after an uneventual opening 30 minutes bar the dismissal of Boden defnder Cathal Flaherty towards the close of the half and with 15 minutes remaining the sides were still deadlocked 0-5 apiece.

The introduction of experienced duo Conal Keaney and Michael Darragh Macauley however, drove Boden to victory and set up a provincial semi-final against Westmeath’s Garrycastle in Cusack Park, Mullingar on Sunday, November 24.

Two Colm Basquel points, the second a free following a foul on Robbie McDaid, edged the Dubs two points clear inside the concluding ten minutes and they kept the foot to the floor to run out nine-point victors.

Keaney contributed two points from play after being brought into the fray while Macauley’s all-action display helped his side into the winner’s enclosure.

Ryan Basquel chipped over a penalty, following a foul on Macauley, to make it 0-8 to 0-5 as the game moved into added time with his younger brother Colm then fisted a point before he finished clinically to the net following good approach play from the influential Macaculey.