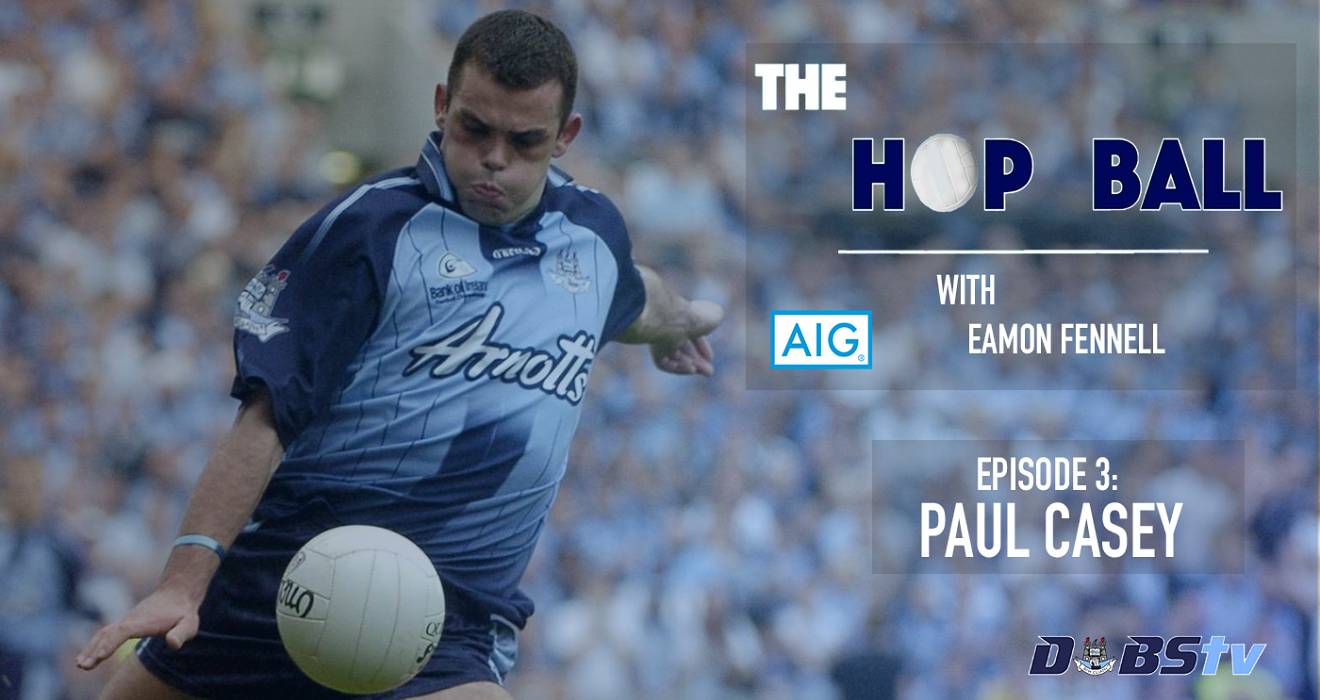 Former Dublin footballer, Paul Casey, is this week's guest for Episode 3 of 'The Hop Ball', the new Dubs TV series, sponsored by AIG.

Hosted by his 2011 All-Ireland SFC winning teammate, Eamon Fennell, Paul recounts his days in blue and talks about his role as a coach with the Dublin Ladies.

Paul was captain of the Dublin minor team in 1999 that won Leinster honours before losing to Down in an All-Ireland MFC semi-final replay.

After three years with the county at U21 level he made his SFC debut against Wexford in Dr Cullen Park, Carlow in the summer of 2002 when he played a key role late on as Dublin held off the Slaneysiders on the way to Dublin's first provincial title, in seven years, later that summer. 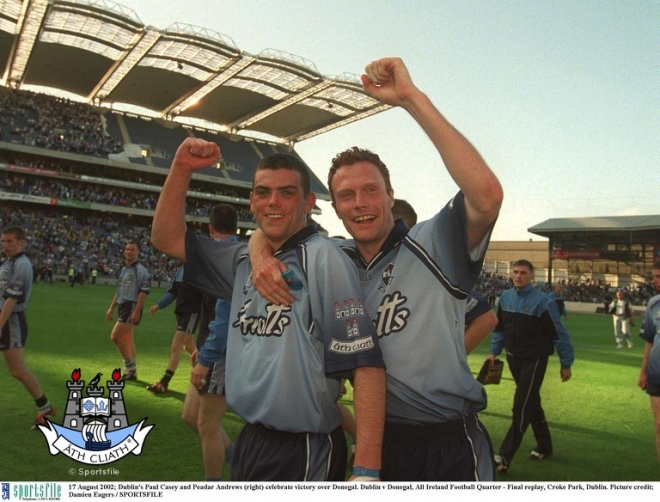 In the past two years Paul has been an integral part of Mick Bohan's backroom and management team as the Dublin ladies footballers achieved All-Ireland glory.

Last year the Jackies secured the three in-a-row of All-Ireland titles with Paul as a selector and defensive coach having filled the role of defensive coach also in 2018. 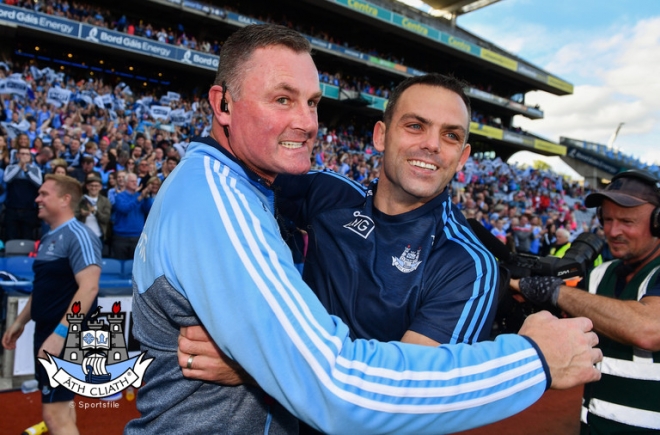 This is the third episode in The Hop Ball series.

You can watch that back here:

While Collie Moran was our guest on Episode 2: