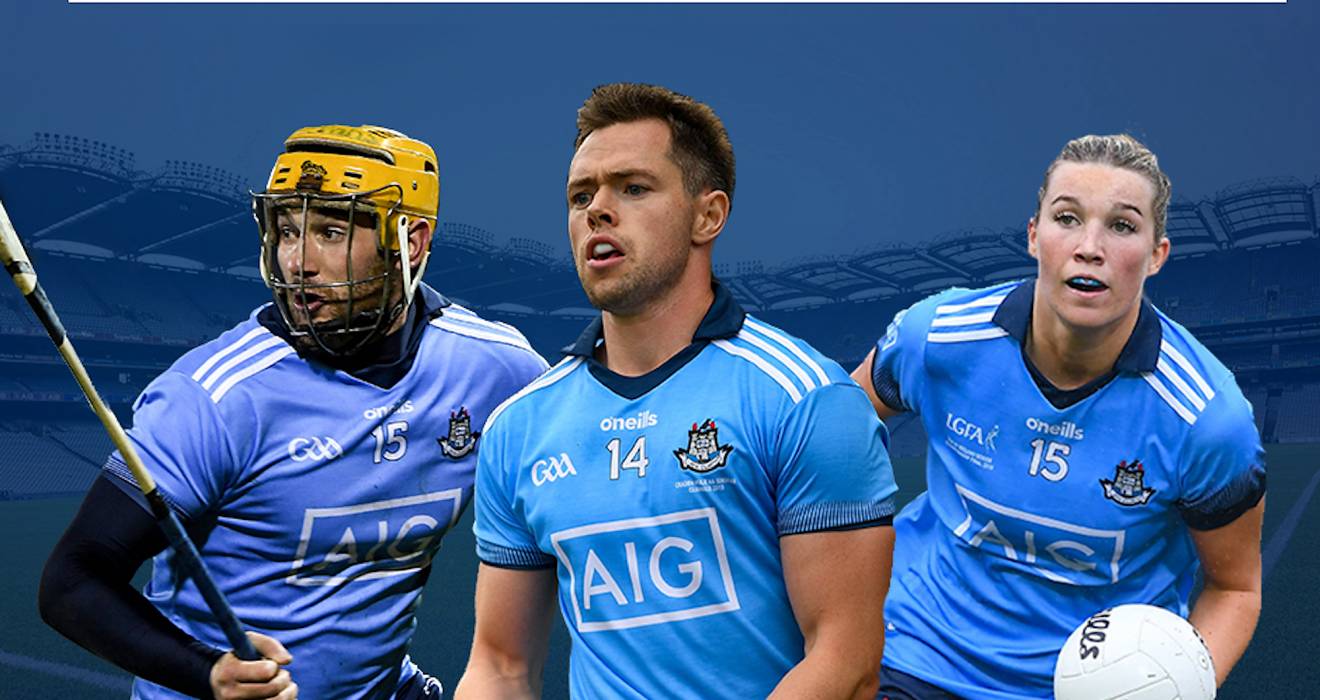 Ticket details have been confirmed for the Dublin Spring Series at Croke Park, which gets underway this Saturday as Dublin face Kerry in the Allianz Football League. 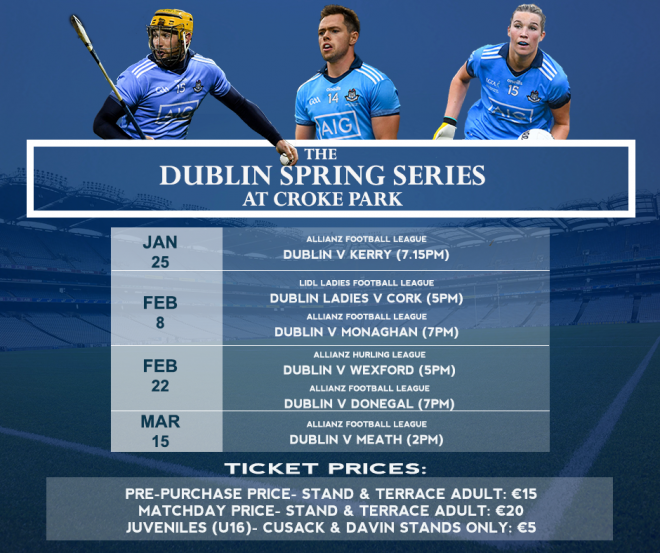 Adult pre-purchase price for stand and terrace tickets is €15, with the match day price €20.

Juvenile (U16) tickets will also be available for the Cusack & Davin stand only, at a cost of €5.

There are six games in total as part of the Dublin Spring Series at Croke Park- across four dates.

Following on from Saturday’s clash with the Kingdom- a repeat of last year’s All-Ireland Final- there’s a double header at GAA HQ on Saturday February 8th, with the Dublin Ladies facing Cork in the Lidl Ladies Football League at 5pm. The Senior Men will then take on Monaghan in the Allianz Football League at 7pm.

On Saturday, February 22nd, our Senior Hurlers will take on Wexford in the Allianz Hurling League, with throw-in at Croke Park at 5pm. That will be followed by the Football League tie between Dublin and Donegal at 7pm.

And rounding off the Dublin Spring Series at Croke Park will be the Allianz Football League tie between Dublin and Meath on Sunday March 15th, with a 2pm throw-in.