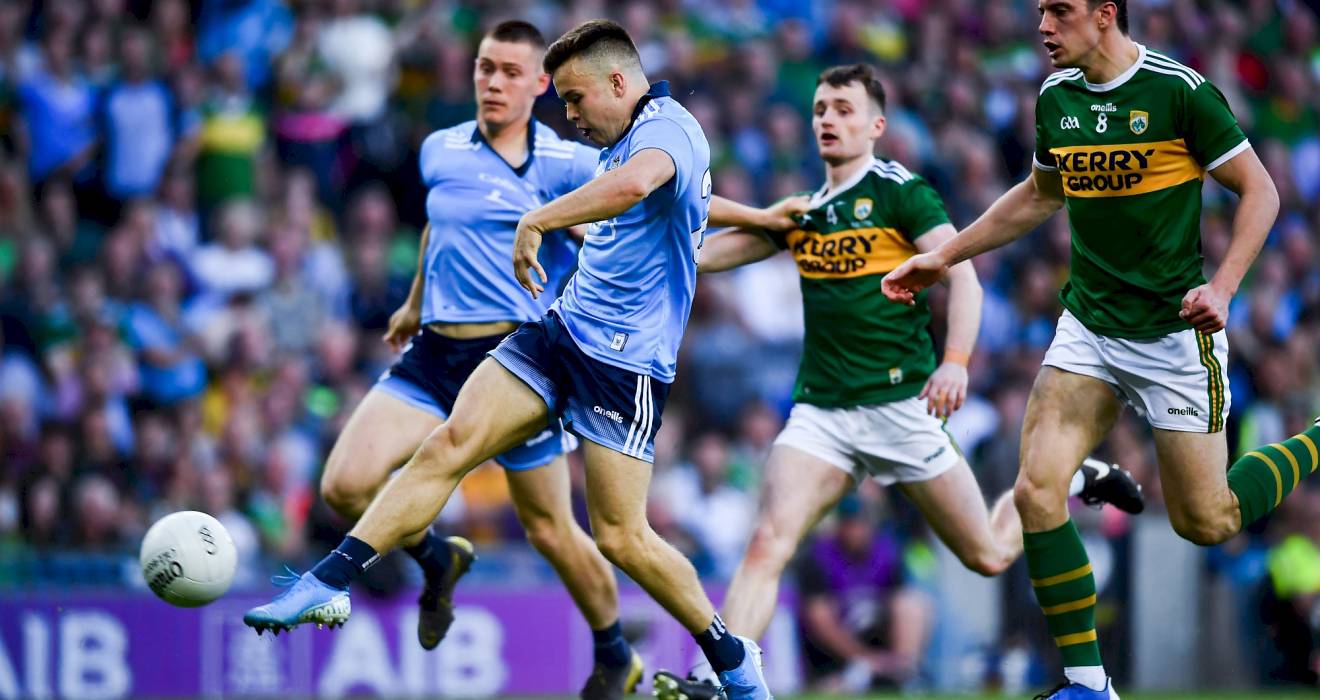 To be finally here is great: Goal hero Murchan

A bolter from the start and a bolt out of the blue …. Eoin Murchan.

Eoin Murchan wasn’t name to start but was sprung before the throw-in and delivered a huge display in Dublin’s All-Ireland SFC final replay victory over Kerry.

His goal, the only one of the enthralling duel, immediately on the resumption of the second half was a thing of beauty.

Picking the ball up from near his shoe laces he took off and carried the ball all the way to the Kerry square, with Dublin’s inside forwards doing well to open up space, before leaving Kerry keeper Shane Ryan stuck to his line with a deft finish.

“It’s not fully sinking in at the moment,” said Eoin after the game.

The Na Fianna man has been troubled with injury this season but when called upon he had a major hand in Dublin’s victory.

“It’s been a tough slog for me to get here, things didn’t go well in the league but to be finally here is great.

“It’s easy to play well with this group of lads. You feed off that and that helps you get better. I can’t remember what happened with the goal, I just went for it and wanted to see what happened.

“I knew I was in the team on Thursday and I was fairly happy, I just needed to keep it quiet and do my own job.

“We have such great support and it helps to drive us on. It’s hard work, nobody is allowed to get complacent.”