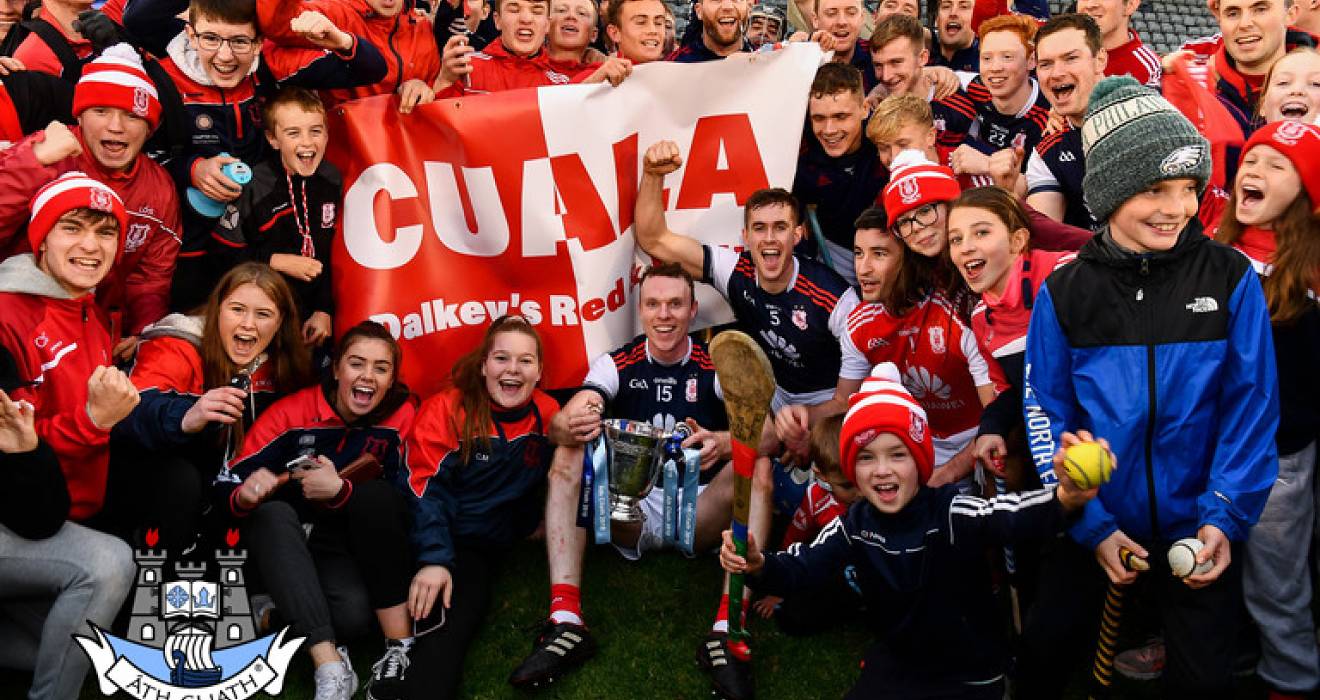 Cuala are Dublin senior hurling champions for the seventh time after defeating St Brigid's by four points in Sunday's Dublin SHC 'A' decider at Parnell Park.

The Dalkey side advance to represent the county in the Leinster Club SHC, facing Carlow champions St Mullin's away in two weeks' time.

Willie Maher's men finished the game on top, scoring the last three points of the contest to seal victory with the influential Seán Moran and David Treacy (two frees) on target.

Brigid's, despite the dismissal of Kevin Callaghan in the 53rd minute, trailed by just a point when Johnny McGuirk fired over in the 57th minute but Cuala showed their experience to close out the game.

Treacy's freetaking steered the way for Cuala, slotting 12 deadballs to punish any indiscretions by Brigid's who were only appearing in their second ever senior hurling final.

They are still awaiting their first title however as their last showing in a county decider also ended in defeat when losing to Craobh Chiaráin back in 2003.

If Cuala concluded the game with scores they also started in the same fashion with Con O'Callaghan scoring a goal in the third minute.

The Dublin senior footballer showed all his scoring instinct by first slipping away from marker Donnacha Ryan before heading for goal and arrowing the sliotar clinically to the net.

However, O'Callaghan was injured in the process and his fitness will be closely monitored as Cuala footballers face Round Towers Lusk in their Dublin SFC2 next Saturday (O'Toole Park, 3.30) before their hurlers face into Leinster club duties the following weekend.

Eight minutes in Cuala were close to hitting a second goal but Mark Schutte was denied by a fine save from Brigid's keeper Alan Nolan.

But Brigid's battled back with scores from Daire Plunkett from long range and two frees from Paul Winters.

Cuala forged 1-4 to 0-4 clear towards the conclusion of the opening half with two more Treacy frees but the Russell Park side entered the break on the up after scores from sub Luke Purtill Keith Mullally and Winters (free) to bring the sides level by half-time, 1-4 to 0-7.

Darragh O'Connell scored for Cuala on the restart before the sides shared seven points all from deadball.

Winters (free) and Eoghan Dunne (sideline) for the northsiders with David Treacy on target on five occasions for Cuala as they led 1-10 to 0-9 after 42 minutes.

Twelve minutes from time Keith Mullally's goal, which was quickly followed by a Winters free following a foul on Cian O'Sullivan, increased Brigid's hopes of an upset (1-13 to 1-11).

Mullally was in the right spot at right time to bat to the net as he followed up on a Cian O'Sullivan shot that was brilliantly saved by Seán Brennan.

Callaghan was dismissed in the 53rd minute for an off-the-ball incident but Brigid's hit the next two scores courtesy of Winters (free) and McGuirk to trail by the minimum, 1-14 to 1-13, with four minutes of normal time left.

Cuala's Colum Sheanon and Brigid's forward McGuirk exchanged points so with three minutes remaining the game was up for grabs.

But it was to be Cuala's day with the extra man got the vital scores from Seán Moran and David Treacy, two frees following fouls on team captain Colm Cronin and Darragh O'Connell, getting them over the line.