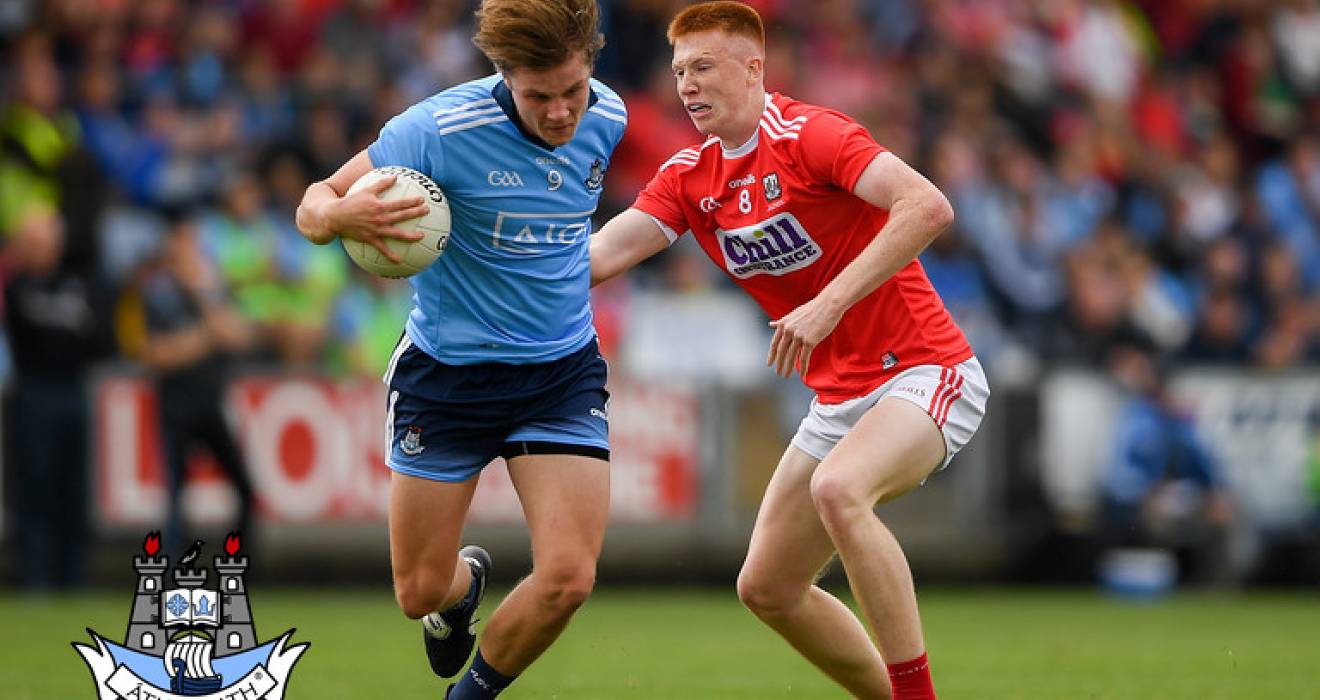 U20 footballers beaten by Rebels in All-Ireland decider

Dublin made a dream start before a very impressive Cork took over to win Saturday's EirGrid All-Ireland U20FC final at O'Moore Park, Portlaoise.

Dublin restarted the second half well and inside the last 20 minutes there was just two points between the sides, Cork 3-8 Dublin 1-12.

But disaster struck for the Dubs when the highly influential Peadar O Cofaigh Byrne was black-carded n the 42nd minute.

The towering Cuala man had been Dublin's primary ball-winner at midfield and had broken forward to telling effect on several occasions.

Cork were on their way to victory when leading 3-13 to 1-13 when Karl Lynch Bissett was dismissed on a second yellow card and the Rebels eased to glory.

The opening to the game was all Dublin.

The bolted from the traps with quick-fire points from James Doran and Ciarán Archer inside two minutes before Archer added a free following a foul on Brian O'Leary.

Brian O'Leary made it 0-4 to 0-0 before two Ross McGarry points, including one free, had Dublin 0-6 to 0-0 to the good inside nine minutes.

Dublin's only goal came in the 12th minute when Archer showed great opportunism to firstly force Peter O'Driscoll into a mistake off a short kickout before angling his shot to the net along the ground from a tricky angle.

However, Cork eventually settled with Blake Murphy's volleyed goal in the 13th minute getting them off the mark.

The next five minutes was disastrous from Dublin's perspective as Cork goaled twice more in quick succession through Mark Cronin and Colm O'Callaghan to draw level 1-7 to 3-1.

Roared on by the large following (their U20 hurlers had beaten Kilkenny in an All-Ireland semi-final in the curtain-raiser) the Rebels got on top before the interval to lead by 3-6 to 1-10.

Dublin restarted well with points from Archer (free), after he was fouled himself, and Brian O'Leary to get on level terms, 1-12 to 3-6.