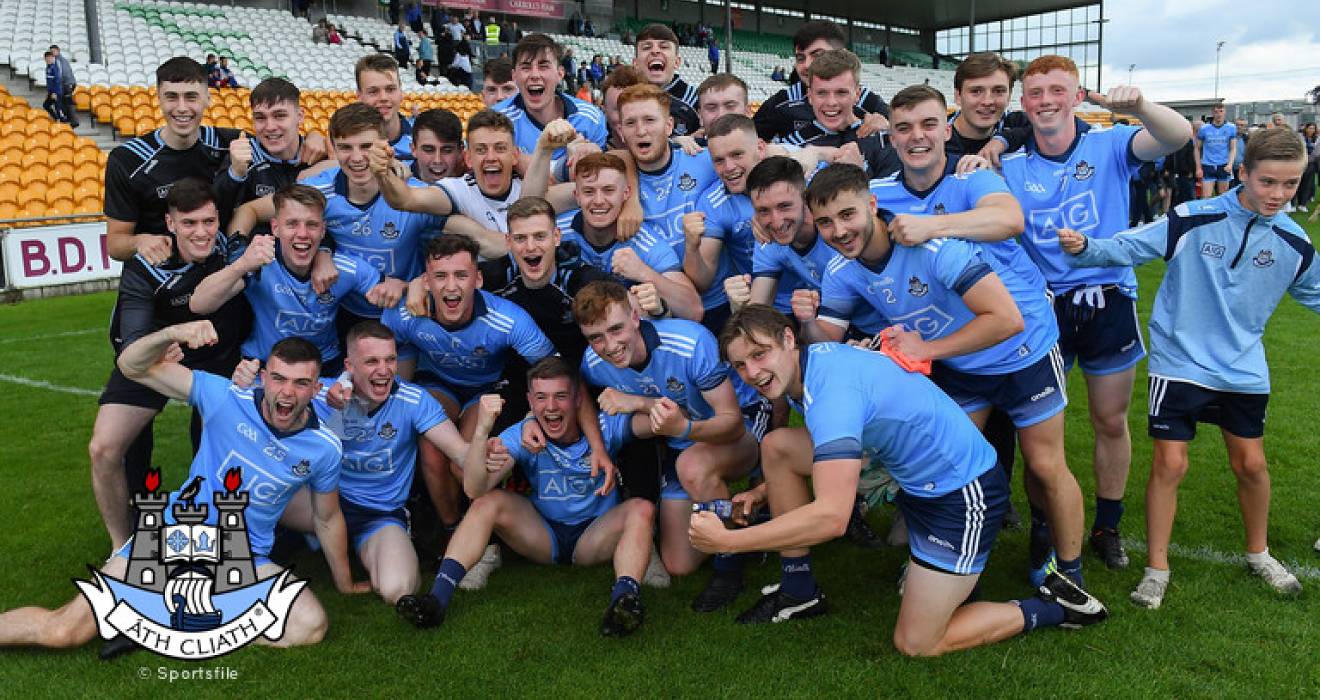 The Dubs advance to face Connacht champions, Galway, in the All-Ireland U20FC semi-final in Glennon Bros Pearse Park, Longford next Saturday (5.0), the game forms part of a treble-header with Dublin's minor footballers, Leinster runners-up, meeting Mayo (Connacht champions) at 3pm and the minors of Kildare and Galway meeting at 7pm.

Dublin began and finished the game in a flurry of action and scores with Laois reduced to 14 men in the 52nd minute following a straight red card for wing-back Colin Slevin.

They settled immediately to the task with points from Karl Lynch Bissett, Seán Lambe, a Ross McGarry free following a foul on Ciarán Archer, and an Archer point from play to make it 0-4 to 0-0 inside just six minutes.

Archer, who is eligible again for this grade next year, went on to embellish his impressive tally in this competition when finishing with 3-8 (1-0pen, 0-7f) to bring his total for the Leinster campaign to 6-24 (0-19f, 2-0pen). 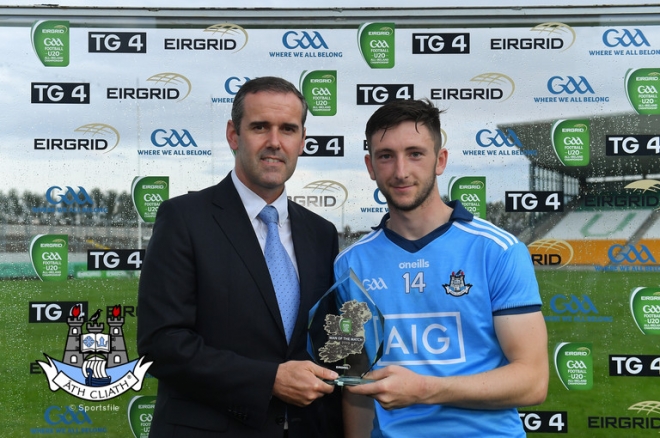 Archer's total (17 points) in Friday's game is the most by a Dublin player ever in the U21/U20 grade eclipsing Ciarán Kilkenny's 2-10 in the 2013 Championship against Carlow.

Indeed it is the second highest personal score in a single game by a Dublin footballer, behind Johnny Joyce who in the Leinster SFC of 1960 'officially' scored 5-3 (18 points) against Longford, it is generally accepted that Johnny actually hit 6-3 but one of his strikes was recorded as an own goal.

Despite Dublin's early ascendancy Laois enjoyed a dominant spell around the midpoint of the opening half to lead 0-6 to 0-5 by the 16th minute.

Dublin struck for the first of their four goals in the 24th minute when Archer punished a poor kickout by Matthew Byron before driving the ball low to the net to give Tom Gray's side a 1-9 to 0-6 lead.

An Archer free pushed the gap out to seven points and before the break he converted another free following a foul on O Cofaigh Byrne after the O'Moore County had cut the deficit with scores from Laois senior Mark Barry (free) and Ronan Coffey for Dublin to hold a 1-11 to 0-8 interval lead.

Brian O'Leary opened Dublin's second half account shortly after the restart but Laois hit the next three scores.

In the 42nd minute Archer showed his soccer skills when guiding the ball to the corner of the net after Ross McGarry's initial goal attempt had rebounded in the direction of the Nh Maur's man.

It deflated Laois and gave the Dubs breathing space as they moved 2-13 to 0-12 clear.

Seven minutes later the tireless Kieran Kennedy, joint-captain of the side with James Doran, played a one-two with O Cofaigh Byrne before clinically drop-kicking the ball to net and Dublin were out of sight.

A minute later Dublin keeper David O'Hanlon pulled off a great save at the expense of a '45' and Dublin's defence remained in tact.

Slevin's red card eight minutes from time added to Laois woes and to make matters worse Archer rifled a penalty to the net in the 56th minute following a foul on O Cofaigh Byrne.