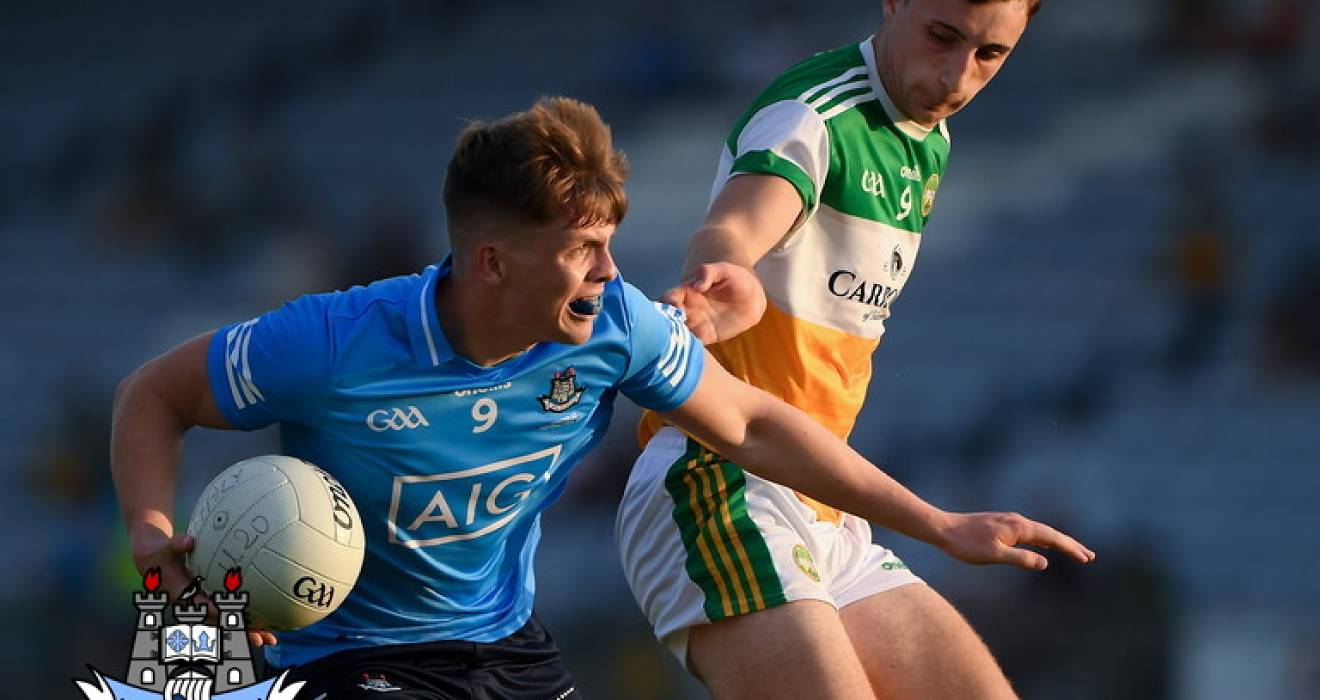 U20 footballers fall to Offaly in Leinster final

The Dubs were narrowly ahead at the interval, 2-3 to 0-8, but were outworked in the second period as Offaly's running game led them to provincial glory.

Dublin could only manage one score in the second half, a 32th minute goal from Mark Lavin, taken clinically with his less favoured right boot.

The Faithful County counter-attacked in waves and the pace of roving corner-forward Cormac Egan caused problems that Dublin struggled to answer.

Dublin did have two outside chances of goals in the second half. Lorcan O'Dell's first time effort in a packed square along the ground was saved by Offaly keeper Seán O'Toole, while late on Luke Swan flicked on a long delivery that was saved on the line by Ciarán Egan.

Dublin also missed a number of point scoring chances but Offaly deserve credit for their work-rate in applying pressure to the kicker.

Offaly threatened goals themselves with stylish full-forward Jack Bryant driving low and wide in the 38th minute while a minute later Dublin wing-back Mark L'Estrange put in a well timed tackle to dispossess Cathal Flynn deep in the danger zone.

By the three-quarter marker the sides were level, 3-3 to 0-12, before points from Jack Bryant (free), Morgan Tynan (free) and Cormac Egan saw Offaly to victory.

In the first half Offaly were 0-2 to the good inside five minutes before Fionn Murray opened Dublin's account following good work by Mark Lavin.

In the 11th minute Lorcan O'Dell did well to shrug off two defenders before rifling to the net to give Dublin a 1-1 to 0-2 lead.

By the water break Dublin were 1-3 to 0-3 clear following points from Adam Fearon, after a good run, and Loran O'Dell - the Templeogue Synge Street clubman's 15th minute point proved to be Dublin's last point in the contest (remaining two scores were both goals).

In the 25th minute Offaly centre-back John Furlong covered 80 metres before hitting an upright with a goal effort as Offaly started to make Dublin look vulnerable.

They had edged 0-7 to 1-3 ahead by the 29th minute before Fionn Murray found the Offaly net, following unselfish approach play from Luke Swan and Loran O'Dell to make it 2-3 to 0-7.

By the break Offaly had reduced the deficit to the minimum before their strong second half display brought them to Leinster success.