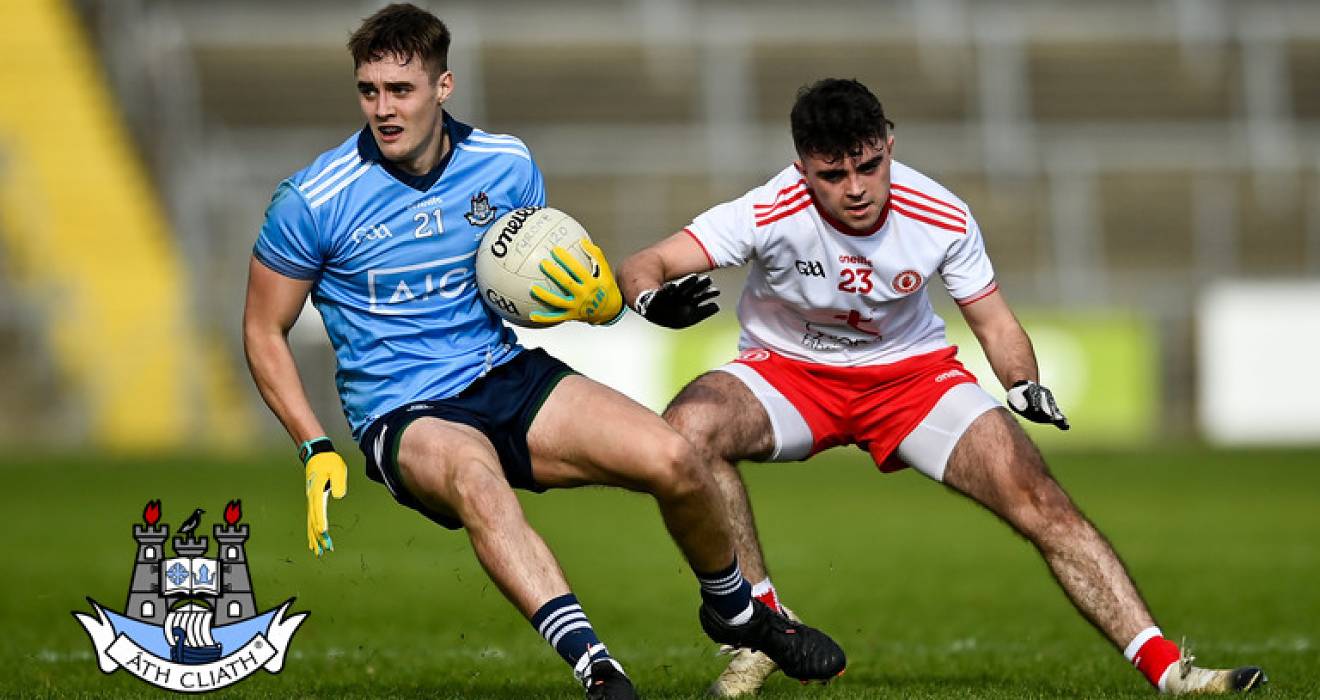 Tyrone led 1-12 to 1-10 as the game moved into the concluding ten minutes but Dublin lifted their game all over the park to slot four decisive points in-a-row.

It was a move from defence to attack, resulting in a crucial score, that typified Dublin's mettle late on with sub Rory Dwyer doing well in defence to blunt Tyrone as they made in-roads on goal.

Ciarán Archer's 56th minute score from wide on the right edged Dublin in front (1-13 to 1-12) for the first time since midway through the opening half with Lee Gannon making sure with a point two minutes from the end of normal time.

In the opening the early exchanges were evenly balanced with Tyrone looking dangerous on occasion with good accurate early ball into Darragh Canavan.

Lorcan O'Dell's eighth minute point, off his left, following a long run from the pacey Seán Lowry had brought the sides level.

Dublin struck for the opening goal in the 12th minute when Brian O'Leary was alert to the space in front of the Tyrone goal and accelerated through to take a well-weighted handpass from Luke Swan before placing his finish to the net along the ground.

Six minutes later Tyrone replied with a goal of their own when Tiarnan Quinn put a rebound to the net after Rory Donnelly had originally been foiled by keeper Josh O'Neill.

Dublin were under sustained pressure at this stage with Tyrone creating another goal opportunity but were denied by a brilliant Adam Rafter block.

Points from Ethan Jordan, Darragh Canavan and Jordan again (free) had Tyrone four points clear, 1-7 to 1-3, inside the last five minutes of the opening half.

But Ciarán Archer (free) and an excellent point from play on the turn off his left for the same player, closed the gap before the interval.

Dublin may also have had a goal but Adam Fearon's shot, with players in support, struck the crossbar and was cleared to safety as the Red Hands led 1-7 to 1-5 at half-time.

Nh Maur's man Archer closed the gap to the minimum in the restart with a free following a foul on Brian O'Leary but Ethan Jordan converted two deadball chances for Tyrone to lead by three (1-9 to 1-6).

Importantly Mark Lavin scored two excellent points from difficult angles to the right of the posts and with ten minutes to goal it stood 1-12 to 1-10 in Tyrone's favour.

However, it was Dublin who showed the greater will to win in the final minutes with defence and attack combining in their duties to see Tom Gray's side into the All-Ireland decider for the second year in succession.