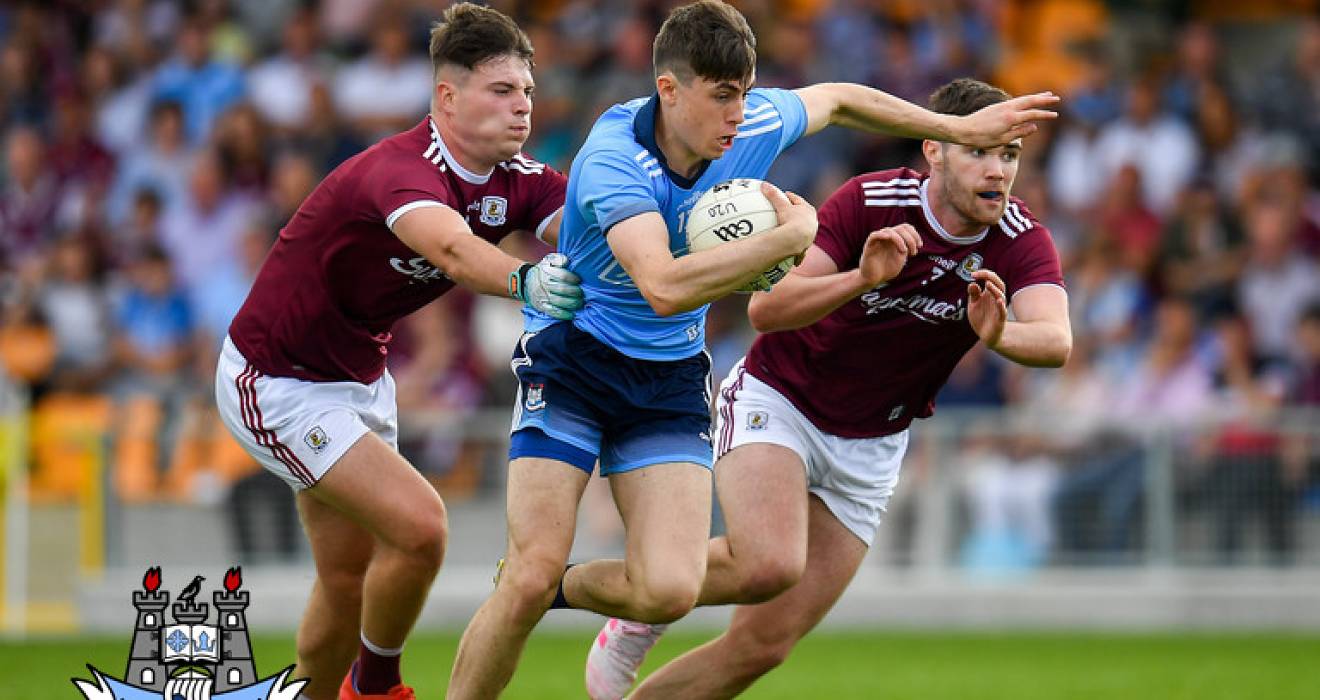 U20 footballers progress to All-Ireland final

A good start is sometimes even more than half the battle as Dublin's electric start set them on the road to victory in this EirGrid All-Ireland U20FC semi-final at Pearse Park, Longford on Saturday evening.

Dublin hit 2-1 inside the opening six minutes, all from Ciarán Archer, but had to withstand a powerful Galway restart to the second half before progressing to the All-Ireland decider.

Galway hit five unanswered points at the start of the second half to draw level, 2-6 to 1-9, by the 41st minute with Pádraig Costello (two frees), Tony Gill and Rory Cunningham (two points) all on target.

Importantly Dublin got the next score when Ciarán Archer pointed a free after Donal Ryan (pictured, below), who broke forward from midfield to telling effect throughout the game, had been fouled.

Substitute David Lacey made an immediate impact when linking with Seán Lambe before splitting the posts from 40 metres and Dublin had steadied their ship.

Archer tipped over another free, from close range, after James Doran was upended and a great strike from Brian O'Leary moved the Dubs 2-10 to 1-9 clear heading into the final ten minutes.

It wasn't over yet as Liam Boyle pointed for Galway before Dublin keeper David O'Hanlon pulled off a great save to deny Matthew Tierney in the 53rd minute.

That was as close as the Tribesmen got as Dublin showed good composure to close out the game with four points without reply.

Ross McGarry grabbed his third from play before Niall O'Leary, Archer (who talled 2-6, 0-4f), and James Doran put a gloss on the final scoreline with Archer bringing his running total to 8-30 (0-23f, 2-0pens) in the competition to date.

Dublin led 2-1 inside the opening six minutes after a dream start. 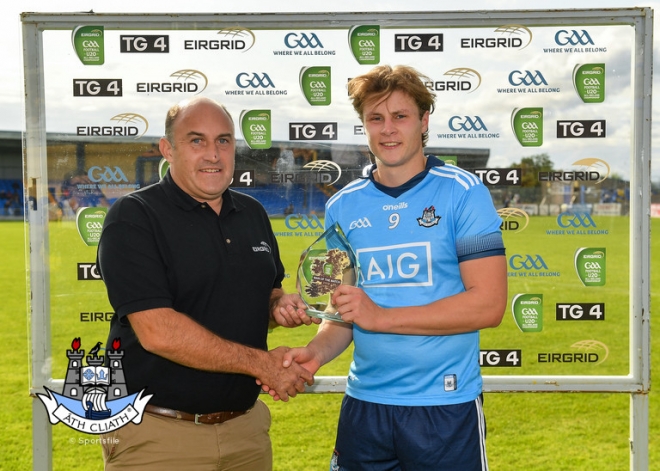 Two long balls into the full-forward line resulted in Ciarán Archer getting through on goal to fire to the net, he had opened the Dubs account when converting a free following a foul on Ross McGarry in the second minute.

The finish for Archer's first goal was pure precision when a diagonal ball from Karl Lynch Bissett was gathered on the move away from the goal by Brian O'Leary, Archer stepped inside two defenders before picking out the top corner.

For his second goal another high Bissett delivery was not dealt with by the Galway defence and the Nh Maur's man won possession before sliding the ball on the deck to the net under keeper Oran Burke.

However, Galway replied with points from Tony Gill and Padraig Costello before Brian Harlowe found the roof of the net to reduce the gap to 2-1 to 1-2 after 18 minutes.

Dublin responded well with an Archer free after a foul on Brian O'Leary before McGarry added two points to his tally, the second off his less favoured left boot.

Niall O'Leary and James Doran combined to set up O'Leary's first cousin Brian to lead 2-6 to 1-3 in the first minute of added time before Tony Gill punished Dublin after they had lost possession with a wayward attempted long-range pass to leave it 2-6 to 1-4 at the half-time interval.

Dublin face Cork in the decider on Saturday in O'Moore Park, Portlaoise (4.0).