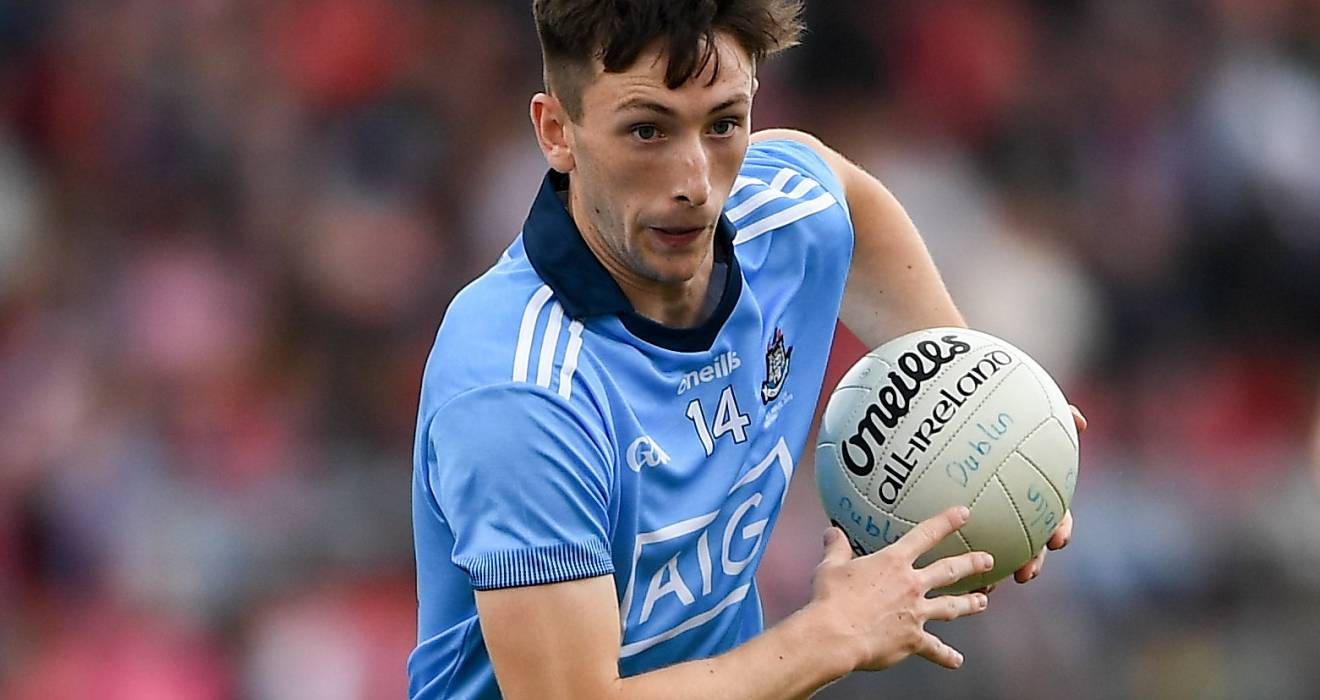 Dublin's under-20 footballers concluded their John Kerins U20 Football Development League on a winning note when defeating Laois 2-10 to 1-10 in the Laois Centre of Excellence, Portlaoise on Saturday afternoon,

A late Ciarán Archer goal gave the Dubs victory following a loss to Meath and draw with Kildare in the earlier rounds of the competition. Dublin can now focus fully on their upcoming Leinster U20FC first round clash against Wicklow on Saturday, February 8.

Dublin trailed for long passages of Saturday's game but goals from Ciarán Archer at the close of both halves saw them to a dramatic victory.

A Jack Lacey goal had the hosts 1-3 to 0-1 to the good inside ten minutes and Laois kept in front until added time in the opening half when Archer converted from the penalty spot to edge Dublin ahead for the first time since the second minute before the O'Moore County equalised before the interval to make it 1-5 each.

Laois regained the lead on the restart and maintained it throughout the second half, despite being reduced to 14 players following a sending off, until the final minute when Archer struck for his second goal to seal victory for Tom Gray's side.

In Dublin's earlier games in the competition they were beaten 2-23 to 2-11 in the opening round by Meath in Dunganny.

The Dubs led 2-8 to 1-4 at half-time but made significant changes to the starting side at half-time and faded out of the game in the second period.

In Round 2 of the John Kerins tournament a late scoring surge by Kildare saw them earn a 0-19 to 2-13 draw at Manguard Plus Hawkfield.

Dublin led by four points as the game moved into added time before a Findlay Nairn goal and Shane O'Sullivan free saw Kildare draw level before the full-time whistle.

Luke Swan kicked three early points for the Dubs with Ciarán Archer converting a free to give the Dubs a 0-4 to 0-0 lead.

The Lilywhites, however, took the lead courtesy of four frees from Shane O'Sullivan before scores from Mark Lavin and Lorcan O'Dell helped Dublin to a 0-9 to 0-7 interval lead.

Dublin scored four of the opening six points of the second half with Pádraig Purcell doing well and with 15 minutes remaining Tom Gray's side were six points clear.

Darragh Kirwan's goal from the Lilywhites brought them back into contention but still Dublin led by four points late on before Kildare snatched a draw with Findlay Nairn's goal and Shane O'Sullivan's equalising free.

We’ll need to be at our best: Chris Crummey