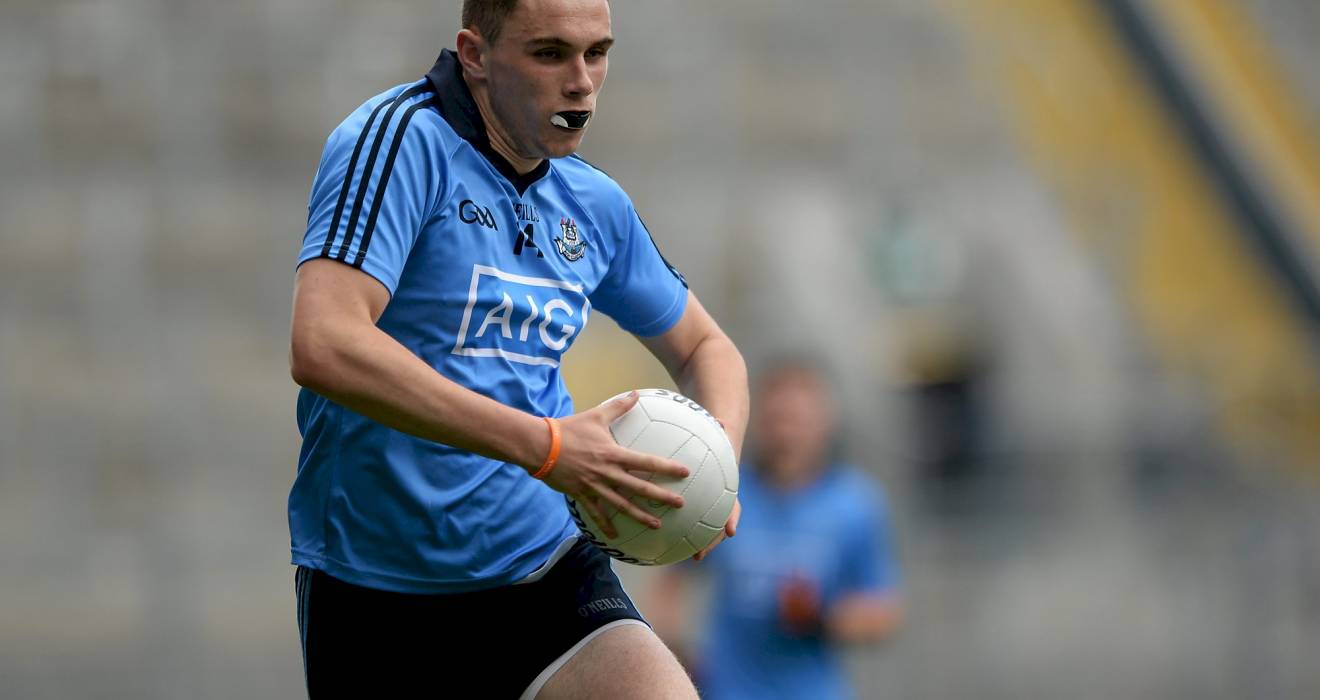 U20 footballers target semi-final as they face Wexford

A victory for Dublin’s under-20 footballers against Wexford in Saturday’s EirGrid Leinster U20FC Group 1 at Innovate Wexford Park (2.0) would see the Dubs progress to a provincial semi-final.

The Dubs are currently in pole position for the knockout slots (group winner into semis, second-placed into quarter-finals) following wins over Longford and Westmeath.

“We will be very much aiming for the win as it would ensure us a semi-final spot and more importantly, an extra week off to work on things in training,” says Dublin manager Tom Gray.

“However, we are well aware of how difficult it is going to be down there as if you look at the recent history between the counties at underage level, Dublin have struggled more often than not.

“Also, down the years, there has been a pretty even standard between the counties at provincial level and even when Dublin teams have gone on to win an All-Ireland, they have rarely coasted through the Leinster Championship.

“Wexford played well down in Westmeath and could well have snatched a result there and they will be encouraged by beating Longford last Monday week so we are under no illusions as to what is in front of us.”

One player who has been ruled out of Dublin’s U20 plans is Evan Comerford, as he is now ineligible having played senior championship last Sunday when replacing the injured Stephen Cluxton.