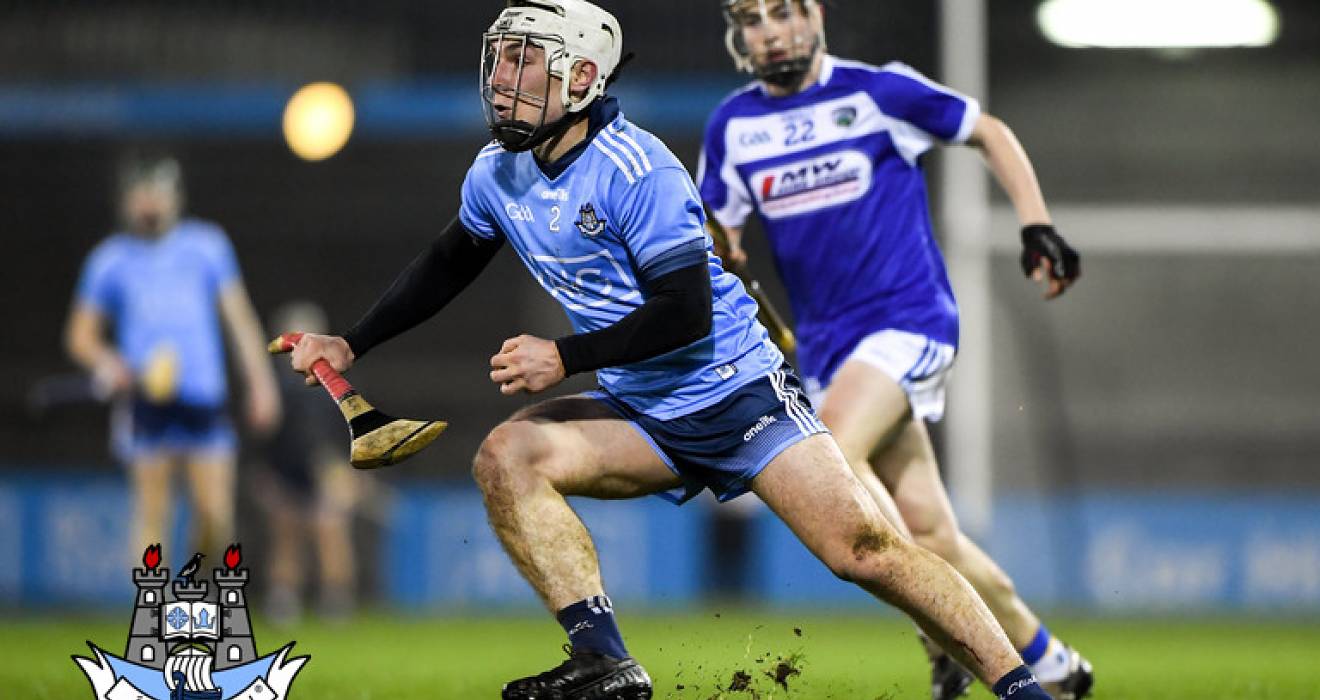 The U20 hurlers face Antrim this Wednesday night at Louth's Centre of Excellence in Darver (7.0) in the Leinster U20HC first round.

On Saturday the U20 footballers take on Galway in the All-Ireland final in O'Moore Park, Portlaoise (4.0, live on TG4) while the senior hurlers pit their wits against Laois in Leinster SHC action on Saturday evening in Croke Park (6.0, Live Sky Sports).

First up then is the U20 hurlers who will meet Antrim this Wednesday after the Glensmen defeated Down last weekend (3-24 to 2-14) in Ballycran.

Dublin's U20 hurling panel this year contains many who were also involved last year when the Dubs were beaten by Offaly in a provincial quarter-final thriller in Parnell Park. The Faithful County prevailed after extra-time (1-29 to 2-15).

It was a physical, gripping contest that enthralled until the very last seconds when Offaly's John Murphy sent over the winning point in extra-time, converting a free from halfway to finally settle the outcome.

Dublin had battled back heroically in extra-time after trailing by seven points towards the close of the first period of extra-time to draw level as the game moved into added time.

A goal from Offaly sub Conor Quinn in the ninth minute of extra-time was followed by a free from Cathal Kiely, who enjoyed a night to remember with a personal tally of 0-20 (0-16f, 0-2 '65'), to put the Faithful County 1-28 to 1-21 ahead approaching half-time in extra-time.

But two Cian Derwin points (one free) either side of half-time cut the deficit before sub Matthew Dunne scored a great goal when rifling to the net following a quick free from Derwin.

Derwin, who tallied 0-15 (0-12f) overall, pointed to keep Dublin's momentum going following good work by Kevin Burke and when Derwin slotted another free from 55 metres out the sides were level, 2-25 to 1-28.

It was Offaly however who had the last word with Murphy turning into their late, late hero.

Three years ago many of this year's U20 panellists were part of the under-17 panel that lost narrowly to Cork (1-19 to 1-17) in the inaugural All-Ireland U17HC final at Croke Park.