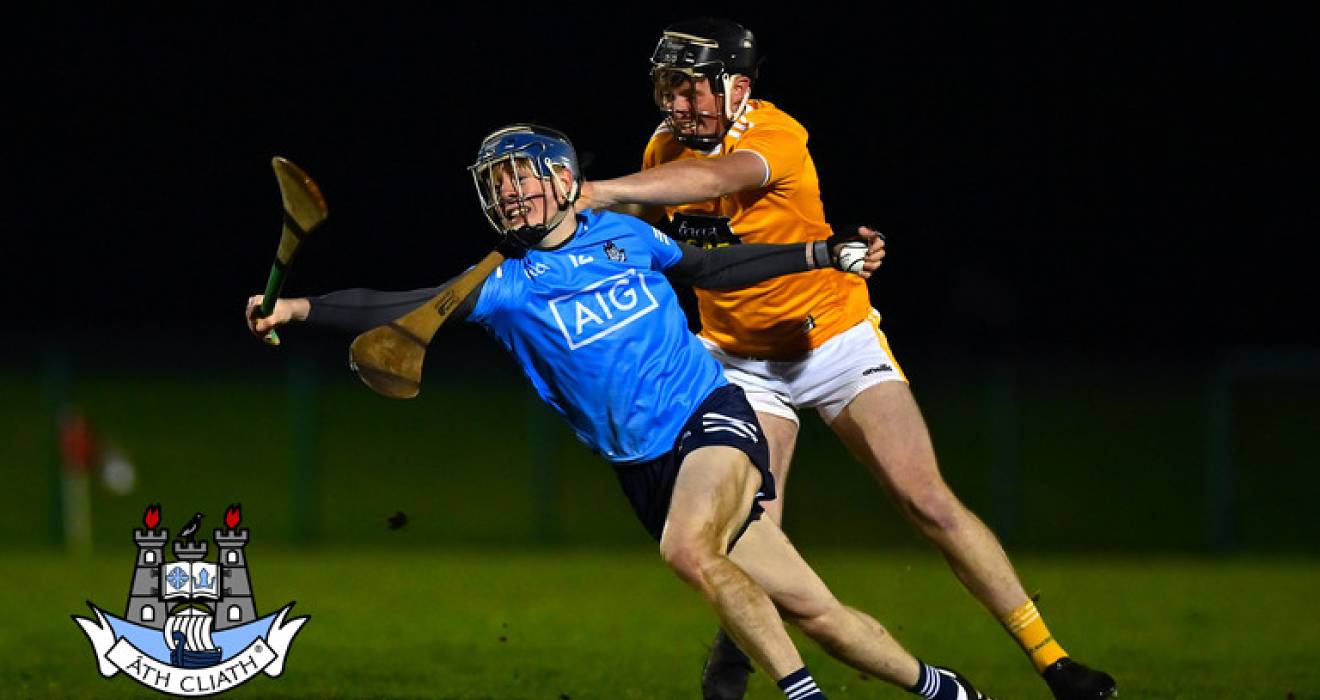 A clinical second half display saw Dublin's under-20 hurlers cruise to a 17-point victory over Antrim in Wednesday night's Bord Gáis Energy Leinster U20HC first round clash at the Louth Centre of Excellence, Darver.

Dublin held a four-point half-time advantage but once they secured the upperhand in the second half they moved out of sight.

Two early second half points from Micheál Murphy, the second a monster effort, were followed by scores from Liam Murphy and Dara Purcell for Paul O'Brien's side to open up a 1-12 to 1-5 lead by the 37th minute - while in defence Kevin Burke led impressively.

Dublin then went on a scoring surge to see off any hopes of a revival by the Glensmen when hitting 1-10 without reply between the 38th and 57th minute.

Half-time sub Kevin Desmond hit the goal in the 46th minute to add to his two earlier points, the second of these illustrating great accuracy when finding his range from wide on the sideline.

Further scores from Dara Purcell, Luke McDwyer and Liam Murphy had Dublin out of sight when holding a 2-17 to 1-6 cushion entering the concluding ten minutes.

Liam Murphy added his eight (from play) and then ninth point of the contest when converting a free as Dublin continued to move further clear with scores from Mark Sweeney, Micheál Murphy, his fourth from play, and Dara Purcell, his third point from play, to make it 2-22 to 1-6. 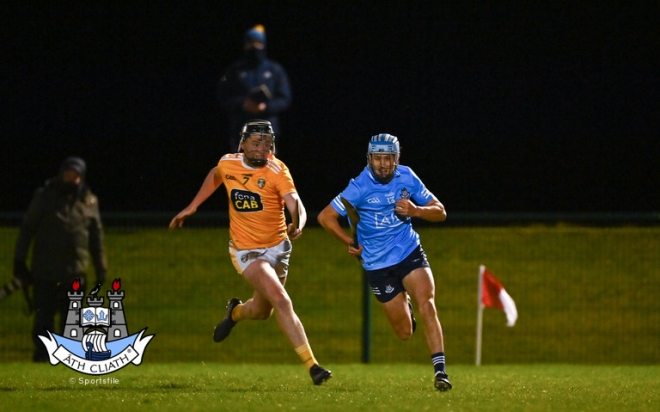 The Saffrons closed out the scoring with the last two points of the night.

After the water break Dublin keeper Eddie Gibbons drove a penalty low to the corner of the Antrim net, leaving their keeper Tiernan Smith glued to his spot, following a foul on Micheál Murphy to see his side into a 1-6 to 0-3 lead.

By the half-time interval Liam Murphy (free) and Micheál Murphy had embellished the scoring tally for the boys in blue to lead 1-8 to 1-4, Daire Murphy grabbing the Antrim goal in the 30th minute with Seán Elliott providing the assist.

Dublin are due to face Offaly, who overcame Westmeath 2-22 to 3-9 on Wednesday night, in the provincial quarter-final whenever action at U20 level resumes.