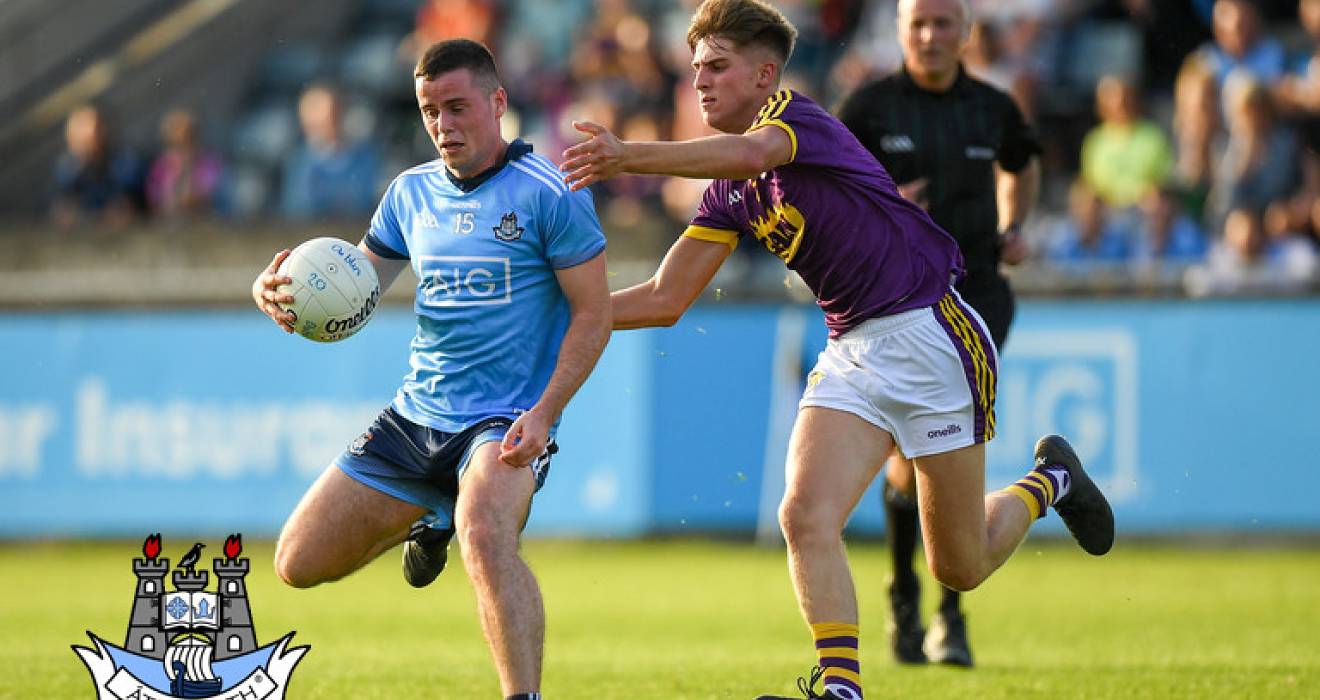 Dublin's under-20 moved into the EirGrid Leinster U20FC final with this comfortable 14-point semi-final victory over Wexford in Parnell Park on Tuesday night.

The Dubs will face Laois in the provincial decider on Friday week (O'Connor Park, Tullamore, 7.30) after the O'Moore County defeated Meath 1-13 to 0-7 in their last-four encounter also on Tuesday night in Portlaoise.

Dublin settled into the game with two converted frees from Ciarán Archer and one from play from James Doran following clever play by Kieran Kennedy on the Wexford kickout to lead 0-3 to 0-0 inside seven minutes.

Dublin continued to hold the upperhand but missed some decent scoring opportunities and by the interval were 0-9 to 0-2 clear, having shot nine wides.

Wexford got their opening score in the 14th minute but Dublin replied with a fine point from Brian O'Leary following a move started by Kennedy and a brilliant reverse pass by James Doran.

A Ross McGarry free, following a foul on the energetic Seán Lambe, made it 0-6 to 0-1 after 19 minutes.

Before the break Doran, Archer (free) and Mark O'Leary, a first cousin of fellow forward Niall, tagged on scores to give Dublin a seven-point interval advantage.

Fifteen seconds into the second half Ciarán Archer struck for the only goal of the night after Donal Ryan had charged through the middle direct from the throw-in.

Archer (free) and McGarry, after making a great fetch from a Kennedy pass, moved Dublin 1-12 to 0-2 clear by the 39th minute.

Dublin weren't really extended after that though sub Conor Kinsella did kick fine point after running through the heart of the Wexford defence.

Before the finish Archer was denied a second goal by the outstretched boot of Wexford keeper Darragh Brooks.