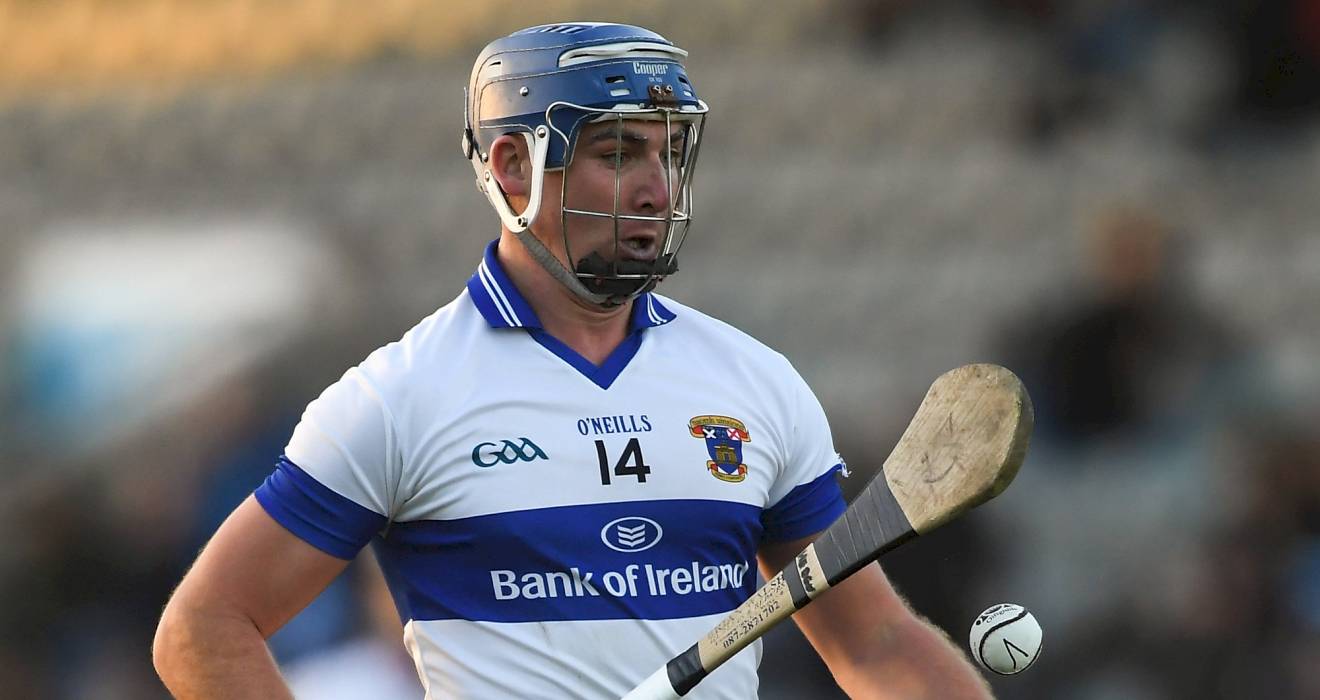 Vincent’s Back To Winning Ways In AHL Division One

St Vincent’s returned to winning ways at Pairc Naomh Uinsionn on Wednesday evening, producing a strong final-quarter to get past Lucan Sarsfields in Division One of the Adult Hurling League.

The Marino men were on course for a second consecutive defeat when they trailed by three points (1-12 to 0-12) on 43 minutes. However, with John Hetherton in top form throughout - and Rian McBride also exerting his influence - Vincent’s eventually prevailed in a thrilling climax to the contest.

On his return to club duty, Dublin senior hurler Chris Crummey was superb for Lucan. Following a mid-game switch to the forward line, he finished with an outstanding haul of six points from play.

While the 12th Lock men remain in a fight for survival, the presence of Crummey in their side comes as a timely boost ahead of forthcoming encounters against Ballinteer St John’s, St Brigid’s and Crumlin.

After the disappointment of the county’s exit to Laois in last Sunday’s preliminary championship quarter-final, both teams were eager to hit the ground running. Along with Crummey, Vincent’s duo Hetherton and Tom Connolly featured in that 1-22 to 0-23 defeat at Portlaoise.

Lucan wing-forward Ben Coffey has starred for the Sky Blues at underage level and he created early daylight with a brace of fine points. Kevin Fitzgerald proceeded to increase their advantage to three, before Vincent’s finally responded at the opposite end.

Centre-forward Conor Burke found the target on the right-wing - preceding Hetherton’s magnificent 0-2 salvo. This restored parity to the tie and Hetherton then converted a 40-metre free to edge Vincent’s in front in the 11th-minute.

Although Crummey - who started in his customary position of right-half-back - replied with an outstanding effort from inside his own half, Vincent’s reeled off three points in quick succession to take control of the play.

Either side of a Stephen McCarry strike, Hetherton landed a couple of set-piece scores to further enhance his ever-expanding personal tally. In addition to Crummey, Lucan were also able to call upon ex-county stalwarts Johnny McCaffrey and Peter Kelly.

McCaffrey (Dublin’s captain when they secured the Leinster SHC title in 2013) posted a point on the left-flank and while Hetherton once again displayed his ruthless streak for Vins, Kelly soon produced the goods to keep the visitors in contention.

When Sean McClelland delivered a long-distance free into towards the far square, the former All Star was on hand to flick beyond the reach of netminder Chris McCarry. This goal arrived at an ideal juncture as the hosts were threatening to dictate the tempo of the play.

Nonetheless, Hetherton (free) and Rian McBride ensured it was only a temporary set-back for Vincent’s. Fitzgerald added his second point in stoppage-time, but Lucan still trailed by two (0-11 to 1-6) at the break.

The interval switch of Crummey to the half-forward line - with Robert Ward moving in the opposite direction - proved to be inspired, however. Within 60 seconds of the restart, he cut the deficit to the bare minimum.

Donal Flannery opened his account off their resulting foray into the Vincent’s ’45’ and McCaffrey grabbed yet another opportunity at a tight angle to hand the initiative back to Lucan. Their tails were now up and with Flannery (’65’) and Crummey doing the needful, they made it six points without reply.

Rian McBride finally put an end to this scoring sequence with a 39th-minute point, but the increasingly-prominent Flannery kept Lucan firmly in the driving seat. The fresh legs of Johnny Walsh in attack were beginning to make a difference for Vins and he was soon joined by the equally-energetic Will Moloney.

By the time the latter arrived on the field 12 minutes from time, Hetherton (two) and Connolly had registered points to leave the sides inseparable once more. Yet, they were struggling to contain the rampant Crummey, who subsequently re-established Lucan’s slender lead.

It was at this stage that the Vins challenge pushed into overdrive, with four points in the space of three minutes turning the game on its head. Complimenting Burke’s equaliser, Rian McBride, Brian Bolger and Eoghan O’Neill split the posts to give the northside outfit the upper hand.

There was no doubting Lucan’s perseverance and thanks to Ronan Smith and Flannery efforts, the gap was back down to one. Like their Newcastle Road counterparts, though, a positional switch by Vins ultimately determined the outcome.

Centre-fielder Cian McBride transferred to the edge of the square late on and his brace of points offered Vins a much-needed cushion heading into time added on. Crummey raised another white flag to provide Lucan with renewed hope, but it wasn’t enough to prevent their sixth league defeat of the campaign.

Vincent’s will have a short turnaround before their next league outing - they host Crumlin at the same venue this Saturday.