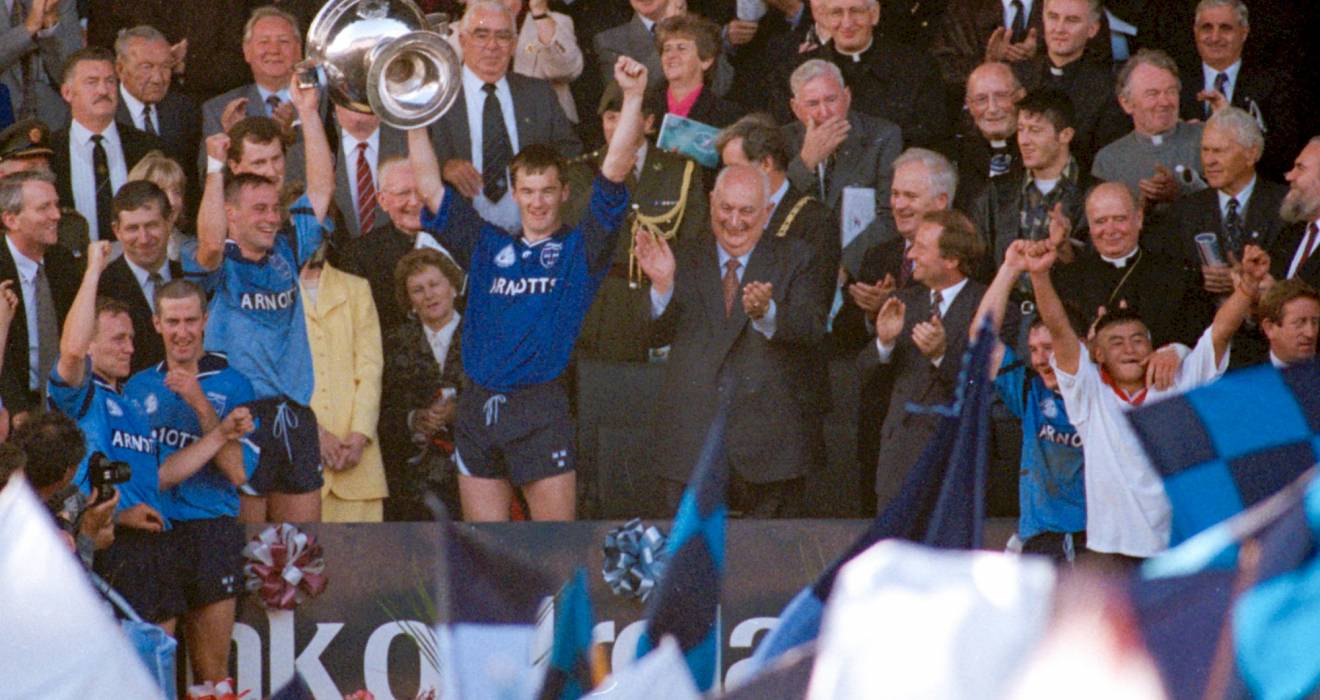 The Boys in Blue had been waiting since 1983 to claim Sam Maguire, suffering defeat in the deciders in 1992 and 1994.

Tyrone stood in Dublin's way in the 1995 All-Ireland Final- themselves seeking a first ever All-Ireland title.

Dr Pat O'Neill's charges weren't to be beaten this time however, with Captain John O'Leary lifting Sam on the steps of the Hogan Stand.

Watch the game in full above.

DubsTV's The Hop Ball looked back on that momentous win, with Eamon Fennell chatting to Dublin legends Redmond, Clarke and Vinnie Murphy.

Watch that in full here: